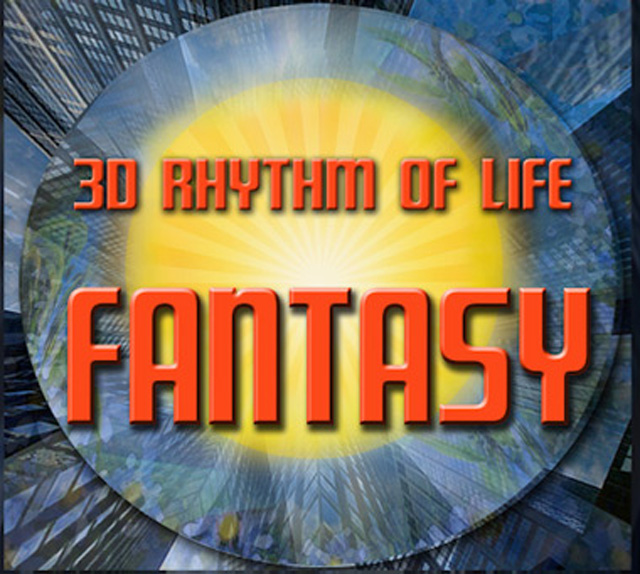 If only there was really a pot of gold at the end of the rainbow then the cover to Fantasy by 3D Rhythm of Life would really be rendered as a hologram so that it could be viewed in three dimensions. It turns out that it will not really be necessary after all as the D in 3D stands for Diverse, Danceable and Dynamic and even if that sounds less enchanted and more prosaic the music on this recording certainly does not. The Fantasy in the title makes reference to Earth Wind & Fire and indeed draws inspiration from the music of Maurice White’s iconic group and the stir it created from the 1970s until Parkinson’s Disease stopped him in his tracks in 2014, two years before his death.

3D comprises many virtuosos on their instruments who combine with several noted guests among them Raul Agraz on trumpet, and the percussionist Luisito Quintero and together with – and without these guests – they are especially rewarding both for the high quality of their material and for the frequency of their advanced virtuosity. While many of the extended passages for the solo protagonists progress in parallel thirds and flated fifths there are also other highly original passages of great beauty: for instance on “Things Will Change”, where a lyrical melody pursued by Chris Amelar on guitar is accompanied by Lenny Underwood’s restless arpeggios on the keyboard. Chris Hierro’s rap on “Que Siga La Rumba” is simply stunning.

The musical chemistry between Michael Tate and the rest of the instrumentalists is intuitive and gratifying. Songs sparkle with playful vigour while strategically placed solo movements are poetically declaimed. Some of the finest writing is found on “Things Will Change” and “Spell on You”, both of which also feature the vocalist Bonny Bonaparte with his unusual and arresting voice. However, that’s not to say the other repertoire falls short on performance. Soloists and ensemble respond everywhere to this wonderful music with passion, insight and feeling for the idiom that emerges as second nature. The two instrumental tracks: “Fantasy” and “I Wonder Why” provide the icing on this delicious cake.