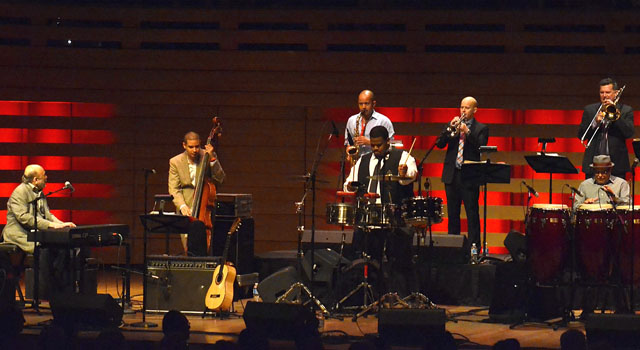 There is something very special about sharing a moment in time and space with a legend, an artist –a consummate musician- who has transcended the natural state of being a mere mortal to become a superhero in the eyes of many people. A man whose accomplishments put him on higher ground, and whose legacy touches and influences other artists, musicians, dancers… and listeners whose spirits get lifted with joy and pleasure through his artistry.

On Saturday, May 9, 2015, an audience that packed Koerner Hall experienced the first concert ever of Maestro Eddie Palmieri in Toronto. His aural presence filled the magnificent wooden hall. His role as entertainer went hand in hand with his role as educator, providing details and historical accounts about the music, setting up the stage for the themes being interpreted.

As part of the Royal Conservatory Special Music of the Americas, TD Jazz: A Salute to the Big Bands Series, Mr. Eddie Palmieri, founder of the now legendary bands “La Perfecta” and “La Perfecta II,” brought his Salsa Orchestra to Toronto, opening up the concert with a very emotional solo piano piece dedicated to his late wife, Iraida Palmieri. After this first theme, song after song from Mr. Palmieri’s extensive, and now classic songbook were revisited by a tight band following their charismatic leader. Muñeca, Palo Pa’Rumbá, Pa’La Ocha Tambó, Oyelo Que Te Conviene, Azucar Pa’Ti… filled the night with irresistible sincopated rhythms that made it hard for the audience to keep still on their seats. The great sonero Hermán Olivera projected his potent voice on top of the cascade of notes emanating from Eddie Palmieri’s piano, the melodic tres guitar riffs of Nelson González, the solid bass work of Luques Curtis, the exhilarating horn section integrated by Conrad Herwig, Joe Fiedler, Louis Fouché and Jonathan Powell, and a thunderous explosion of rhythm, “Little Johnny” Rivero on congas and Camilo Molina on timbales. It was indeed a night to remember. 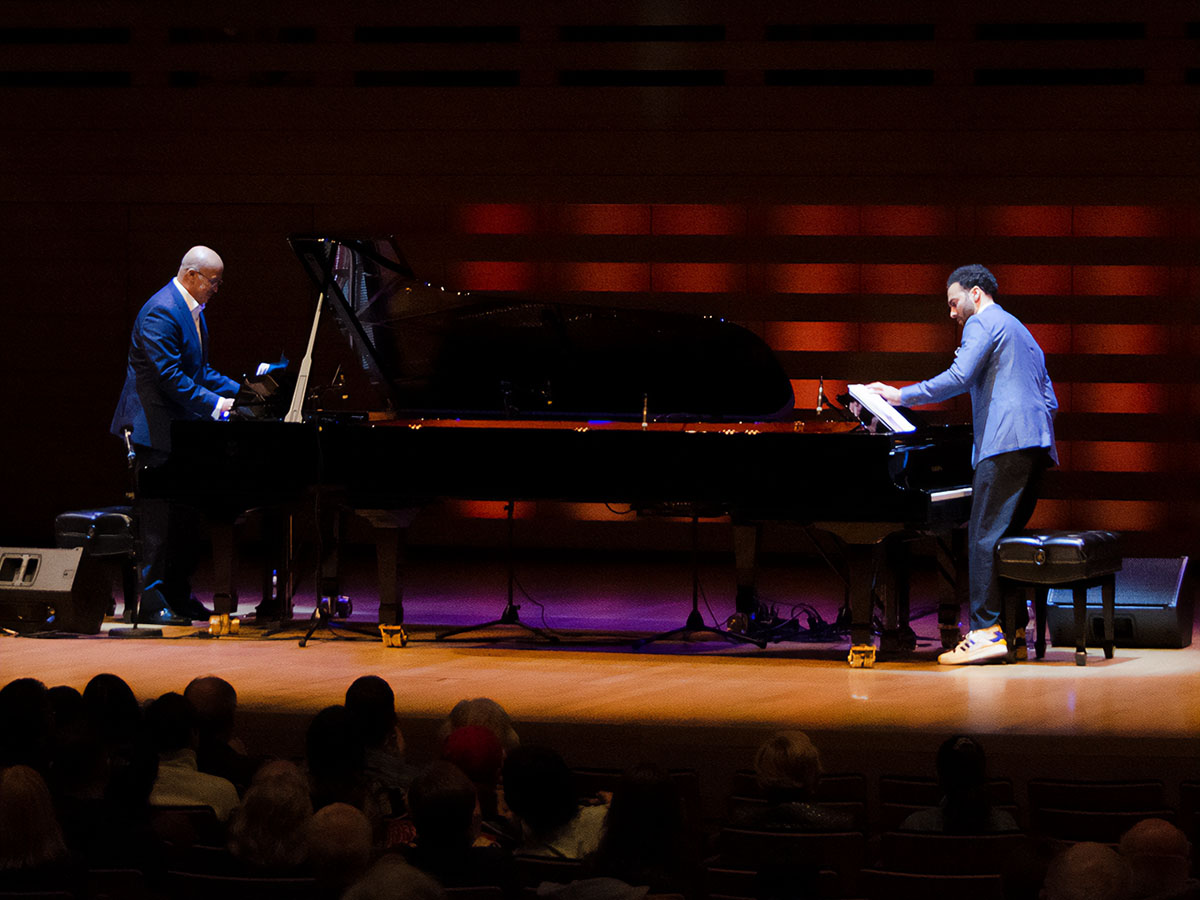