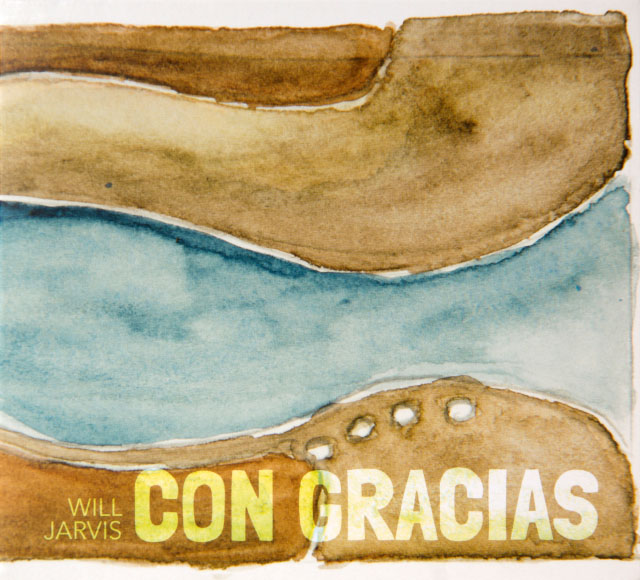 Saying thanks for the Afro-Cuban music that Canada has had the pleasure of being a part of is one thing; paying tribute in song is quite another. And when it’s done with the exquisite sensitivity and purposefulness as bassist Will Jarvis then you have a feast fit for an aficionado. Con Gracias is further proof that Canada is a bottomless chalice of talent, one that is overflowing with a virtuosity, studied grace and wisdom that rivals the cities of the US. That no one really pays attention is no smear on Canada, but rather one on the apathy of an industry that does not seem to sniff profit north of the border. And we ought to give thanks in some respect because although this music remains relatively unknown, its creativity and purity has been preserved and not over commercialised.

Will Jarvis is a rather good example of this. The bassist has been making a quiet noise in the portals of Toronto’s Humber College, rarely playing in the city’s clubs, but raising young musicians in the secrets of the bass – and music in general. His students are twice blessed and you can easily see why. Con Gracias is a rather fine album indeed. Jarvis is a kind of fire starter who stokes the flames of the music with clave and just as cleverly cools things down with west-coast hipness. He does not do this alone.

The truly stellar cast on this recording includes pianist Hilario Durán, plucked from the pantheon of Afro-Cuban music just as Chucho Valdés, Gonzalo Rubalcaba and others were. No less an eminent figure from the Toronto music scene is flutist Bill McBirnie who plays with the grace and facility of James Galway, no less. And then is Don Thompson, a musician who has gone unnoticed for all these years, but who is a multi-instrumentalist with a frightening virtuosity on every instrument (piano, bass, vibes and God only knows what else) he plays.

Having someone such as Hilario Durán on your record keeps you in perfect clave. But Will Jarvis is no slouch either. His playing is pointed and focussed on what’s on, ahead and behind the beat. He is a master of rhythm and of melody. In general he has his fingers on the pulse of the proceedings, but every so often he cuts loose and that is when you see the melodic side of the bassist. But you must be on guard for these melodic flurries or else you will miss them as they go ever-so-smoothly by. And then there is wonderful sense of the song form of the Afro-Cuban realm. I like, especially, his beautiful bolero, Pacientemente.

It is not only Cuban music that graces this performance. There is also a classic Afro-Peruvian – the balletic and appropriately titled Ballerina – landó early on in the performance, whose star is Luis Orbegoso, another percussion colourist who has been hiding in plain sight in Toronto. The recording picks up speed from here on and Orbegoso is at the heart of the proceedings. Listen to Nuevo Afro and you’ll hear his wizardry. Listen and be amazed. This is an album which can do that to you.

Will Jarvis is a busy freelance bassist, composer and educator who has been active on the Toronto music scene for many years. Will’s affection for Afro-Cuban music began in the 1990s when he first played with some of the Toronto-area Salsa and Latin Jazz groups. During this time, Will had the great pleasure of performing live with Afro-Cuban giants Tito Puente, Gonzalo Rubalcaba, Dave Valentine, Hilton Ruiz and Luis Conte. Read more…