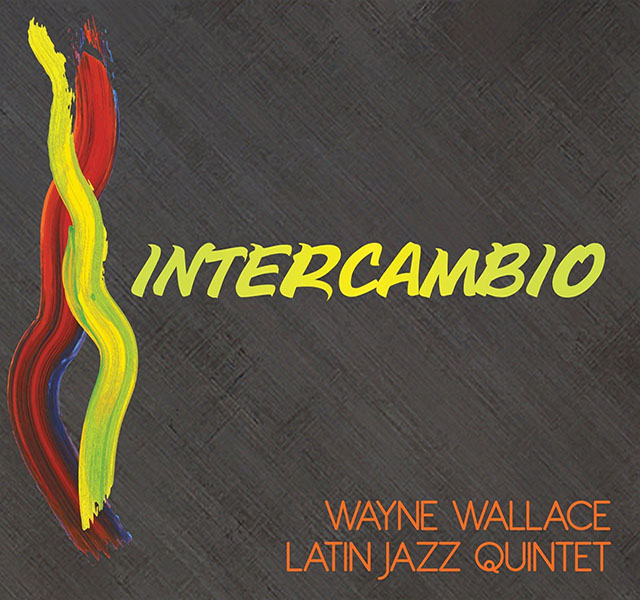 Wayne Wallace has accomplished more than most musicians do in a lifetime. He has done so not merely because as a musician he is ubiquitous but he has his own label through which he gives deserving musicians in the Latin Jazz idiom a break. He also is practically through his Salsa de la Bahia projects keeping the flame of that idiom alive, with a handful of musicians, on the West Coast at least. Notwithstanding all of the above, Wayne Wallace is simply one of the most gifted trombonists playing today and that too, in any musical idiom. And he uses all of these eclectic gifts almost unobtrusively except when he makes a record that ends up receiving not enough accolades it deserves. Intercambio is one of those records.

That the Wayne Wallace Quintet is also one of those groups of musicians that seemingly can do no wrong is also a fact to reckon with. This series of ten songs contained on this disc are both as technically sublime and unselfconsciously musical. Moreover the pieces are brimming with passion and Mr. Wallace’s performances are magnificent so much so that everything might pale in comparison. But that, happily, will not happen. The quintet also comprises four other fine musicians in the persons of David Belove, Colin Douglas, Murray Low and Michael Spiro, and a host of other musicians whose cameo appearances are sprinkled like so much magic tinsel-dust throughout the record.

And how Mr. Wallace can swing and dance. He has got the technique, taste and temperament in spades while cleverly arranging many of the tracks (the other arranger being the ineffable Michael Spiro). Through it all Wayne Wallace retains an almost classical poise. And he is mesmerising. His tone polished and always sounds gilt-edged. Most of all Mr. Wallace is the epitomé of a perfectionist, seemingly finding the right note each time he breathes into his gliding horn and placing it in the most exact and tasteful spot in a phrase. HIS lines are usually long and curl and swoop like geometrical arcs gone completely mad. Sometimes he plays short, stabbing phrases that are like the moves of an epée caught up in the cut and thrust of combat.

The songs on this album can rightly hold their own as some of the great accounts of melody. With smart and elegant harmonising and inexpressibly spot on polyrhythms each song—whether an original or a reinvented one by another jazz great—is a masterpiece in its own right. When something like this happens on an album, they pass like all-too-fast comets across a glittering sky dotted by other Wayne Wallace performances. Still “Como Vai” can hold its own with “Solar” as do the other songs on the record and you can hit the replay button on your CD player as often as you want to. You will not tire of those or any of the other charts on this disc.

If I’m allowed to pick a favourite it would be J.J. Johnson’s “Shutterbug”. The elegance of the trombones leaves me breathless. Every note that Wayne Wallace plays here seems to have been captured for posterity. He shows unrivalled energy, clarity and Jove-like command. His tempi are also ineffably lovely and the intensity with which he plays throughout is what makes this album one of my favourites going into the second half of 2015.

The Wayne Wallace Latin Jazz Quintet is the crème de la crème of musical talent that has emerged from the San Francisco Bay Area. Each member of this quintet possesses infinite creativity and extensive experience in ensemble play. In one form or another, these artists have performed, toured or recorded together for more than 15 years. Read more…