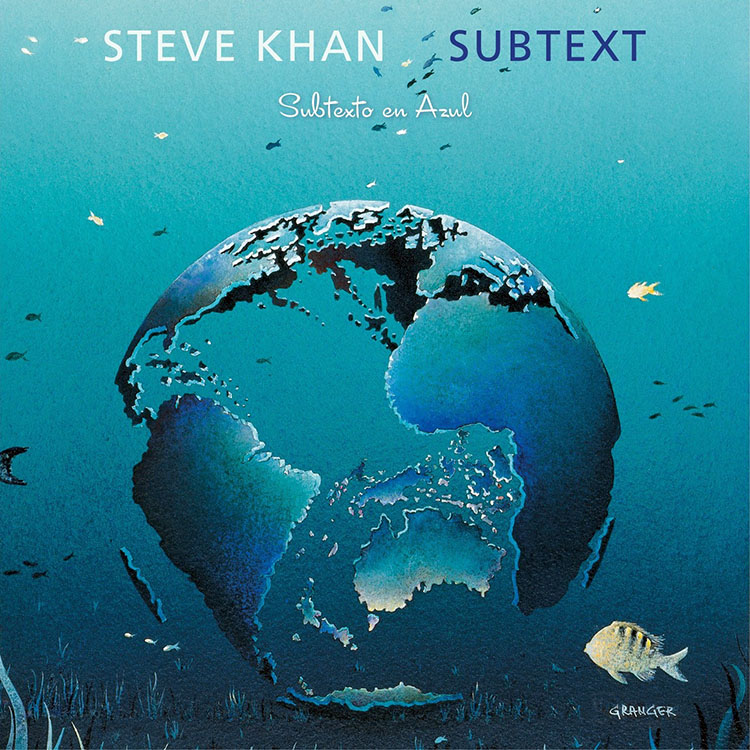 Steve Khan has never been a shy guitarist, but in the commercial world he appears a bit diffident. This is probably why he makes one album a year or maybe one album sometimes every two or three years. But judging by the work on each, he is perfectionist. Consider Subtext which features not only exquisite repertory, but magnificently craftsmanship on each of the songs. His playing is of a remarkable gliding kind. Notes seem to roll off his strings in phrases that form wide arcs that carve the air with magnificent motifs and incredibly beautiful melisma. Mr. Khan probably sees curving geometric architecture in all of his music. Thus his songs are edifices that seem to be constructed by twisting and curvy lines ultimately forming magnificent structures in the air around the room in which his music is being played. It seems that he can do this alone, without the aid of any other musician. Happily, though, he has resisted the temptation—here at least—to perform in such a manner as to relegate his extraordinary musicians and guest musicians to mere back up. In fact, as is evident on the very first chart, “Bird Food” Randy Brecker makes a superb contribution to the “harmolodic” subtext of Ornette Coleman’s original song. Mr. Khan sometimes does both melody and harmony all rolled into one and rightfully so as his gliding style often mimics Mr. Coleman’s “harmolodic” piece. And to put a further beautiful stamp on the Latin Jazz idiom, he allows the three percussion colourists to stretch magnificently as the music devolves and is brought to a close.

Lest it appear that that chart if the only shining example of Mr. Khan’s extraordinary repertoire on this album, it is time to perish the thought. He brings the music of three great and remarkable musicians into the Latin Jazz idiom. The first of these is “Baraka Sasa,” written by Freddie Hubbard. Transposing this music for guitar and percussion Mr. Khan has done a yeoman’s work in turning Mr. Hubbard’s bebop wonder into the realm of Latin Jazz literature. Then he (Mr. Khan) turns his attention to Wayne Shorter’s classic Blue Note era composition, breathing Latin fire into it in the manner of a bright blue flame. As if this were not enough, Steve Khan turns his attention to Thelonious Monk—always a challenge to play in any idiom; more so in the Latin Jazz idiom. It is easy to be facetious when playing Mr. Monk’s work, sometimes even ignoring the contribution of his doppelganger and saxophonist, the great Charlie Rouse. And while even a tenor saxophonist is absent here, Mr. Khan has made sure it is not missed (well, sort of) by cleverly fleshing out the soli and harmonies and focussing on Thelonious Monks lines.
Lest it be felt that Steve Khan would rely only on well-known repertoire to make his album stand out, here’s one that few (even aficionados) would recognise: It is the mighty “Heard,” a feature written by the dominating alto saxophonist and mBase practitioner, Greg Osby. In fact the development of the song, based on mBase principles means that it is organically developed from its core melody; something that is difficult enough to do even without the Latin inflections and rhythms. And although the song sounds far from its original, it is nevertheless a very interesting prospect. The Brasilian chart, with Mariana Ingold is superb as is the Ray Evans and Jay Livingston piece. But it is also Mr. Khan’s beautiful songs that are star attractions. This is a wonderful album to study the work of a shy but important guitarist.