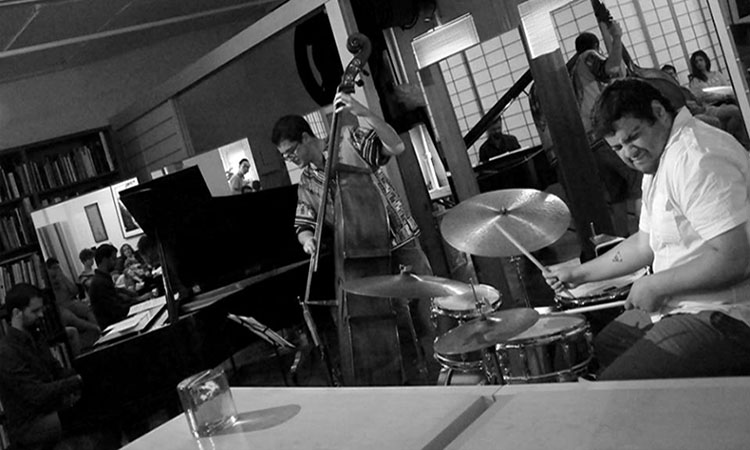 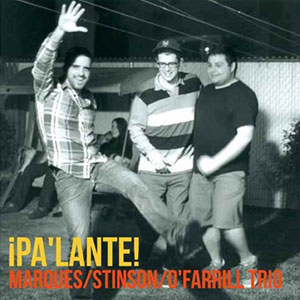 The pianist Albert Marques, bassist Walter Stinson and drummer Zack O’Farrill are making enough of a beautiful noise to make listeners and critics sit up and take notice. Their music is razor-sharp and features an attempt to re-define the now blurred lines between the metaphors of Afro-Latin rhythms and Jazz. Remarkably they are doing it as a trio, without the help of a large retinue of percussionists and brass, and woodwinds. Their music is “large” enough to be daubed onto the enormous and now continuous canvas of the two idioms and is rocked by jagged melodies, attentive harmonies and jumping rhythms all of which contribute to the rather surprisingly effective architecture of the songs they play. Each of the charts erupt in a blaze of brilliant fury and yet in long term the trio’s formidable articulacy is announced with astonishing clarity each time they begin, then continue to play.

The jagged nature of the music is not really a disturbance simply because each jerk is informed by the step of a Latin dance or the contemporaneous hip-hop gallop. The notes of the piano, varying from pianissimo to fortissimo so to speak becomes a mighty crescendo when the trumpet of Adam O’Farrill joins in. Then the music is abuzz with the fierceness of a hornet’s nest and the underlying harmony by the bass is brilliantly set alight. Then the music becomes warm and it is not long before the temperature rises until the music becomes white hot and burns to a crisp. Just as sharply it cools yet passions do not abate. Such daring-do is the brief of much more mature musicians who have been long since comfortable in their skins. That this trio of musicians is able to reach this stage in their music is a credit to their confidence in their art and have a singular vision of how disparate forms and idioms must work, making all of the pieces very much their own.

Albert Marques is a pianist who views the music as more important than the interpreter, and this is true of Walter Stinson as well as Zack O`Farrill. What emerges is a refreshingly clear sense of structure and clarity, qualities emphasised by the spiky nature of the recording. This is eminently clear from the edgy “Eres Mia.” There is tensile strength in the reading of “Cosmic Lullaby” even though the material for the song comes from a nocturnal melodic strain that has variations of a few chords and a minor figure running throughout the song. In the slow and ruminative parts of the music the bass climbs into the high register but still has an engaging tone and manner. It would seem that the music heats up towards the middle of the recording and is fiery by the time the end of the album is near, especially after the brilliant Spanish and English rap interlude on “Azúcar” with the help of the ingenious rhyming by Circa 95. However that is only a clever ruse on the part of the musicians. There is plenty of contrast throughout the album.

Musically speaking this is a highly accomplished effort on the part of these three musicians leading the listener unerringly through the most extraordinarily varied landscape of sounds, while the wispy ending is simply breathtaking in the hands of the trio.

Walter Ashford Stinson is a bassist/composer from Ithaca, NY. Beginning the study of upright bass at the age of 10 and growing up with a mother who would sing and play jazz standards at the piano, Walter was exposed to a diverse range of music from a young age. He was also fortunate to study with some unsung heroes of the New York City jazz scene, namely bassist Bernie Upson and drummer George Reed. Walter has also studied privately with Nicholas Walker, John Clayton, Doug Weiss, Scott Colley, Larry Grenadier, and Todd Coolman and has performed with Hubert Laws, Rufus Reid, Antonio Hart, Chris Potter, and Arturo O’Farrill. Read more…