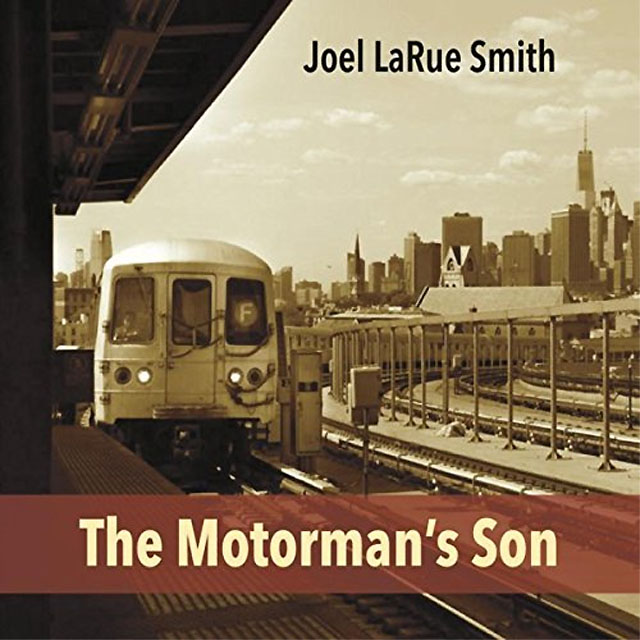 Joel LaRue Smith is one of those rare pianists who has the ability to play proficiently in almost any musical scenario. Blessed with the most extraordinary technique, he is able to deploy this singular ability to Jazz, improvised music, classical music and quite breathtakingly to Latin Jazz as well, and he is extremely good in each style. Significantly, however, both his recordings – September’s Child (2008) and now The Motorman’s Son – lean heavily, if not entirely, towards the Latin Jazz idiom. No matter in what realm he decides to reside, however, his pianism is breathtaking.

Helped by an excellent instrument and vivid engineering, Joel LaRue’s sinewy sonority and fiery accents bode well for a highly charged set. The music spontaneously combusts very early in the proceedings; from “The Seed”, the very first track as a matter of fact. Playing with vibrant ‘tumbao’, LaRue Smith showcases both the lyrical and ecstatic aspects of his writing and his playing. The relentlessly forward momentum of the music proceeds from here. A bold interpretation of “Manteca” comes next. The performance of a song, so integral to Latin Jazz, can be a challenge to a lesser musician, but Joel LaRue Smith, who once sat comfortably in the ensembles of Mario Bauzá, turns it into a rhythmic passacaglia with wonderful contributions from Wilson “Chembo” Corniel on tumbadora, Tiago Michelin on drums and Flavio Lira on bass. LaRue’s guaguancó, “The Reverence” that follows further suggests that what is to follow has the makings of a masterpiece.

The Motorman’s Son features a powerful brass and reeds contingent and includes the masterful Carlos Averhoff Jr. and Charles Langford on tenor and alto saxophones respectively. Together with Jeff Galindo and Takahide Watanabe the quartet of horns engages in sinuous and impassioned conversations both among themselves and together with LaRue Smith as well. This is novel horn instrumentation. Very few Jazz or Latin Jazz ensembles would take a chance on performing without a trumpet, the heat of which is almost de rigueur for the music to excel. But this risqué leap of faith certainly pays off in The Motorman’s Son not the least because of the vitality and poignancy as placed in the music by Galindo and Watanabe. There are many defining moments on the recording, but by far the most memorable is the comparsa that separates two sections of “La Ruta Alterna” and it is on this track that the horns are in full-blooded form.

Throughout it all Joel LaRue Smith is explosively colourful in both his pianism and his orchestrations. His soli are dramatic, tensile and emotional. His clean articulation always makes for refreshing, piquant and poetic lines and his phrasing is uniquely accented and rhythmically explosive. Despite covering a wide range in time and place – from “Manteca” to “Nefertiti” – the overriding sensibility here is palpably Afro-Cuban. Meanwhile Joel LaRue Smith succeeds neither by conserving nor jettisoning his African-American background but rather by emphasizing the elements that resonate best around him.