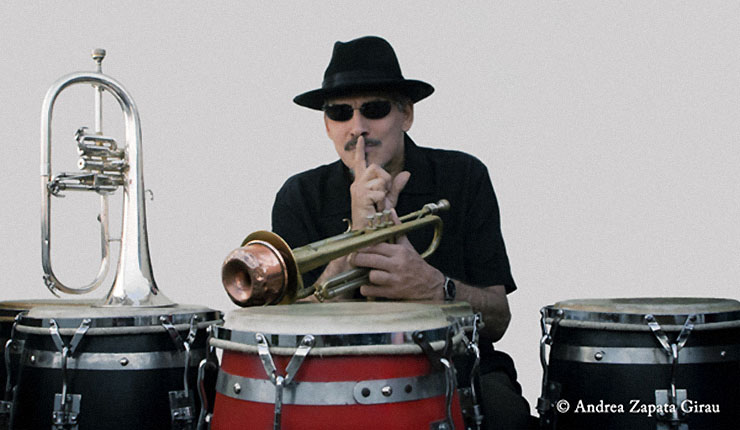 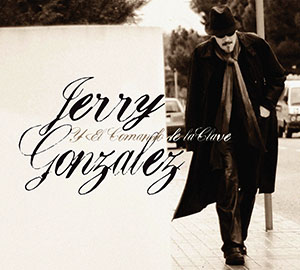 When considering living modern masters of the trumpet, ubiquitous in the world of brass, Wynton Marsalis comes to mind first; and Terence Blanchard perhaps, but certainly not Jerry González. This is a travesty, because in the warmth and bronzed glow of González’s sound there is a singular mystical majesty that deserves infinitely wider recognition than the trumpeter gets. Before the reason was that he played in an idiom that was more insular than mainstream and now that he resides for the large part in Spain, he is less frequently recalled even in remote circumstances. This case of being out of mind is more common these days even as there appears to be a large volume of good music being released. Perhaps his extraordinarily beautiful album, Jerry González, with his relatively new Spanish ensemble El Comando de la Clave, will change all that.

This group of musicians elevate González’s music in a way that is reminiscent of the manner in which the trumpeter’s bassist brother Andy and other musicians such as pianist Larry Willis from the erstwhile Fort Apache Band once did. Coincidentally so does his current bassist, Alain Pérez and the brilliant pianist, Javier Masso “Caramelo” do wonders to fluff out the trumpet and flugelhorn on this album. However, it is the consistently intense, fiery and profound playing by González that stands out here. Of course González is his usual irreverent self, renaming such sacred standards as “Someday My Prince Will Come” as “Someday My Prints Will Come (Back From the FBI),” a deliberate swipe, no doubt, at the still-prevalent and somewhat institutional racism that holds sway in many parts of the US. This is contrasted with the depth and beauty of his tone on this and other charts on the album. For instance, his reading of “Tenderly” is slower than expected, yet with a sense of the true heartache embedded in the song’s narrative. Moreover his playing is soft; his articulation is barely above a whisper at times and this is where González sounds at his sensuous best.

González is as brilliant an improviser as he is a melodist. He is like a master-weaver when he plays, weaving color and subtle shades into a musical tapestry that is beautiful and rare. His phrasing flutters airily across this artefact that becomes the trumpeter’s playing field. Sometimes he rises slowly and vertically as he moves his phrases onward; at other times he races horizontally as if reaching out for some vanishing point in the song that he is “singing”. And just when it appears that he is all but lost, he recovers abruptly, takes a dazzling break on his alternate instrument—the congas—and reins himself in again on trumpet or flugelhorn, finding his silken voice and the lost melody again.

The album is truly flawless from end to end, but several performances are monumental. The turning of “Love for Sale” into a personal statement is one. González leads the ensemble in what must surely be one of the finest versions of this piece. It is no more a lovelorn ballad that it is purported to be. But while still retaining its balladry, González turns it into a sensuous melody full of ebullient twists and turns between trumpet and percussion. Then on Duke Ellington’s “In a Sentimental Mood” the ponderous quietude of the song is transposed, with a voluptuous Latin tinge into a dramatic contrapuntal excursion between voice and trumpet, presided over by some miraculous-sounding triplets on bass. And, of course, the duende of Diego El Cigala’s voice drives the music of “Avisale a mi Contrario”. That and González’s molten, brassy lines make a magic so rare and powerful that the sound of the song—and the album—lingers a lot longer than the last single note played by the trumpeter, thus confirming that Jerry González is everything that a great virtuoso is cracked up to be.