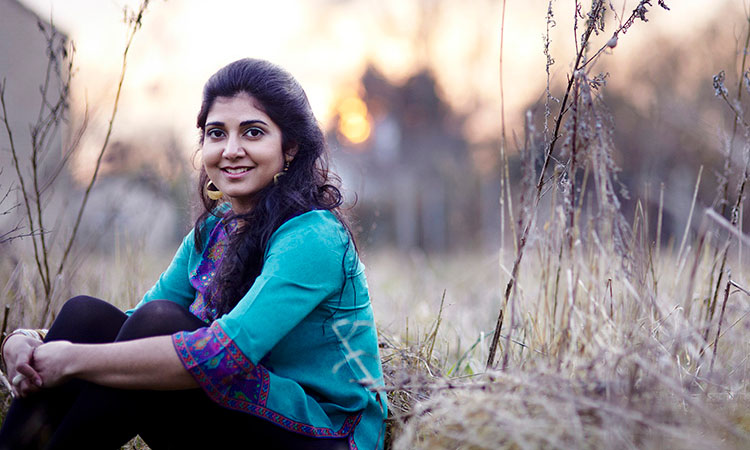 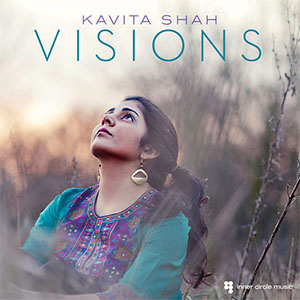 To say that Kavita Shah is an artist like no other is not really saying anything new. It is in her singular voice and the tone and manner of her marvellous music that she shines like a star from another galaxy. Ms. Shah brings to her art the exquisite and classical ethos steeped in the music of West Africa in a seamless mix of art that is steeped in the jazz idiom. More than anything else, Kavita Shah is a compassionate singer. The reconstruction of songs that are part of her repertoire on Visions are distinguished by the soft details that she makes sometimes more lyrical than the originals. Additionally Ms. Shah treats the music with a light touch and a surfeit of colour the likes of which is rarely perceived in vocal music no matter what the idiom and metaphor is used. The rich tone of her music is beautifully paced by the arrangements that she shares with the monumental efforts of the guitarist and producer Lionel Loueke. Ms. Shah is exquisitely persuasive as she brings the vocal lines which features a mystical vibrato and points to the poignant and spiky brilliance of her handling of melodies.

All of this is in evidence in the adventurous vocal leaps of Joni Mitchell’s “Little Green” a song that Ms. Shah treats in her inimitable soaring soprano. There is an unguarded emotionalism in most of the music on this recording. Ms. Shah’s reading of Stevie Wonder’s “Visions” is sultry and marvellously original. In the course of the vocal, the song seems to cease being a vocal rendition and becomes a palette of colours used to daub a mighty aural canvas. In the rendition of M.I.A’s “Paper Planes” there is a clear breaking away of the pop idiom as Ms. Shah works with both Steve Wilson on soprano saxophone and with the monumental guitar of Lionel Loueke to transform the chart. Now the music boasts exquisite vocalastics with a tricky Indian rhythmic confluence with jazz that is a combination of ethereal and concrete imagery. Her reading of Antonio Carlos Jobim’s “Triste” shows her to be sensitive to the Brasilian master’s lyrical chart and although her Brasilian accent is slightly affected by an American twang this sits comfortably with the song that is no longer that lilting melancholic verse after verse that Mr. Jobim sang in his whisper-soft, slightly off-key version, but in a penetrating and articulate jazz-tinged version.

What sets this album apart from the slew of Indo-American exercises in fusion is the fact that the music actually blurs the lines that separate the respective metaphors and idioms and in the Afro-Brasilian music of “Oju Oba,” Ms. Shah once again combines with Lionel Loueke, who also plays vocalist and percussionist on this chart, and the rhythm becomes emboldened by the Jazz metaphor mixing major and minor modes in a joyous version of Edil Pacheco and Paulo Cesar Pinheiro’s original. If there can be a double crowning glory to the recording it would be in the sensitively re-shaped version of Wayne Shorter’s brilliant “Deluge” and in the monumental “Rag Desh”.

Hailed by Downbeat Magazine as the “Best Graduate Jazz Vocalist” (2012) and winner of the ASCAP Herb Alpert Young Jazz Composers Award (2013), Kavita Shah is gaining a reputation as a visionary young singer, composer, and arranger. A native New Yorker of Indian origin fluent in Spanish, Portuguese, and French, Ms. Shah incorporates elements of Indian, Brazilian, and Malian music into her jazz-based repertoire. Her debut CD, Visions is produced by Benin-born jazz guitarist Lionel Loueke and combines the sounds of the traditional Indian tabla and West African kora with those of a jazz quintet. Read more…