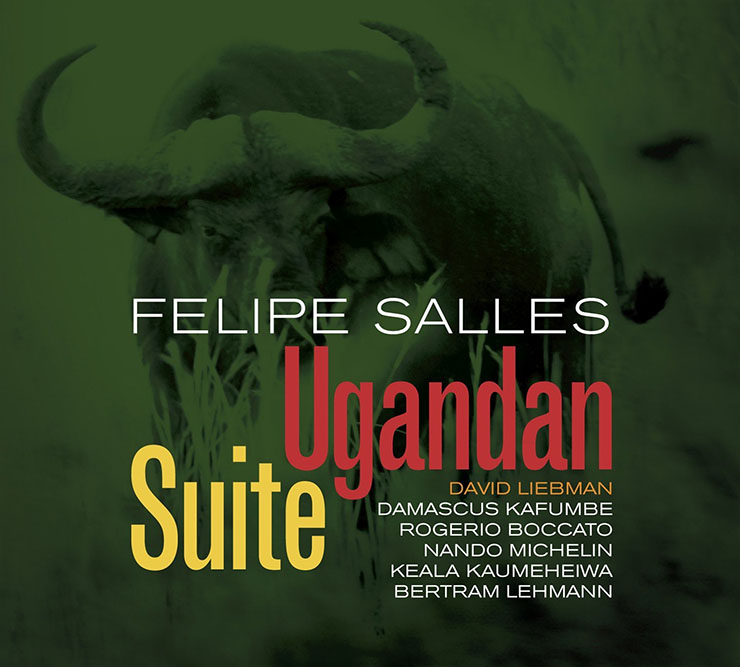 Few practicing musicians in the Jazz idiom have perfected the composition of a suite in the manner that the great Duke Ellington did in his lifetime. This is probably because the writing and performance of a suite in jazz is deceptively simple. There is unifying musical theme and idea, which then devolves into several movements, each with a variation all its own. Then there is the individual atmosphere in the movements characterised by broad variations in melody and harmony and, perhaps subtle similarities in rhythm. And finally, because the music employs a jazz idiom, there is improvisation—derived from the cadenza in a classical suite—that makes each moment of each movement unique. Memorable suites, such as those written by Mr. Ellington created a unique musical language, adding great volumes to the literature of music. Felipe Salles may be young at this art and might have composed just two suites to date, but he shows every bit of skill, musical intellect and, indeed much ingenuity at this form of music. First there was his South American Suite (2007) and now there is the uniquely complex and utterly exquisite Ugandan Suite. But why Uganda? Why East Africa?

Of course it will never be entirely clear, but it might be worth hazarding a guess. First of all Africa lies at the dawn of man. It is there that the most primordial, yet sophisticated ecosystem of man and the habitat of nature exist. It is also from thence that Egyptologists such as the great Senegalese, Cheikh Anta Diop, surmise that all cultures were born, if—and this is proven—that pithecanthropus erectus developed and society was formed before the great migrations of the human diaspora. Now this is the unique presumption of Felipe Salles in The Ugandan Suite; certainly that is what the music says in a noble manner albeit that the five movements are named after the animals found in the Ugandan prairies. Here’s how this unfolds.

In the majesty of each movement the composition of the work features a series of dancing musical expressions that shuffle like the thunder, trundle and leap with excitement just as the communities of ebullient societies in all of Africa (with a focus on Uganda, of course) indulge in for ceremonial occasions and just plain happy ones. The notes of Dr. Damascus Kafumbe make detailed reference to these with the awesome virtuosity of his performance on various plucked, bowed, blown and struck instruments. His notes to the recording provide further reference to the cultural origins of these dances and rhythmic/percussive expressions. Then there is the celebration of the relationship between man and animal and animal and animal which is expressed in the macro and microcosm of each movement: bird and buffalo, elephant and its migration, the stately leonine character of the final movement. Predator and prey; hunter and hunted—all of which exist in the harmony of God’s greatest creation—this good earth.

What character and what virtuosity are on display here. Felipe Salles is a master of the reeds he plays and he occupies the lower registers of saxophones, growling with a great sense of gravitas, bringing cave paintings and rich modern tapestries to life with his flying and magical fingers. Dave Liebman occupies the higher registered-horns; flutes, soprano saxophone etc. HIS is the music that leaps like an excited gazelle sensing the imminent attack of the leopard and the lion. The thundering percussion of Rogerio Boccato and Bertram Lehman together with melodic and rhythmic intensity of Keala Kaumeheiwa’s bass underpin the rhythmic world of the music, Nando Michelin’s piano defines the delicate beauty of the landscape, while the great Damascus Kafumbe and his myriad instruments defines its unique character. Yet, although individual technical wizardry and expressive instinct creates the basis for the appreciation of this music, it is in the sum of these parts and in the totality of the movements that its great personality emerges. And for this its composer is worthy of special praise for his unique intellect and mastery of the Afro-centric nature of jazz. Bravo Felipe Salles.

A native of São Paulo, Brazil, Dr. Felipe Salles is an Assistant Professor at of Jazz and African-American Music Studies at the University of Massachusetts Amherst since 2010. Being an active musician in the US since 1995, he has had the opportunity to work and record with prominent jazz artists like Randy Brecker, David Liebman, Lionel Loueke, George Russell, Gunther Schuller, Sam Rivers, Herb Pomeroy, Jerry Bergonzi, Jovino Santos Neto, Oscar Stagnaro, Duduka Da Fonseca, Maucha Adnet, Tony Lujan, Luciana Souza, and Bob Moses. Read more…