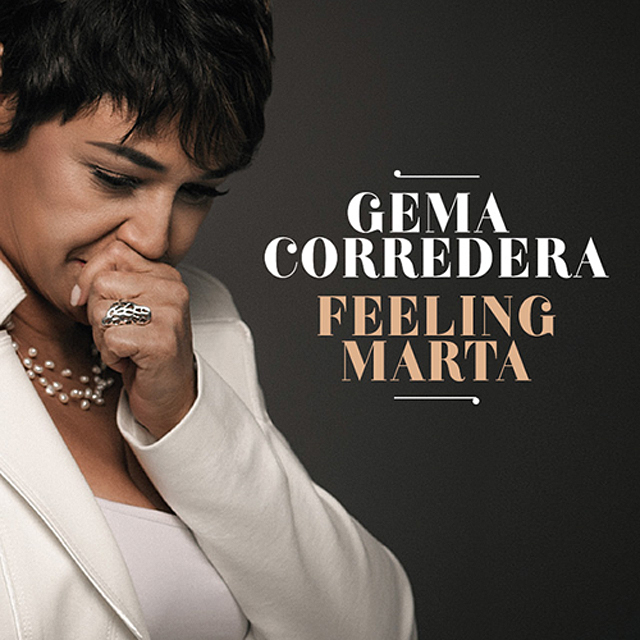 To sing Marta Valdés, one has to become Marta Valdés. Gema Corredera becomes the presiding deity, Marta Valdés, on each and every one of these 14 boleros that we are fortunate to have on Feeling Marta. It is an appropriate title as Corredera is not only teleported – as are we – to a Cuba of long ago, when the legendary trovadores and trovadoras held sway; perhaps even before… as she slowly conjures the dusky timelessness of a country and its people, bodies locked in an interminable dance of passion and humanity long after the comparsa is over and couples have come together to celebrate with whispered desire of the bolero, in the everlasting lyricism of its poetry; in the metaphors of Marta Valdés.

It is, of course, not the first time that the living legacy of Marta Valdés has been celebrated, nor will it be the last time. In 2015 itself, Haydée Milanés, the daughter of the nueva trova icon Pablo Milanés, released her tribute Palabras, a critically-acclaimed recording. The emotion that Haydée Milanés brings to Marta Valdés intensifies in the sensuous contralto of Gema Corredera, whose phrasing brings infinitude, and a darker anguish to the lines “Palabras/quisiste con palabras engañarme/fingiendo comprender mi sentimiento,fingiendo que tenías corazón” (“Palabras”) from arguably Marta Valdés’ most iconic song. With a voice seemingly fashioned from equal parts genteel mariposa and darkly sinuous mahogany, Gema Corredera does ample justice to the source material’s soaring lyricism and tender warmth. Her glorious voice is fittingly complemented by sumptuous arrangements of the poetry. Her duet with the Spanish star, Martirio on “No es preciso” is another thing of beauty.

The recital brings together some rarer gems from Marta Valdés’ songbook as well using the weight and vanishing vibrato of her voice to make lines dally and fade in the memory long after they evaporate in the recording. This gives a sense of an unfolding tapestry that grows out of Marta Valdés’ astonishingly forward-looking music. The album is laced with a gratifying sequence that begins with “Palabras” continues with “Canción Fácil” through the anthemic “Por La Habana” all the way to “Mas Allá de la Música” at the record’s end. While Gema Corredera accounts for the mystique of the music, much of its magic comes from the pianism of Roberto Carcassés, the tone colours of Carlos Ríos’ bass and the percussion colouring of the young Yissy García, who has also been bringing much of the same to the music of Jane Bunnett and Maqueque, of which García is a founding member, and to her own group Bandancha. Drummer Oliver Valdés also contributes his own unique skills on two tracks. Of course the celebration and thrill of “being” Marta Valdés belongs to Gema Corredera.