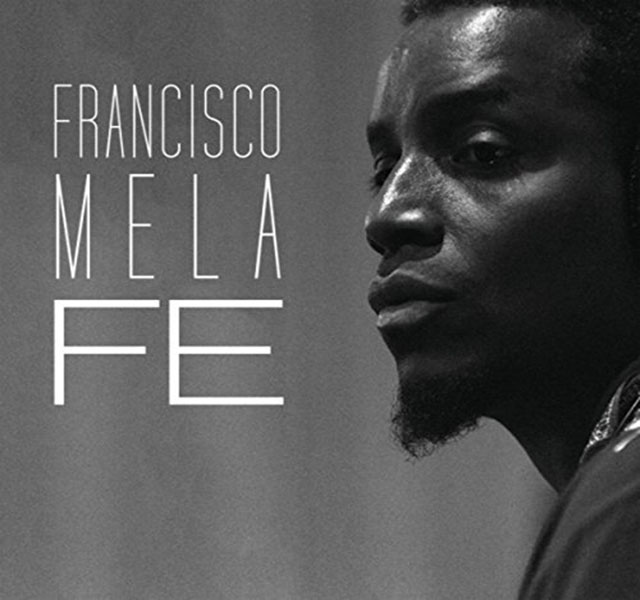 Of all the new generation of drummers playing in America today, Francisco Mela is probably the only musician who combines the most visceral polyrhythmic aspect of this, one of the world’s oldest means of musical communication, with the contemporary articulation of a percussion colourist. Mela also has one of the most mercurial and quickest-thinking brains in music and can be both powerful and lucid, turning on a dime from an almost other-worldly, hallucinatory voice to a musician with a painterly, patrician demeanor. We experience both aspects of Mela on Fé, a remarkable recording with what he appropriately describes as The Crash Trio.

We also experience something that is, sadly, not common in other musicians his age for unlike many he has an extraordinary sense of history. You hear this is the manner in which he carves his music from ancient, primordial musicality through classic New Orleans marching rhythms, the Cuban comparsa and swing, through the wildly ricocheting rhythms of bebop to the rarefied, irregular meters invented by modern players like Rashied Ali and others. But Mela is no throwback. He is a modern one-of-a-kind musician. The ten compositions on this recording give ample notice of his contemporaneity. Piquant, profound, airy and artful, the music of Francisco Mela not only effectively tames the beast of rhythmic freedom, but also ignites melodic fires every so often for pianist Leo Genovese, bassist Gerald Cannon and John Scofield (when he appears) to interpret and play.

And there’s also astounding variety of mood and emotion when you most need it. Consider the thundering gallop in ‘Ancestros’, in the song’s alternation of volatility and sultry meandering. The bebop-inflected ‘Don McCoy’ offers a phenomenally articulate through the most enduring form of Jazz. ‘Reflections’ is dreamy, yet played with clear-eyed accentuation. In ‘Just Now’ he teams up with the trio plus John Scofield to render music that’s utterly joyous and swinging. Through all his seemingly cerebral and intuitive personae, Francisco Mela’s drumming and his music is rendered fresh by the myriad shadings and colourings. Combine this with an untamed heart and you have a rapturous, unforgettable musical experience.