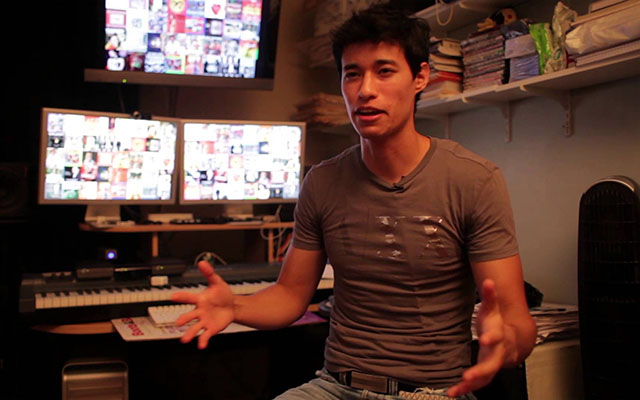 Another tribute to Michael Jackson is not how the supremely-talented composer, arranger and percussionist Tony Succar would like his album to be remembered. And it is absolutely not how the album will be remembered. Unity pays far more than homage to the pop superstar. It is also far more than a Latin re-imagination of Michael Jackson’s work. But rather it is peep into the world of Mr. Succar who in just five years after his graduate musical performance, Live at the Wertheim Performing Arts Center, has—as a writer and performer—reached the pinnacle of his compositional and percussionist powers. That remains to be seen (he may scale greater heights in the future), but even if he never achieves anything better than this album, he has ample reason to be proud. This is a spectacular work of art, not because of the stellar cast of vocalists who grace the album, but because Mr. Succar appears to have got into the soul of Michael Jackson. Thus, Mr. Succar’s Latin Tribute… is a flawless album on its own merit.

Tony Succar has developed something of a reputation for edge-of-the-seat virtuoso risk-taking. While that perception is not true at all, this is an album of great virtuosity and I would be remiss if I did not say that his creator has not risked his life for every note of it. The playing here is eloquent indeed. The individual performers’ voicing is expertly balanced and transcriptions are not followed in the letter, but rather, in the spirit of Michael Jackson’s music. It is impossible to single out any one vocalist for special praise, for the lyricism and for the melodic, harmonic and rhythmic majesty that they bring to the music of The King of Pop. In fact the work is nothing short of scintillating. However, at the risk of being seen as favouritism, I must say that I am utterly seduced by the version of “Earth Song” by the devastatingly beautiful voice of La India. Mind you, Jennifer Peña’s and Obie Bermúdez’s “Todo Mi Amor Eres Tu” is not too far behind. What a treat it is to hear these venerable Latin-American artists give it everything they’ve got in a sparkling show of talent.

I could go on waxing eloquent about the music and the musicians who interpret the music of Michael Jackson, but that would defeat the purpose of a review that is meant to whet the appetite of the reader and not to divulge all of the secrets of the treasure. Suffice it to say that this is no ordinary Latin Tribute. It is a rocking rhythmic re-invention of the music of Michael Jackson. And if you know how impossible it is to achieve that then you will be able to peep into the world of Tony Succar’s maddeningly brilliant album. And it’s touching and toe-tapping in equal measure.

Tracks: I Want You Back; Billie Jean; Man in the Mirror; Sera Que No me Amas; Earth Song; Human Nature; Todo Mi Amor Eres Tu; Black or White; Smooth Criminal; They Don’t Care About Us; Thriller; You Are Not Alone.

Born into a family of talented musicians in Lima, Peru on May 18, 1986, Tony Succar’s very DNA must be imbued with cadence and rhythm. The Succar family moved to Miami, Florida when Tony was just two; at the ripe old age of 13, Tony’s own music career began. He says, “I was privileged to be brought up in a family of musicians: I couldn’t be more grateful.” Succar’s music education began on piano then segued to percussion. He earned his Bachelor of Arts degree in Jazz Performance from Florida International University in 2008 and his Master’s degree in 2010. Succar has worked with artists Arturo Sandoval, Néstor Torres, Ed Calle, Tito Nieves, La India, Obie Bermudez, Jennifer Peña, and Tito Puente Jr., among others. Growing up in Miami—a multi-cultural “Melting Pot”—molded him into a versatile musician, prompting him to make the most of his prodigious talent. Read more…