The pianist Roberto Fonseca stands quite apart from the plethora of impressive young pianists to come out of Cuba since the era between Bebo and Chucho Valdés and also from the line that produced such legendary ones as Peruchin, Emiliano Salvador, Frank Emilio Flynn, José María Vitier, Hilario Durán and others. Perhaps the most of all the pianists you hear today (and perhaps even among those who came before him) Mr Fonseca is the most spiritual; not only in a sublime manner, but also almost entirely overtly as well. While most others dazzle with the dexterity of their fingerwork and their instrumental virtuosity Mr Fonseca stands out because his pianism most resembles the Afro-Cuban Santeria chant.

His touch is overtly rhythmic (like Gonzalo Rubalcaba), but his lines go beyond melodicism and sound as if he were singing a chant to Ochún, Eleguá or some other god or goddess. His lines – whether the fluid ones from his right hand or the thunderous stabbing of his left handed chords represent a new and quite an unique style: what I would call “the pianism of the chant”. This style first saw the light of day with the unveiling of the legendary Thelonious Monk’s harmonic and rhythmic concepts. Many attempts have been made to adopt the elements of Mr Monk’s style of musicianship, but every single one of them results in music that seems – and is – poorly plagiarised.

With Mr Fonseca, however, the heavily accented Africanised beats form a brilliant kind of musical bedrock wrought by beat-upon-rhythm-upon-chant. To that extent, Mr Fonseca seems even to have re-defined what it means to play with classic Afro-Cuban tumbao. The brilliant young Dayramir González Vicet is probably the only other composer and pianist who comes close to embodying this unique rhythmic yet flowing piano-playing style.

But back to Mr Fonseca and the trajectory of his music: It seems that from Yesun the music of which has been orchestrated to include cascading vocal harmonies from Yandy Martínez Rodríguez and Raúl Herrera, and other performers – including four-part-harmonies brought in by Gema 4 – Mr Fonseca’s music is likely at the beginning of a fascinating musical orbit. 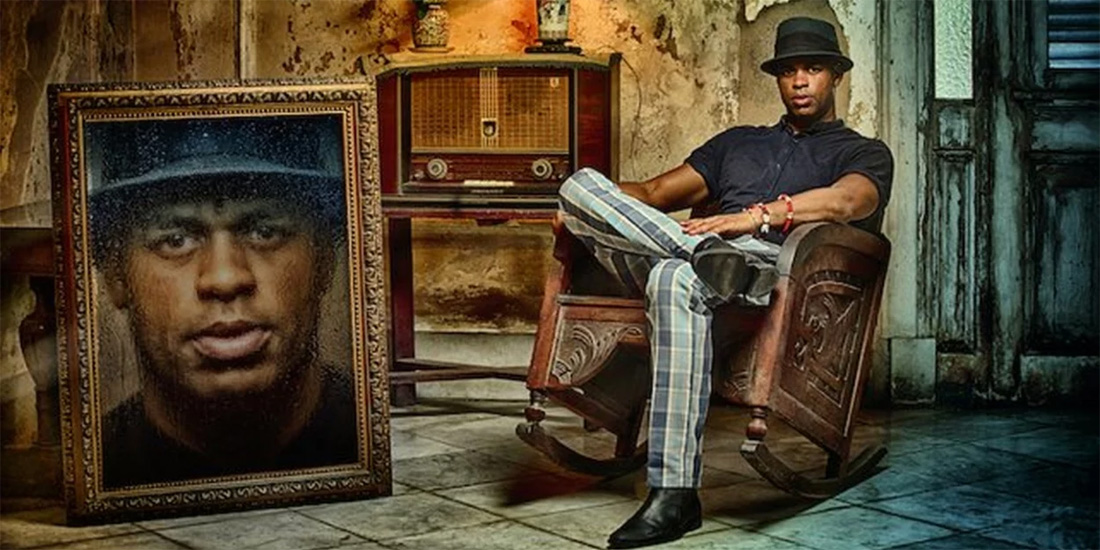 The overriding metaphor for the music here is taken from the unbridled power of water in the tumbling rhythm of its limitless cascading. Mr Fonseca is, by his own admission, deeply influenced by the spirituality that he inherited from his mother. Several earlier recordings by him have also featured her singing or chanting presumably to beckon the gods to smile upon her family and their endeavours.

While her prayers have long since been answered on Yesun, I sense that Mr Fonseca has picked up the proverbial slack to raise the bar of spirituality in his own music. He has written meditative verses to accompany “La Llamada” and “Kachucha”, and a full blown poem that forms the lyric of “Cadenas”. The vocal group Gema 4 appears on “La Llamada” and transform Mr Fonseca’s already noble endeavour into a luminous one.

Meanwhile Mr Fonseca sings “Kachucha” and the rather melancholy “Cadenas”. On the former he is joined by trumpeter Ibrahim Maalouf who develops and darkens the melody with his ghostly melodic line and (together with backing vocalists Mercedes Cortés and Yipsi Li Avila) overlays the music with soaring harmonic beauty. Danay Suárez’s vocals adorn “Cadenas”, and while increasing the weight of the metaphorical chains, also gives the lyric wings.

But the propensity to be meditative and pensive does not weight down the recording as you would think it might. On the contrary, the very depth of the emotional content seems to drive the musicians led by Mr Fonseca, and of course, he drives the narratives – vocally and instrumentally – towards redemptive conclusions. This is manifest in the manner in which the percussion uplifts the music, as do Mr Fonseca (of course) and the inimitable saxophonist Joe Lovano, who appears on the bright and dancing “Vivo”.

Judging by the lofty eloquence of the music of Yesun you would not be remiss to wait with bated breath for what comes next from one of Cuba’s most iconic young musician.