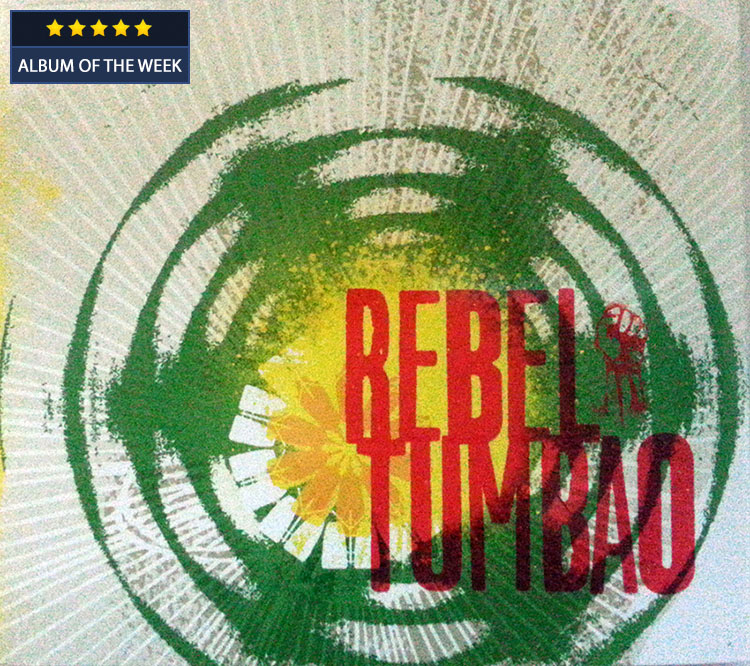 If good musical art is meant to find the listener catching his or her breath at its beauty, it is also meant to pierce the consciousness—as it entertains, of course—producing a twinge in the conscience of the listener as it runs the division of society down. Troubadours and poets and musicians since time immemorial have picked on the political elite for keeping a foot on the necks of the underprivileged. Poets and musicians from Homer and Geoffrey Chaucer to Bob Dylan and Robert Nesta “Bob” Marley have created the most breathtaking music and poetry while being the conscience of the people they were addressing. The group Rebel Tumbao continues this tradition in their superb eponymous recording which also pays homage to Bob Marley, John Coltrane and other committed artists, as well as activists who created the Occupy Wall Street movement and most of all to the racial divisions that have tainted America anew, after Barak Obama took office as President of the US. This recording is a reflection of the soul sacrifice that those who live south of the great divide make while they keep those who live on the wealthy and privileged side of society in check.

The music here rises out of a fiery bed of Bob Marley’s music including charts such as “Natural Mystic,” “Exodus,” “Them Belly Full,” “Turn Your Lights down Low” and “Sun is Shining”. Clearly Rebel Tumbao is revealing its mighty hand throughout the album, staying sharp and on point lest it be seen that they are wavering in their social commitment. However despite the didactic aspect of this recording there is a complex and beautiful aesthetic that runs through the recording. The music is informed by idioms and metaphors that range from Afro-Caribbean and Afro-American music. This makes for hypnotic imagery made all the more likely to stick in the memory where it twists and turns in the senses in a tactile way as the music seizes the mind and forces the listener to concentrate on the lyrics and their message. There are tender moments on the recording however. The ballad, “Turn Your Lights Down Low” is a truly beautiful reminder that social awareness must also make room for the sensuous aspects of music as well.

Rebel Tumbao is collaboration between the timbalero, Jose Claussell, who fronts Eddie Palmieri’s band and the keyboards artist Matt Jenson. In addition this album has been produced and crafted to perfection by Mr. Claussell’s Dj brother, Joaquin. This has turned the recording into something that is shaped as one of those products that are deeply socially conscious as well as a sleek package both in terms of music as well as in its presentation. This is rare for an independent production and speaks to the determination of the musicians and their producer to keep a sharp eye on art as well as commerce here. This is a group that will go far in the world of music as they will always stay fresh and committed to the causes that they seem to confront in their progress towards the ultimate unification of the social contradictions they face along their artistic journey.

Rebel Tumbao (Rebel “Groove”) is a family of like-minded musician’s deeply committed to creating and performing music packed with groove, consciousness, spirituality, resistance, and positive vibrations with an authentic sound they call “AfroLatinRootsReggae”. This funky fresh earthly sound is the uncompromising fusion of two of the most celebrated musical genres on the planet; Roots Reggae and contemporary Cuban Son – with deep influences of 70’s Soul, Gospel, the Blues, Jazz and African folkloric idioms. At the epicenter of this soundscape are pianist, singer, composer and educator, Matt Jenson and world-renowned percussionist and composer, José Claussell. These partners in musical justice share a profound artistic vision of hope and truth expressed with poetic insights into today’s globalized culture. Read more…