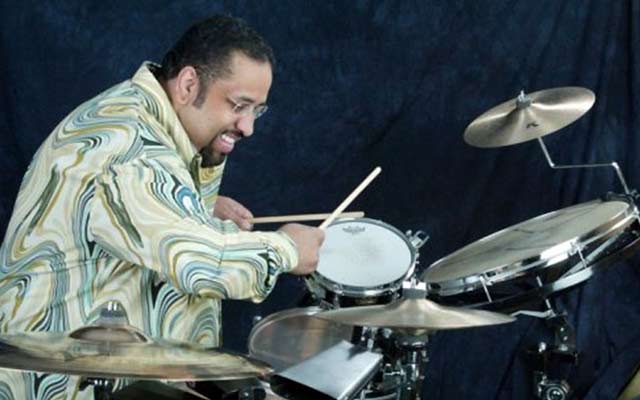 That Ralph Irizarry’s percussion has found numerous champions attests to the timbalero’s ability to play in a well-crafted, idiomatic manner in wide-ranging, accessible and passionate settings wherever Latin Jazz is played and then some. He makes playing his unique battery of timbales look a lot easier than it is and he makes it so much of a joy to listen to as well. In any case, this album, 20th Anniversary abounds in substance and authority. Mr. Irizarry’s stick work features lithe, quicksilver playing running rhythmically askance of stern, granite blocks of chords while melodies are brimful of rhapsodic flurries and expansive leaps and also brilliant arpeggios featured in long lines that dart up and down the registers of their instruments. 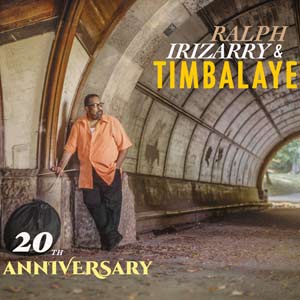 Ralph Irizarry is a formidable-sounding virtuoso. His group, Timbalaye respond to his commanding style with virtuosity of their own right through this repertoire. The music – much of which is composed by members of the band – is immediately appealing. Timbalaye musicians give it their all as do the guests and Ralph Irizarry fills the percussion chair with aplomb. The music is smooth and moodily chamber-like by turns. As befits this principal line of work for a group this size. The Afro-Cuban character of the music and the arrangements of the pieces are eminently suited to Mr. Irizarry’s wonderful, clipped and angular style. There is no unnecessary showboating and puffery – just light, lean and pleasingly melodious work from end to end.

Some of these works may have been recorded umpteen times before but somehow Ralph Irizarry and Timbalaye have managed to make them new – even better in many instances. The reason for this is that each musician brings considerable intellect, improvising intuition and a slew of superior musical and technical gifts allowing unique personalities to sing through the music with taste and intelligence. There is also much to enjoy here and each piece is crafted so that it wows even the most discerning aficionado for its fresh, sensitive account of melodies. I refer especially to “Witch Doctor” and “Timbuleria”, both of which exemplify all that is superb about this album of songs.

Anniversaries are always auspicious whatever they are. The music here is beyond criticism for its playing is of the highest order. One has only to listen to the first bars of each song to be drawn into its visceral vortex. The pellucid fluency of Gotham Town or the complex colouristic palette that Ralph Irizarry brings to “P’al Solar” is masterful. All in all this is an album that is not merely gorgeous but also a fine tribute to Latin Jazz, its cultural topography and its stellar cast of musicians who have peopled its history.

Ralph Irizarry is a Grammy award-winning percussionist, bandleader, and studio musician who has played on jingles, film and television scores, and whose distinctive playing style has made an indelible mark on those artists with whom he has performed. In addition, he has performed, recorded, and toured with the likes of Harry Belafonte, David Byrne, Celia Cruz, Paquito D’Rivera, Juan Luis Guerra, Earl Klugh, Israel Lopez “Cachao”, Wynton Marsalis, Paul Simon and many others… Read more…