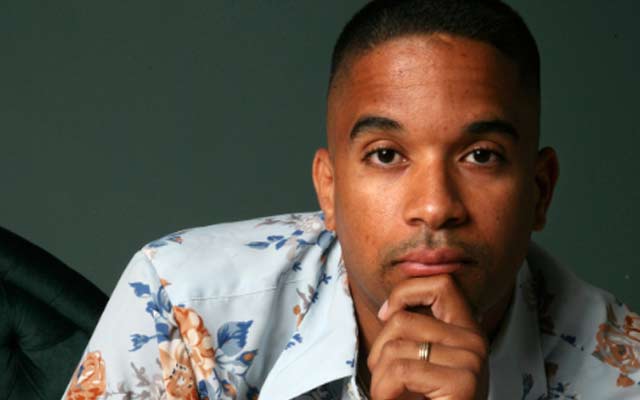 The younger Pete Rodriguez has always had big shoes to fill. Like most sons of famous parents nothing ever is a shoe-in. But remarkably the younger Rodriguez has never seemed to be overawed by the situation and like Chucho Valdés, Pete Rodriquez slid comfortably into his own skin and becoming a first rate trumpeter with a voice as singular as Woody Shaw or Freddie Hubbard he has carved a proverbial niche for himself. Today he continues to mark his territory with passion, grace and fire and not a little bit of pride as well. Mr. Rodriguez’s vocabulary is culled from the lexicons of jazz and Latin American music and is rich in folksy allusion, but here he breaks away from the pack and aligns himself with the likes of Wynton Marsalis. With a technique carefully honed from years of playing scales in a conservatoire and executing studies and pieces in the classical idiom, Pete Rodriguez is a class apart.

On El Conde Negro Pete Rodriguez seems bask in the burnished glow of his horn as he stretches and relaxes his way through ten beautifully wrought pieces for quintet. It is easy to be glib about such work. It is a definitive work, much more so than any of his other music. It is a work that is a clear sign of erudition and mystique that comes from maturation as well as being granted entry into a musical world of many secrets, one which can only be earned after much trepidation. Still there is also youthful buoyancy in this record. Mr. Rodriguez’s phrasing, particularly in the slow movements of these, rather than the purely cerebral achievements prodigy testing out his new-found skills.

The music – and it would be silly to single out a track; even two – drives the composer’s enthralling musical ideas with the kind of conviction that makes it difficult to turn off this disc without listening to it from beginning to end. Pete Rodriguez, guided by the marvelous arrangements by Luis Perdomo and the steadying hand of Ricky Rodriguez, Rudy Royston and Roberto Quinteiro, turns in strong performances incorporating dynamic, tempo and expressive changes that characterise his unique style of playing; something that has been wrought by years of learning on the street so to speak and also finely tuned skills and virtuosity that simply came from God.

This music is recorded with customary clarity, too, which adds an extra dimension to Pete Rodriguez’s performance, particularly in the last two charts. In more muscular passages of the title track where the trumpeter uses subject matter in repeatedly different scenarios and in the spontaneity of many contrasting idioms. Everything this ensemble has to throw at these pieces shows them to their best advantage – fleet-footed blowing and tongue-in-the-groove intonation and ensemble, and a sense of momentum that always drives the music in the right direction. This is, indeed, the definitive Pete Rodriguez.

Trumpeter, vocalist and percussionist Pete Rodríguez carries the bloodline of Nuyorican salsa as he takes the tradition of Afro-Cuban jazz to new places. The son of renowned salsero Pete “El Conde” Rodríguez and godson of Fania Records bandleader Johnny Pacheco, the younger Rodríguez cut his teeth backing up some of the greatest names in Latin music. He became his father’s musical director at the age of 19. Read more…