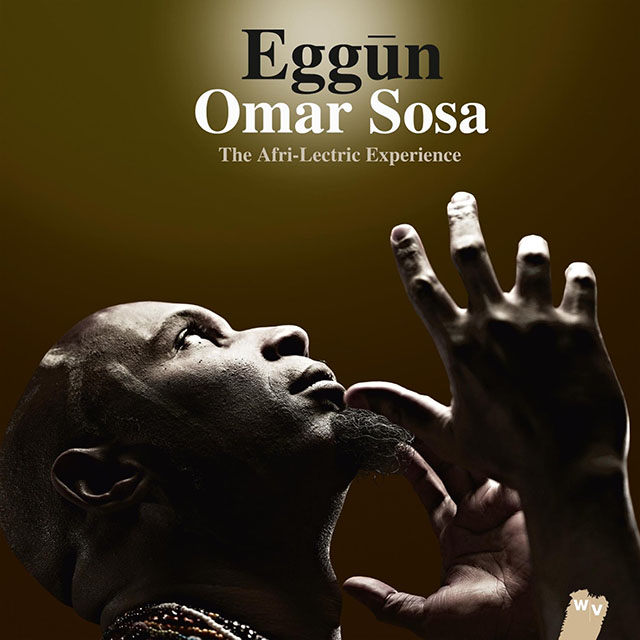 Omar Sosa is an extraordinary musician embodying both the magical virtuosity of musicianship and its soulful roots all in one. Actually one could not exist without the other. In Mr. Sosa, they have taken such deep rootedness that his music is naturally of the Spirit and therefore an outpouring of the soul. How do you create homage to one of the most iconic albums ever to grace the literature of jazz? An album completely improvised and set as if it were in the future, but looking ever so gracefully at the past; for Miles Davis’ Kind of Blue was just that album. It was the emotional tribute to impressionism couched in the language of jazz that made that album far ahead of its time and timeless just the same. According to the genius of the Cuban pianist and musician Omar Sosa you set the tribute in the future, looking back at impressions of Kind of Blue, accentuate the Afro-centricity of the album, add deeply felt elements of electrification, almost set in the spectral presence of Miles Davis himself—this by adding with ghostly softness, a muted trumpet—and glue it all in the near perfect rhythm of acoustic and electronic percussion, merely hinting at themes form that classic album to which homage is being made.

Omar Sosa is an extraordinary musician embodying both the magical virtuosity of musicianship and its soulful roots all in one. Actually one could not exist without the other. In Mr. Sosa, they have taken such deep rootedness that his music is naturally of the Spirit and therefore an outpouring of the soul. In Eggun the music embodies as much the Godly nature of music as it does the artfulness of the expedition. It is because of this aspect of Mr. Sosa’s music that his projects have epic connotations. Thus to pay tribute to Miles Davis’ legendary album is to create music as if making it in a parallel universe. There are broad hints that the music which is heard is of that album; for instance the opening track suggests “Blue in Green” but only a suggestion as the percussion and piano and other winds lifts the music out of that suggested theme into that Afri-Lectric realm that Mr. Sosa has created for his homage.

By the middle third of the album, the music pulls away completely from that which it is built upon. The mighty creativity of Omar Sosa and his ensemble is now on song. The pianist has drawn his players into a vortex where he is at the centre of a churning energy. Notes are viscous in nature These notes hang like ripe and heavy fruit on magical trees; the charts that they play from and the musicians dally with them as is they were lovers caressing the curves of the body of each fourth, sixth and eighth note. The music prompts the musicians to indulge it would seem, in an interminable dance, egged on by the primordial Afro-centric percussion. The musicians are entranced; rolled up in the hypnotic swagger of the music. Spinning in the slow drag of a double-helix, which molecule seems to suggest both the futuristic nature of the music as well as the magical and mystical unity of the musicians with their musical endeavour.

All this results in a brilliant unity between the charts that are glued together by the mystical “Interludio(s) I – VI” that enjoin the seamless progression of the charts on the album. Mr. Sosa has woven, here, what seems to be a bespoke quilt, with many magical parts. The swatch, for instance, of “Alternativo Sketches” is couched in Moorish tonal colours splattered with the Afro-centricity from which it is begat and this is almost surreal. By the middle third of the album, the heat and intensity of the music begins to build. The Afro nature of the album overrides the blues and begins to embody the spirituality that propels the music of Omar Sosa. As this character emerges so also does the ghostly spirit of Eggun replace the spectral imagery of Miles Davis and Mr. Sosa and his remarkable musicians finally come into their own on this altogether mesmerising album.