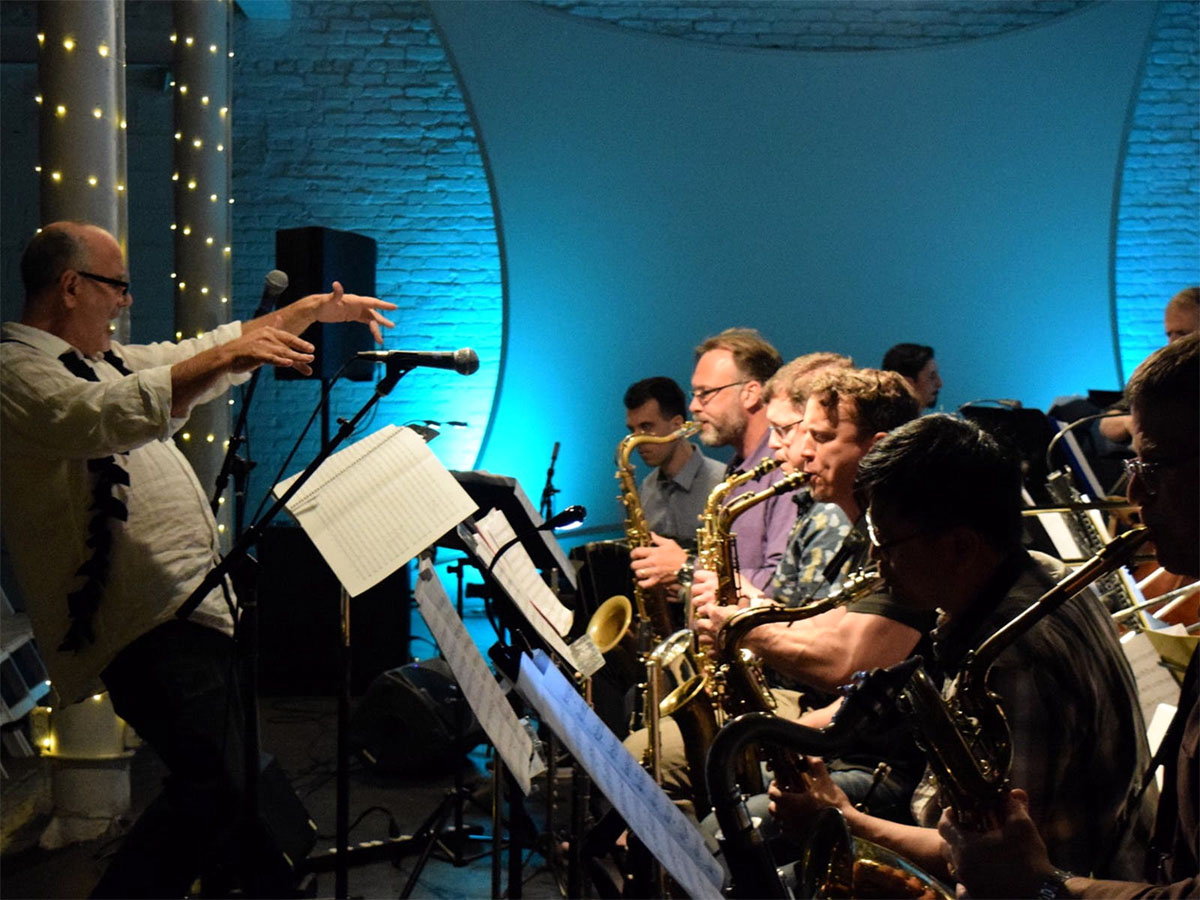 Reviewing music can be a vexing experience. Often recordings that bode well on paper disappoint somewhat in reality. And then there are those where exquisite performances are marred by the poor engineering quality. However, on rare occasions a recording comes by the desk in your listening room where everything comes together beautifully resulting in a thrillingly opulent special event that literally makes you gasp for breath; not because you are fatigued but because literally everything you listen to seems effortlessly and intuitively right. This album – Puertos – Music From International Waters – by Emilio Solla and his Tango Jazz Orchestra is one of those recordings; a recording so superb that you could envision conversations about orchestral music beginning with , “Yes, but have you heard Solla’s latest…?”

Not surprising at all for aficionados, you might add, because among this musical tribe Mr Solla is recognised as the poet of orchestral sound. He more than proves it here with repertoire that has been re-imagined for an earlier time in his career, as well as some newer pieces. 17(+5) musicians work as one to make this music soar on mystical flights and journeys following Mr Solla through his worlds, at once zealous, reflective and transcendent. Each and every work is a gleaming gem, the one whetting your appetite for another as they unfold from Mr Solla’s pen onto paper, from where the individuals in soli and as an ensemble make the black dots leap off the page and pirouette in the air of your room joyfully spinning the tales that Mr Solla would have you follow as if mesmerised.

Each song comes with a rich fund of melody, its wealth increasing exponentially because Mr Solla’s writing abounds in poignant lines and dramatic flourishes for the interweaving instruments. And while Mr Solla approaches composition with an acute sense of the profound metaphor, he also brings a childlike playfulness to music. This seems to sometimes begin with the title itself – as in the case of his opening chart, “Sol La la Sol”, which is a play on his name and the sun all of this, in turn, bathed in a energy of the hot star itself.

With “Llegará, Llegará, Llegará” he travels spiritually to Montevideo where the colourful elegance of the port city is evoked in wave after wave of rolling rhythm of the candombe broken by John Ellis’ soaring tenor saxophone solo and an eloquent piano solo by Arturo O’Farrill to which Mr Solla adds interesting banter in a closing coda. Elsewhere the inimitable Colombian harpist Edmar Castañeda breathes vivacious life into “Allegrón”.

We are reminded throughout the repertoire of Mr Solla’s lapidary musicianship. And this is reflected, in the (Gabriel) Fauré -like radiance that pervades his harmonic invention. “La Novena” is a perfect example of this ability to bring out the individual tone-textures of each of the horns in a manner that makes them stand out as well as meld into a contiguous whole. It’s a rapturous gem that pays tribute to the Buenos Aires of Mr Solla’s early years as a musician before he sailed abroad for Spain and later turned around to settle in the United States after a decade under the Iberian sun, glorified here in “Andan Luces” where the great Pablo Aslan delights both in his solo -which includes a fanciful flight played pizzicato- something we don’t often hear from the bassist.

Romanticism is in full bloom in this song. The orchestral gear changes in this piece literally bringing a human structure to the work as Mr Solla’s arrangement encourages his ensemble – led here by Julien Labro’s bandoneon solo – to phrase (almost) personally and vocally. As is so often the case in orchestral music, where Romanticism is concerned, where yearning and rapture could easily be taken for granted, there is nothing of the sort here. In Mr Solla’s works, sonic extravagances and the ready flow of descriptive melody have a clear sense of purpose and this is, in fact, to narrate events served by his vivid memories with a clear sense of their epic nature.

This seems to be a perfect fit for the theme of this recording, which tells of voyages from shore to shore and port to port, with him always as the Odysseus, challenged by the adventure of it all, although never stricken by the kind of ill-fate of the mythological adventurer. In place (of the Grecian’s tragedies) we find fabulously happy sojourns in the works’ structural mastery revealed on the intermingling and transforming of lived experience into orchestral settings.

Through it all we meet a composer and orchestrator who lives to create music of considerable intensity albeit not without amiability that permits accessibility to musicians to interpret his scores, ornamenting them, with personal stories of their own. We also meet a well-travelled storyteller who remains besotted with his beloved Argentina so much so that the tango lives and breathes like a proverbial heroic creature in all of his music – sometimes dancing for all to perceive and at other times lurking in the background, cheering the improvising musicians on, a happy ubiquitous ghost whose presence may be hinted at with rapturous delight as we undertake epic journeys travelling together through a myriad of worlds with the composer and orchestrator: Emilio Solla.