You will not be able to stop dancing when you listen to the first few seconds of this master album Baila Que Baila, creatively produced and played by a musical dream team. All the way from Los Angeles, California, composer and radio personality José Rizo brings in this second album with his phenomenal band Mongorama. Thirteen songs compose this new cd made with exceptional talent by some of the most prolific musicians on the Latin jazz scene.

As Afro music lovers know, the name of this band is a tribute to the legendary Master of Afro Cuban music, Mongo Santamaría. This project is a landscape of what Mongo contributed to Latin music. In Baila Que Baila, the most essential soul of Mongo’s lines is expressed with beautiful subtlety and incredible expertise when interpreting the classical rhythms like charanga, cha cha chá and montuno.

This is the second recording of Mongorama after his debut album two years ago. With a new lead vocalist, James Zavaleta, Baila Que Baila has the fortune of having arrangers like the brilliant Oscar Hernández and Francisco Torres, and unrivaled performers like Justo Almario, Poncho Sánchez, Danilo Lozano, Joey de León, Oscar Hernández and René Camacho among others.

This dream album is a committed tribute to Mongo Santamaría as nobody has done before. Jazz con charanga, or charanga-jazz if you prefer is the concept the band continues to explore in a fresh and modern way. The intro song Skins is a powerful Latin jazz piece composed originally for Mongo by Marty Sheller. As its name says this theme has many “skins” that keep the listener peeling away to find new sonorities where the musical changes of the theme astonish the listener, rediscovering the roots of Afro-Cuban music and feeling the magic of the Caribbean. José Rizo contributes three of his own compositions. Adoro Tus Ojos is a beautiful bolero arranged by Francisco Torres. Chicana Mía, dedicated to his wife Leticia, is also arranged by Torres and Ta’ Bueno is arranged by Oscar Hernández, who also contributes the arousing danzón La Princesa. Say Yes To Love is a groovy, bluesy composition infused with positive vibes penned by Master guitarist Kenny Burrell. A song that closes this wonderful album on a high note.

Each theme is a great interpretation of the pure sound that Mongo represented for Latin music. To listen to this album is to inject in our veins the African, syncopated, and harmonic rhythms of música latina which goes directly to our heart. 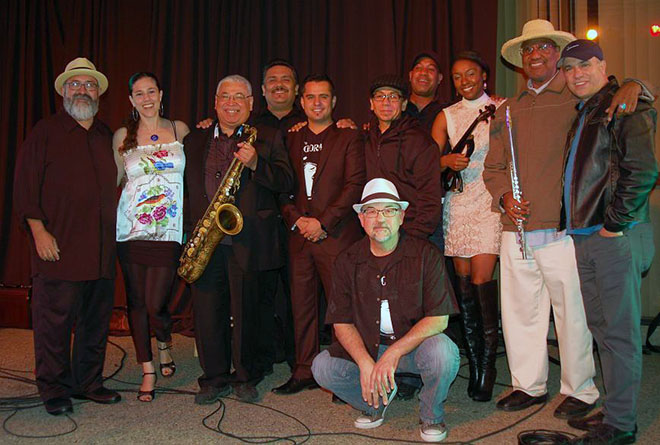