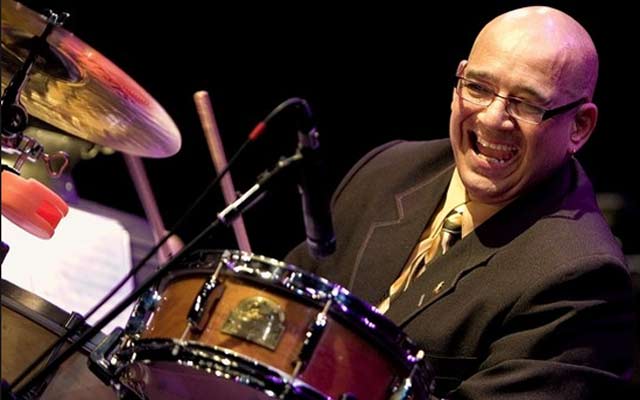 This is exactly how you would expect Afro-Cuban music to sound in this day and age; romantic but without an ounce of sentimentality, which, sadly, is the road that many Latin American artists go down. Either that or they try and reinvent the idiom, both of which seem to dilute the tradition to the extent that it turns into something not remotely like what it was intended to sound like. There is, however, nothing wrong with making the music danceable, but when the musicians (and I shall not name names) get too cute. 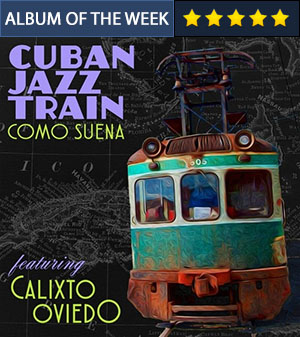 Cuban Jazz Train, as the short note suggests, attempts to redefine the relationship between the Afro-Cuban idiom and its doppelgänger – Jazz. Both come from the same root, and both are born of African polyrhythm. One is Spanish-inflected and the other is blues-inflected. And when you combine the two you get almost the same result. So in the hypothesis of Cuban Jazz Train, the musics are contiguous. While this may be so, the clave of Afro-Cuban music makes it distinct from the altered fifths of Jazz. And yet it can be – magically – combined to make both musics stronger. Even the AACM found this to be so when Art “Turk” Burton melded his congas with Henry Threadgill and the other musicians of that forward-thinking group of musicians.

The rhythm of the cha-cha-cha, the guaguancó and the danzón is ever present in this record which swings in clave and vice-versa. One has only to imbibe the music of “Manteca” to feel this uniqueness, this rhythmic crossover and bask in the ingenuity of this production that is shared between the men who make it happen, primarily Calixto Oviedo and Yosmel Montejo. This is an intelligent re-imagining of a song which brilliant rhythms were invented by the great Chano Pozo and realised by the ingenuity of Dizzy Gillespie. However this version by the Cuban Jazz Train, although leaning heavily on the original infuses it with funky rhythms.

That, of course, is not the only reason for the album. The repertoire is smartly laid out so that the energy of the record winds up like a coiled spring when the first beats are sounded and continues until the penultimate “Descarga,” that proverbial Cuban Jam that made its first appearance under the watchful eye of Cachao. Here these young musicians, mentored by the experienced Calixto Oviedo turn out the music of their lives. And what spectacular music it is. I would be remiss if I did not also mention that the ballad with Lily Hernández on vocals is played and sung with balletic grace; a perfect song to temper the heat of the rest of the music of this beautiful record.

Calixto Oviedo’s artists career spans 38 years. He was the drummer with NG La Banda during the period that produced many of their greatest recordings, including Santa Palabra, Échale Limón, and El Trágico. In the mid-90’s, he relocated to Sweden, during which time he made an excellent Timba recording, “La Recompensa” with his son Yulién, and other key members of Charanga Habanera. An Independent Musician, Calixto has worked in bands made up of Cuban Timba stars from various groups, such as pianist/arranger Iván Melón González and singer Mariano Pérez Mena. Read more…