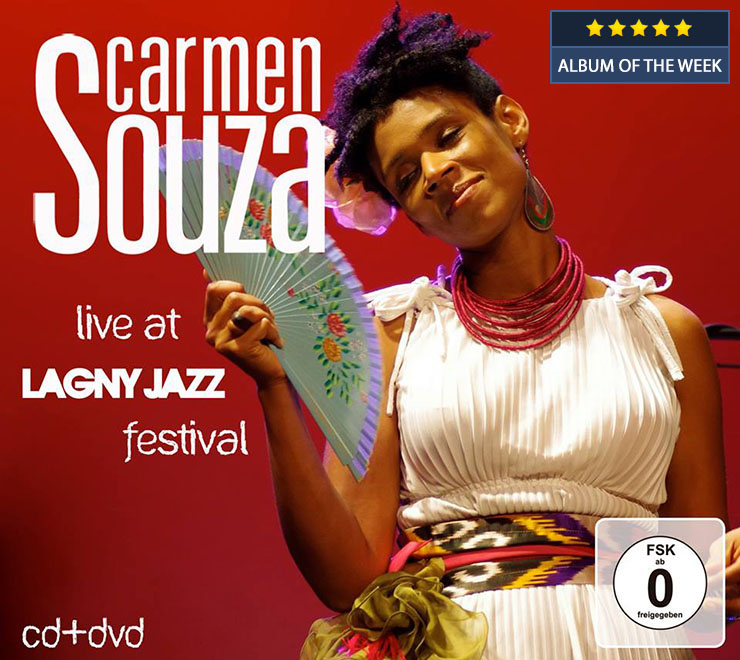 It is fulfilling to attend a Carmen Souza concert just to listen to her breathtaking version of “Donna Lee” alone. However, there is much more to fall in love with than Miles Davis’ chart that Charlie Parker made famous by the singer on Live at Lagny Jazz Festival. Whether it is being mesmerised by her version of the standard “My Favourite Things,” or falling prey to the charms of the magnificent chart of that other famous son of Cape Verde, Horace Silver’s “Son of My Father,” or by Ms. Souza’s and Theo Pascal’s own “Afri Ka,” the effect is the same: breathless. For Carmen Souza is one of a kind—an original as rare as a throat singer and as exquisite as a vocalist who combines the best of Billie Holiday and Elis Regina—whose time has certainly come. Carmen Souza’s star is certainly on the rise. Her performances are riveting; she has a sensuous manner and her delicate swaying to the music seems to suggest that her body absorbs the melodies and harmonies of her songs that are surely made deep down in her soul. From the stage, where she pirouettes and struts like an exotic bird of paradise, to the studio where she mesmerises everything from the engineer to the equipment, Carmen Souza is a vocal gymnast who is as poised as she is daring.

Ms. Souza sings in lines that flow and undulate with breathtaking beauty. When she is on song, her lyricism makes great swerving arcs in the air, ending in fabulous ellipses that gather momentum filling the room and the auditorium with whorls of sound that hypnotize the listener. On “Afri Ka,” she does all this and more. She seems to leap from plane to higher plane; then swooping down like a majestic condor turning the rest of the lyric into a performance that might be likened to a trapeze artist performing without a net. As if this were not enough, she takes on a song, made legendary first by Julie Andrews then by John Coltrane, making it her own in a rare feat of superb vocalastics. The geometry of her songs follows beautiful paths and explores new angles and shapes which she shares with the magnificent bassist, Theo Pas’çal. The partnership of the singer and bassist is something exquisite to hear and to behold. They play off each other’s charm and often create secret communiques between themselves that are then imparted to the music that adorns the stage. All is revealed, of course, on the DVD that captured this exquisite concert in France in 2013.

This follows up the smash hit album, Kachupada that launched the career of this amazing singer from Portugal, via Cape Verde. The concert package features a CD and a DVD, with the latter having a song not featured on the CD and with the audio only disc showcasing more songs by this stellar artist. The music, of course, would not be the same without the bassist Theo Pas’çal; nor would it be the same without the wonderful artistry of British pianist Ben Burrell and the brilliant percussionist, Elias Kacomanolis.

Carmen Souza was born in Lisbon (1981) within a Christian family of Cape Verdeans. Very early she experienced the “Sodade” feeling of missing someone with the long absence of her father due to his work at sea. She grew up in a mixed language environment of Creole, the Cape Verde dialect her parents spoke at home, and Portuguese, always surrounded by the Cape Verdean way of life. Read more… 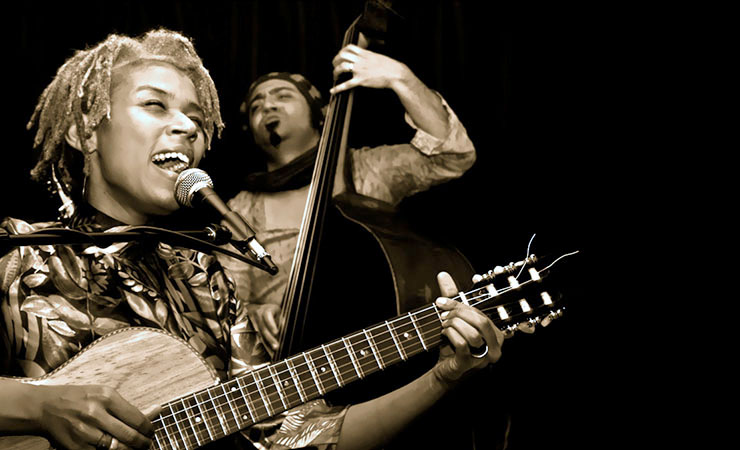