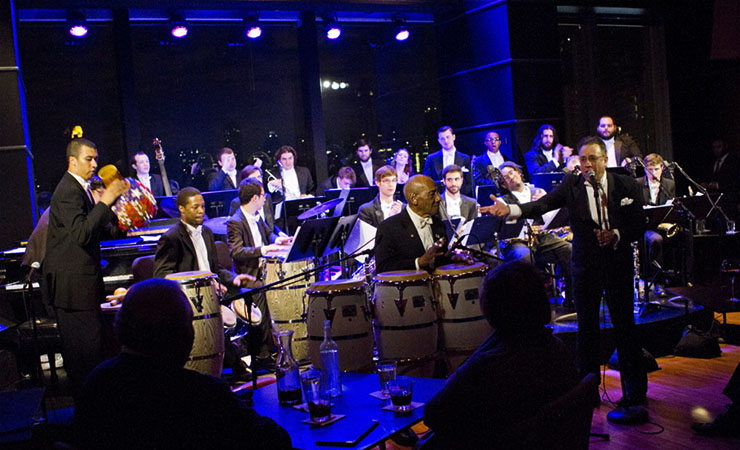 There are few drummers today who have as much energy and imagination as Bobby Sanabria. He is a percussion colourist of the highest order and his palette is so wide as to encompass all manner of media and idioms—from the iridescent swagger of swing to the spirited canter of the Afro-Caribbean shuffle. His playing is loud and fearless, yet he can be soft and sensuous when the music demands it. He is all of these things on Multiverse, an ambitious project featuring a considerable ensemble that traverses the length and breadth of the African and South American component of the continents with breathtaking and inebriating vigour. The term “multiverse” is coined from an observation by the Mexican poet, Octavio Paz, who suggests that the Big Bang of cultural collisions keeps life fresh, mysterious and alive when the cultures collide but remain relatively unique and separate rather than mingle and diffuse into one anonymous whole. Sanabria is the epitome of such a cataclysmic event when he begins to play music: Afro-Cuban rhythms nestle cheek-by-jowl with the elasticity of jazzy rhythmic extravagance. As a result Sanabria plays music on a vast array of percussion instruments and can lead from the front or accompany a whole bevy of instruments: as many as it takes to create a whole “multiverse” of sound, so to speak. 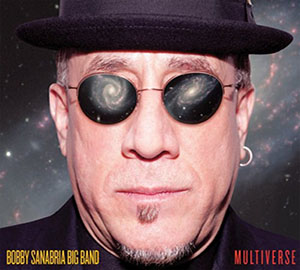 Bobby Sanabria cannot play safe and it is just as well. On the great Don Ellis’ chart “The French Connection” the drummer and Danny Rivera create a majestically explosive re-imagination of an already modern chart. The result is a heady mix of brass, woodwinds and percussion; yet even in ensemble passages the tones and colours as well as the cross-textures of each instrument are so utterly distinct that it is possible to even enjoy a seemingly drunken splash of even Chris Washburne’s digeridoo. Although the record is by no means a conglomeration of instrumentation from conventional to obscure, the sound that is wrought from each horn, each reed and every kind of drum is not only distinct, but wild, bright and texturally unique. There is also an active “coro” virtually throughout the record and this too is spectacular—from the one on “Cachita,” which is led by the voice of Mathew Gonzalez to the improvised ensemble on “?Que Viva Candido!” and the breathtaking rap on Wayne Shorter’s classic—and now part of a new standard—“Speak No Evil”. Of course this is not all there is to enjoy on the outstanding album; the human voices are, after all, just one component of the larger sound scape of voicing in the grander scheme of things. The arrangers, including Sanabria, Rivera, Jeff Lederer and Kelly Berg have crafted a spectacular universe of sound for this record.

Rarely is one trumpet distinct from another, but this is the case on Multiverse. Jonathan Barnes on “Somewhere Over The Rainbow” is sharp and redolent in crisp highs; Kevin Bryan sounds fat and bronzy. Even the trombones have their own smearing DNA. Washburne is spectacular throughout and even memorable on bass trombone. And then there is that utterly unforgettable exchange between vocalist Charnee Wade and Shareef Clayton on trumpet played with a plunger that is reminiscent of growling Bubber Miley and the “jungle” sounds of Rex Stewart. Every chart has its highs but the ones on “Afro-Cuban Jazz Suite for Duke Ellington” appear to have enabled the ensemble to create a chart seemingly of only sonic crests. “The Chicken/From Havana to Harlem—100 Years of Mario Bauzá” feels no different and the chart seems to jump off a musical cliff and soar as if that flightless bird somehow learned the art of catching thermal. It is all on the up and up after that and the mash of brass and woodwinds take over for an extraordinary ride after that. The reeds and woodwinds players are more than up to the task as well. David Dejesus, Peter Brainin, Norbert Stachel, Jeff Lederer and, of course, the altogether magnificent Danny Rivera, give a stellar account of them every time they are called upon to stand out and solo. At the end of it all it seems impossible to have enough of the record where Bobby Sanabria has drawn from the several cultural universes that he inhabits and the result is just as Octavio Paz suggested: “Life is Plurality”. Certainly in the music of Bobby Sanabria this is wholly true.