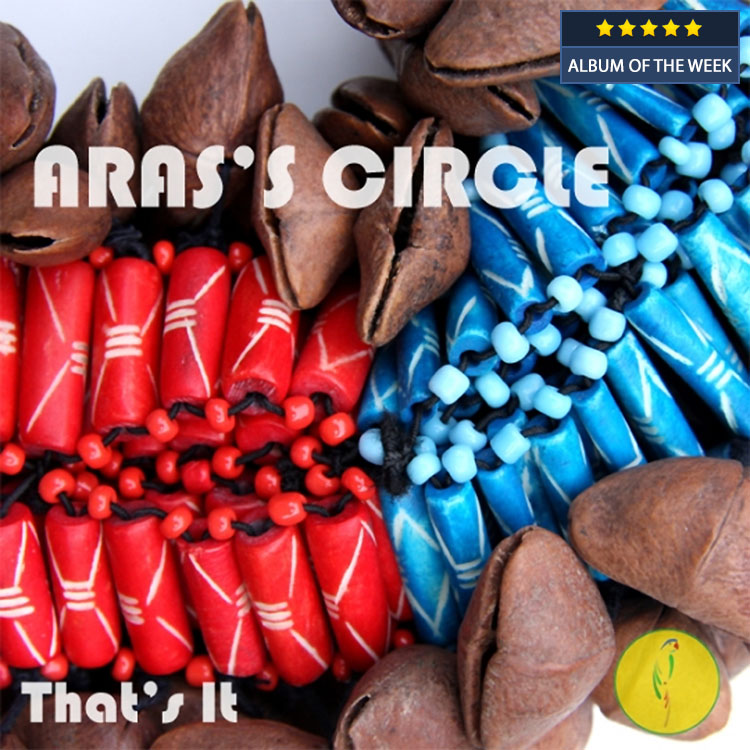 The sojourn into the realm of Afro-Caribbean-Brasilian territory never seems to cease. Musicians from Europe, naturally more adventurous than most cultures, get there before anyone else. This is particularly true of the Netherlands which boasts one of the finest musical showcases—the North Sea Jazz Festival in Den Haag—has in its communities a treasure trove of musicians including the Beets brothers who inhabit the jazz idiom and now this young ensemble Ara’s Circle that seems to favour the music of Latin America more, which is why the flavour is Afro Caribbean and Brasilian and the glue that holds it all together is the jazz metaphor, although the Afro-Latin-Brasilian connection would have been enough. Still That’s It is an alluring album full of the joie de vivre of Afro-Caribbean and Brasilian rhythms fused into original melodies that ring true for the Netherlanders. This is not a first for musicians from the Netherlands, nor will it be the last for if That’s It from Ara’s Circle is any indication much more will come from this ever so talented ensemble.

Clearly Ara’s Circle is passionate about what they do. Their music is right on the pulse of the Afro-Latin and Brasilian heartbeat. Fronted by the percussionist Arndt Beckmann this ensemble recreates the cultural ethos and rhythmic classicism of the roots of all of this music. Their compositions are intelligent and the performances are quite spectacular because of the superb musical intellect of the musicians. Mr. Beckmann’s use of colour is quite masterful and memorable. He makes his myriad instruments rattle and hum as he caresses congas and other smaller instruments that he coaxes to life spreading the cheer of his music to other members of the group. For their part, the musicians respond splendidly. Maria Fernandez Alvarez has a sensuous voice that she uses to curl around the notes sending them in to rhapsodic ecstasy. These two musicians put an infectious charm on the rest of the ensemble making it impossible for the rest of the musicians to resist the beguiling and delightful music. Such a maddeningly beautiful reaction from the musicians of a group may not be so rare, but the effect that Mr. Beckmann and Ms. Alvarez have on bass drums, and brass and woodwinds is extraordinary. This has a dramatic chain reaction producing music that is gorgeous and unforgettable.

The recording is sure to spin off more mesmerising music from this group. It is something the world of Latin music will be blest to have. This not only includes the cognoscenti, but also listeners who just want to be entertained and by the finest Afro-Caribbean and Brasilian music. The son montuno danzon as well as the crazy shuffle of samba and maracatu is starting to fill the air around the continent. When that happens, Ara’s Circle will be in the vanguard of a movement that is slowly taking over Europe like a quiet storm that is also sweeping towards America and back to its Latin shores as well. That is also when people will remember that it all began with this recording.

Once in a land far, far away, a bird called Ara do Brasil dreamt about a circle of musicians, that would accompany him on the path through tropical, funky and jazzy music. The music had to be challenging and danceable. Finally,…after Thousands of miles in a far country named The Netherlands just beyond the ocean his dream were about to come true. In 2013 Ara saw a small light in the distance. It was a cosy fire surrounded by a group of open-minded and warm-hearted musicians. The musicians agreed to fly with Ara. With joy fulfilled Ara started to find the path… Read more…