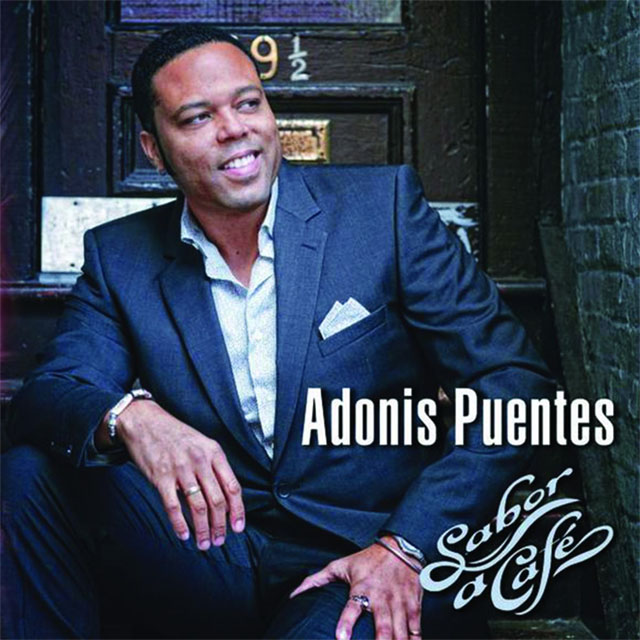 Since around the mid 90s, the influx of fresh Latin American talent in Canada has grown exponentially. Cuban-Canadian singer-songwriter Adonis Puentes is one of those artists. He settled in Victoria, British Columbia in 1998. Born in the city of Artemisa, Adonis and his fraternal twin brother Alexis grew up within a musical family, being their father a well-respected musician and educator. Naturally, they developed their musical talent from a very early age.

Back in 2001, Adonis and Alexis released an award-winning album entitled Morumba Cubana. Some of their collaborators on that project: León Torres Quintero, Pancho Quinto, Horacio “El Negro” Hernández, Hilario Durán, Jane Bunnett, Javier Zalba. Since then, the Puentes brothers have come a long way, now leading their own solo careers.

Right after his participation as lead singer on José Rizo’s ensemble Mongorama, Adonis did get to work on his own project. He carefully crafted Sabor a Café, putting together an amazing team of collaborators.

Sabor a Café – The Production

Sabor a Café was produced by Alberto López, along with Adonis. Born in Colombia and settled in Los Angeles, López is a graduate of the New England Conservatory (Boston) and the Juilliard School (New York). He’s an active performer and educator who has played, recorded, composed and/or produced with many laureate artists coming from a diversity of musical genres.

Sabor a Café strikes a chord with jazz/latin jazz lovers, and primarily of course with dancers who have a taste for salsa con clase. It is an album you like from the very first listen, but it keeps growing on you. The more you listen to it, the more enjoyable becomes. It was created with a winning formula: original compositions richly imbued with tradition; superb arrangements with an international flavor; a world class band that delivers with great precision; witty, intelligent lyrics inspired by everyday life and by the greatest power of all: Love.

The recent wave of music being created by Cuban artists living abroad, while being enriched by varied influences, remains deeply immersed in the Cuban tradition. Adonis is a gifted vocalist and songwriter, a true sonero with clear intonation and powerful projection. I believe this recording is an award-winning project. Watch out! Adonis Puentes’ time has come.