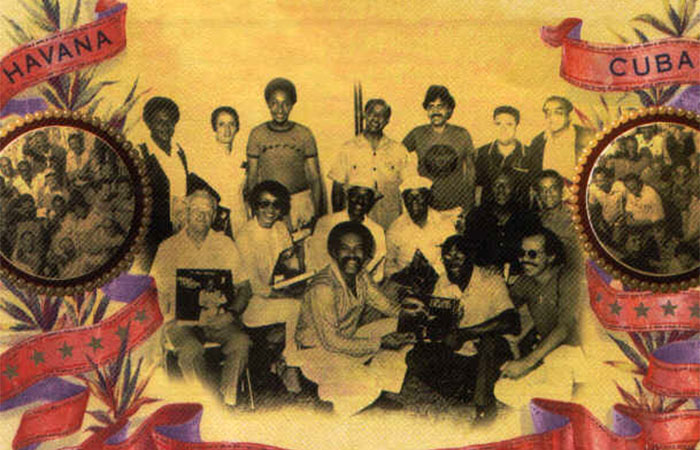 Although much of the world was welcoming of Cuba after the Revolution and although many artists did flee the country for a new world of freedom and expression, it is only now, with the gradual thawing of relations between the US and Cuba that many artists who left much of their work behind might finally have access to it. This could have a huge impact on correcting much of what was written out of history because of various bans on Cuba, or more likely that the work of artists who fled that country was “lost” to them. This is certainly true of music. Most musicians did not enjoy such privileges as Chucho Valdés did. Almost their entire Cuban repertoire was lost to them. Now much of that will hopefully change. If things continue on the path of détente, EGREM, the national record label of Cuba and for all intents and purposes the only place many Cuban artists would release their work, might soon make available the “lost” repertoire and if the institution does not do so, then perhaps things might change so that artists like pianist Hilario Durán, saxophonist and clarinetist Paquito D’Rivera and trumpeter Arturo Sandoval might be able to return and retrieve their Cuban repertoire. Musicologists would have a field day catching up as there will surely be some welcome surprises. 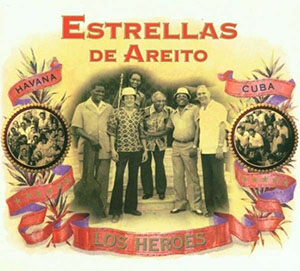 Till that happens we would have to be content with such historical work as the releases of Jane Bunnett, the Canadian musician, and saxophonist and flutist who has fostered a whole generation of musicians from the great musical well of Cuba, Ry Cooder, who brought us Buena Vista Social Club and Anne Hunt and Mary Farquharson who created World Circuit and were responsible for seminal releases such as those by Buena Vista Social Club (among other important African music) and, of course this amazing double CD, Los Heroes (World Circuit/Nonesuch, 1979) by a pantheon of Cuban musicians calling themselves Estrellas de Areito. These recordings were made in Cuba in 1979 and feature such stars as Rubén González, a principal figure in the Buena Vista Social Club, and Pío Leyva, a member of the Afro-Cuban All Stars and Rubén González’s band. The recording also includes such giants as Paquito D’Rivera, Arturo Sandoval, who both solo with great mastery here, and the great timbalero Federico Aristides Soto Alejo, better known as Tata Güines on congas. The riches of this album might be associated with what Pliny once referred to “choking them (in this case us, the listeners) with gold.” These albums are indeed bejewelled from end to end and CD to CD. Many double packages are often incredibly stacked with music, but only partially so. Often performances include some sketchy tracks. But not Los Heroes, which contains such wonders as “Mi amanecer campesino” and “Guajira Guantanamera”. And this is only fare that is reasonably well-known.

Remarkably this production was undertaken by someone who, like Ms. Bunnett, Mr. Cooder, Ms. Hunt and Ms. Farquharson was passionate about Cuban music. So it did not happen by mistake. The album was intended to be a giant descarga which ultimately featured the all-star cast that appear on Los Heroes. And what a deliriously wonderful performance it is. Aficionados of classic Cuban music, played largely by forgotten Cuban musicians would give an arm and a leg to own this double album. It is a lavishly produced package. The only thing missing, I suppose, is a DVD to go with it. Now, that would make this album absolutely priceless…

About Estrellas de Areito: As a response to Puerto Rican and Venezuelan bands achieving success playing what was essentially Cuban music, African record producer Raoul Diomandé approached the Cuban state-owned recording body EGREM with the idea of assembling an all-star band to show that Cuban musicians play Cuban music best. Trombonist and EGREM staff producer Juan Pablo Torres was selected to recruit the musicians and direct the recordings. After collecting the musicians who spanned three generations, coming from more than 10 different bands, the group gathered in EGREM’s Havana studios for five days. The recordings captured the true essence of the descarga (jam session) style, made in a warm, relaxed atmosphere that allowed for extended improvisation and soloing, in the spirit of all great jazz music. Many of the musicians involved point to these brief sessions as among the most important in Cuban music history, despite the fact that they have been very difficult to find, even in Cuba. The release of Los Heroes features digitally re-mastered sound and a package that includes lyrics, photos, and extensive liner notes that further document these priceless recordings.