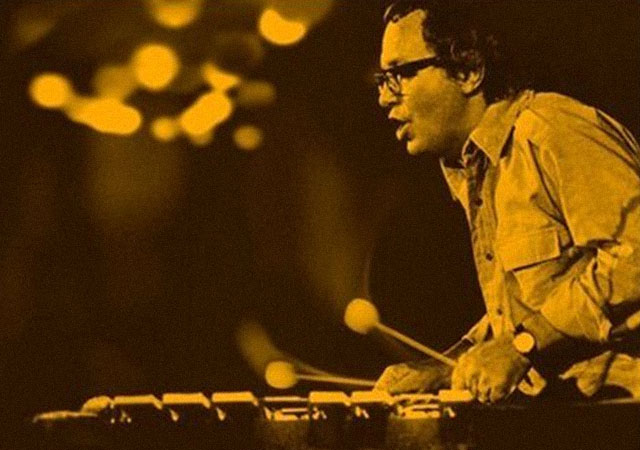 Sixty-five years on this seminal album has been credited as the one Cal Tjader album that set the vibraphonist on a course that put him on the map of Latin Jazz. On this album, Mr. Tjader turned some of the most beloved standards from Tin Pan Alley and Broadway into Latin Jazz Standards. Cal Tjader is the arbiter of many good and different things, but most of all he has immaculate taste. He lives up to his reputation on this album; one on which he leads his quintet with precision throughout the twelve tracks recorded here. Small wonder why the vibraphonist was idolised by a small, but respectable coterie of musicians who recognised him for the passion and clarity of his playing. Having notched up a huge array of recordings combined with an intensive concert career, his playing throughout reflects rich experience and musical quality. Those accustomed to his incandescent and deeply resonant tone will have, here, a generous view of his settled genius. 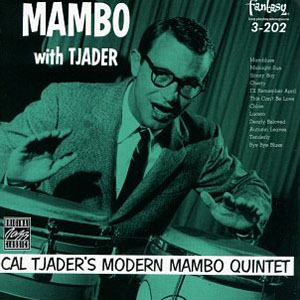 Mr. Tjader’s crisp and clipped “Midnight Sun” is elegant and rocking—quite different from the slow, elegiac versions that musicians were apt to play at the time. His playing is distinctive and he pulls out a rabbit from his hat as he stretches the music’s elastic tempi producing buoyant delightfully elongated rhythms and cadences in the choruses. For instance, in “I’ll Remember April” one not only lines with more transparency than many other vibes players, but there is also a stronger sense of command as notes get stretched seemingly interminably. Not only that Cal Tjader’s playing can also produce colouristic revelations in the melodies. We see much of this in his superb renditions of “Tenderly” and “Autumn Leaves”, both evocative and soulful in their dreamy tempi. There are alluring textural subtleties on the bounding momentum of “Bye Bye Blues” and there is also an extrovert brilliance of tone and manner.

With all of the histrionics wrought by the songs on this album, one is apt to forget that Cal Tjader had a truly advanced technique couched in a diaphanous fabric of spectacular virtuosity. But rather than show off this quality Mr. Tjader subdues all of the trills, mallet-crossing, arpeggios with springing mallets using his technique to make pieces of musical substance. You might see small imperfections in this instance, but they are so slight that you will find it easy to gloss over them. Similarly, for the vibraphonist to record such varied and difficult music in this way, with an intimate close balance, is a remarkable achievement. What emerges is music that is startlingly original.

Overall, this release, is part of a very reasonably-priced 10-CD boxed set. The set, entitled simply Latin Jazz: The Greatest Afro-Cuban and Nuyorican Sounds also features works by Chico O’Farrill, Dizzy Gillespie and a host of other luminaries. Each of the CDs features rare and in some cases out-of-print vinyls available for the first time on CD.

Callen Radcliffe Tjader, Jr. (July 16, 1925 – May 5, 1982), known as Cal Tjader, was an American Latin jazz musician, known as the most successful non-Latino Latin musician. He also explored various other jazz idioms but never abandoned the music of Cuba, the Caribbean, and Latin America, performing it until his death. Tjader primarily played the vibraphone. He was accomplished on the drums, bongos, congas, timpani, and the piano. He worked with numerous musicians from several cultures. He is often linked to the development of Latin rock and acid jazz. Although fusing jazz with Latin music is often categorized as “Latin jazz” (or, earlier, “Afro-Cuban jazz”), Tjader’s output swung freely between both styles. He won a Grammy in 1980 for his album La Onda Va Bien, capping off a career that spanned over forty years. Read more…