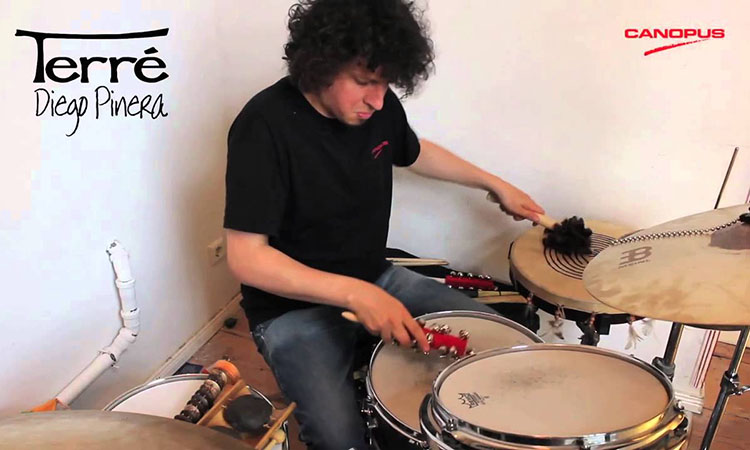 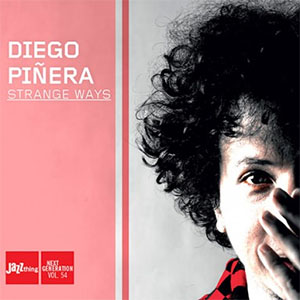 Drummers sometimes make the most interesting bandleaders, especially when they gently nudge the other musicians in the ensemble into developing contrapuntal responses to odd meters and pulses. This recording, Strange Ways, like many others that features rhythmists from Latin America in situations with musicians from other parts of the world is a fine example. The Uruguayan drummer, Diego Piñera seems to be constantly challenging his partners to re-think possibilities as he brings to his music the folkloric elements of Uruguay. Despite missing a vocalist in this quartet, with Mr. Piñera at the helm finds interesting ways of incorporating Candombe, Milonga and Murga, and the gentlest of tangos into its repertoire. The exquisite innovations force the saxophonist to float above the most interesting rhythmic figures played by Mr. Piñera. And Peter Ehwald responds with fascinating interpretation of the melody when he plays in an ensemble situation and to make darting forays into the saxophone’s registers when he plays vaunted arpeggios and some of the most Florentine scales as he comes to terms with the incredibly complex rhythms. This is also true of the pianist, Tino Derado, who is a superb structural support for Diego Piñera. Bassist, Phil Donkin is not only the rock behind which the drummer is able to fly in the face of convention, but Mr. Donkin is also a fine melodist who is also able to create beautiful figures of his own. Thus the group is able to make masterful interpretations of Mr. Piñera and also allow him the space to express himself in a madly exquisite manner.

For his part, Diego Piñera has responded by making this recording truly special as he explores the full width of his rhythmic innovations with the established system of the conventional drumset. Unlike the Afro-Cuban musicians, who add a second and sometimes a third and fourth (or many more) percussionist, Mr. Piñera does it all with his drum set. He does not even employ the cowbell which is often used to create clave and keep the rhythm anchored in that Afro-Cuban/Afro-Caribbean circle. His method involves the mere use of his hands; supple wrists with which to allow his sticks to create the polyrhythm that his music demands and a rhythmic brain that controls it all. From “Strange Ways” right up to the very last strains of “The Struggle” Mr. Diego Piñera chases the incredible complexity of his creations almost as if they will vanish at any time. The speed of his mind and his ability to keep the ideas coming as fresh as the moment they were conceived speaks to his incredibly quick thinking and also the speed of his reflexes. This almost surely is the reason why he is able to change rhythmic patterns with such agility.

The most fascinating part of the recording remains the final song, “White Spring”. This composition has a string quartet worked into its arrangement. The quartet, excellent in its arco playing as well as the pizzicato and plucking sequences plays with great beauty of spirit. It is a measure of this that the instrumentalists express themselves as if they were simply in love with the piece as well as with the instrumentation of each other as they bring this wondrous music to an end.

Diego Piñera was born in Montevideo (Uruguay). He moved to Germany in 2003, where he now still resides. After his time in Cuba, Piñera got hired for one year in a salsa orchestra in Seattle, called Orquesta Cambalache featuring Melcochita on vocals. Back in Uruguay he formed his own trio “Diego Piñera trio” and recorded the CD “Buscando” on the Perro Andaluz label. Piñera studied drums at the Berklee College of Music (USA), at the University of Music in Havana (Cuba) and at the University of Music and Theater in Leipzig (Germany). Read more…