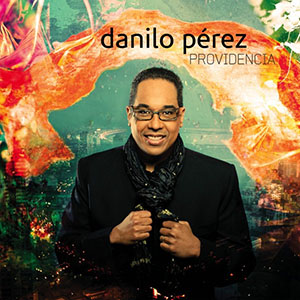 And this latter facet of the album means that conceptually, it transcends borders. The music bears out this thought: It is bold, global and almost galactic. It is always in motion as it traverses many continents, even time and space. Rhythmically it pulses with the heartbeat of the earth. It is harmonically enriched by tonal palettes that include shades and colors from a myriad cultures; a melding of Afro-centric, European and mostly a liberal dash of American ones. Above all, because the music is so personal, it exudes gushing warmth that seems to alight upon the heart, where it dances the interminable dance of the private joy of life itself.

Pérez is a pianist of enormous talent. He does not play as much as caress the notes of the piano, infusing them with such vivid dynamics and expression that not only characters, but a whole life of pageantry might come to life. As a composer he hears music with a wide spectrum of tonalities and rhythms. However they are fused together in a wonderful musical fabric that is swathed in color and rich in timbral values. Music thus enriched can only be both, mysterious and magical, familiar and exotic and so seductive that it is like a vortex that draws in both casual fans as well as serious followers. Providencia is just that kind of record. Although it begins with an intensely personal song, “Daniela’s Chronicle,” the music soon widens out to induct the intergalactic nature of Panama. “Galactic Panama” takes a gigantic leap of musical faith. Driven by the dry and wailing of the alto saxophone of Rudresh Mahanthappa, the music traverses continents echoing dance forms that include festejo and joropo and these are festooned with the wild and celebratory saxophone of Mahanthappa and the pirouetting piano of Pérez.

Pérez displays great emotional sensitivity as he explores themes of love and tenderness in charts such as “Historia de un Amor” and the magnificently gushing “Irremediablemente Solo”. His treatment of these themes comes to life with dramatic arpeggios, darting runs and also meandering lines that might begin somewhere in the middle of a line, wander off like a burbling tributary in the melodic river of song, then somehow find its way back to the formal melody again. Pérez’s power of storytelling is also quite memorable. His “Bridge of Life, Part I” infuses the philosophical aspect of the song with a myriad colors and rhythmic inventions. The brooding bassoon, fluttering oboe and French Horn are led into an almost sacred realm by Pérez’s piano. Dense textures lead into darkness only to emerge into a gorgeous and bright aspect of the abstraction of life on the other side.

“Providencia” is a sensuous piece that begins with the floating lyricism of the ever-seductive Sara Serpa, who dances, fairy-like into the ebb and flow of the song, entwined with the fey flute and the skipping skittering of the piano. The music is also thoughtful—almost brooding. This begins with the beautiful “Irremediablemente Solo,” a piece with diaphanous harmonics, and does not end until the last hammering notes of “Cobilla”. But not before the music traverses across “Bridge of Life, Part II,” the cathartic energy of “The Oracle” and two exquisite parts of “The Maze,” both sequences that Pérez has composed with Mahanthappa, each piece acting as a beguiling bookend to the thunderous drive of “Cobilla”.

This is a remarkable album and it seems to document the life journey of a remarkable musician. In it, its principle character, like a heroic Homeric mythic character, continues to journey far and away in search of adventure, and the variety of life as a wandering artist.

Danilo Pérez on the web: www.daniloperez.com