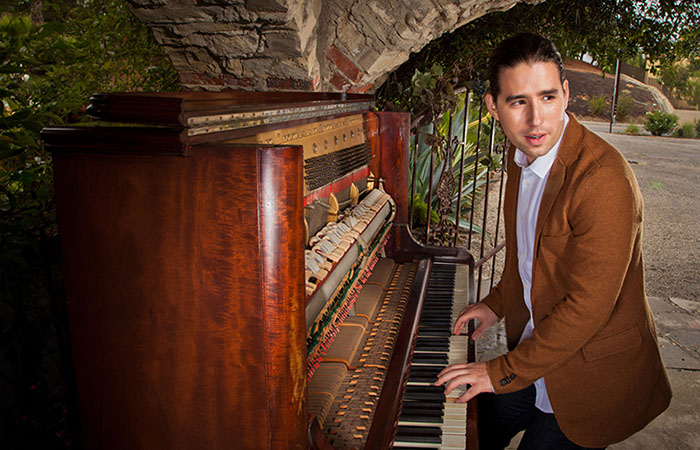 The artistic goldmine that is Cuba continues to give up its riches. Even before Machito was “discovered” by Dizzy Gillespie (and much later, Gonzalo Rubalcaba) there were stellar musicians flourishing there; way before Batista that is. More recently, for over three decades really, the Canadian saxophonist and flutist Jane Bunnett and her trumpet playing husband Larry Cramer have brought to the world the talents of the likes of pianists, Hilario Durán, David Virelles and many more musicians. There have been others of course: Aruán Ortiz, for instance. It would also be remiss not to mention how Ry Cooder and Wim Wenders joined forces to “revive” and produce the minor classic, Buena Vista Club with Ibrahim Ferrer and others. So why does it come as a surprise to have Quincy Jones produce this infinitely beautiful album Sounds of Space by the hitherto unheard of pianist Alfredo Rodriguez? The answer lies in the sublime talent, unbridled technique and poetic expression of the pianist. 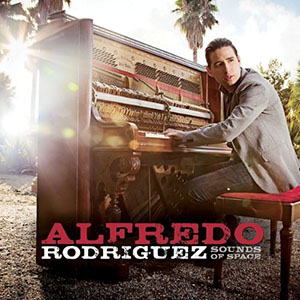 It is clear that Rodriguez has been to a different school of pianism; one that housed the spirit of Frederic Chopin and to a certain extent, the ultimate dramatist, Franz Liszt. The idea is to suggest a certain separateness from the guardian spirits of Cuban pianoforte—men like Peruchin, Bebo Valdes, Chucho Valdes and others. While there still exists in Rodriguez a Cuban soul—clear from his beautiful bolero, “April”—he is guided by the hand of more ancient European masters. In fact, when he plays, he seems lost in the expression of the classics, following, it appears, Latin prompts such a “pianissimo” and “fortissimo,” rather than “swing here” or “Shuffle boogie” or even “rhumba” and “danzón”. And yet on his dazzling arpeggios; crazy runs; maddeningly brilliant crescendos and diminuendos there is always a hint of the Afro-Cuban sensibility. The breathtaking “Sounds of Space” suggests this. Here, the primeval growl of the bass clarinet, tempered somewhat by the clarinet collide in the sound cloud where bass moans and the piano hints pages taken from a Yoruba hymnal whose verses that made it to Santiago de Cuba, there to be melded with danzón.

Rodriguez manages to hide his fascinating tumbao throughout until he reaches the latter part of the album. His “Crossing the Border” although filled with playing in sotto voce explodes with tumbao as if he were wishing the old country goodbye with a salute and a flourish. There is some showboating here, but that may be forgiven as the pianoforte technique is so pure that it seems impossible to resist flying runs across the keyboard. Here too the magical pressure on the keys delivers such a variety of tones and textures that the superiority of expression supersedes the gratuitous virtuosity. In the chart, “…y bailaria la negra? (a Ernesto Lecuona),” the classicism of Rodriguez collides brilliantly with the son montuno of Cuba. And in “Transculturation” the pianist’s ideas and concepts are best expressed by way of harmonics and rhythmic interaction.

Clearly there is nothing more than Quincy Jones or Gretchen Valade could have done to make this a more perfect record than it already is thanks to the extraordinary talent of the ingenious pianist Alfredo Rodriguez.