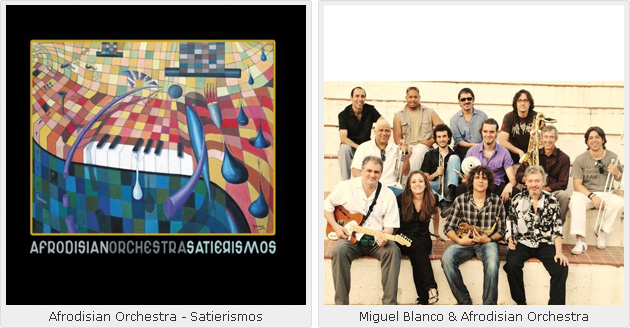 It is hardly surprising that Erik Satie has become the darling of modern composers and musicians alike. The reputedly eccentric French composer who lived between the late-19th and the early 20th Century was very much a musician far ahead of his time. Breaking away from the late-Romantics, Satie predated many movements in various artistic disciplines, from Dadaism and Surrealism in painting; and muzak or elevator music, by fifty years. More seriously, his marvellous compositions, “Trois Gymnopédies” (1888) and the “Gnossiennes” (1890), both composed for piano, placed great emphasis on modal techniques and “white key” harmonies and predated the explorations that Debussy made in similar resources by some fifteen years. His “Vexations” utilised a short piano sequence and demanded that it be played identically over 840 measures. In doing so, Satie seemed to foretell the advent of minimalism too.

That Satie heard and was might have taken a fancy to early jazz makes a moot point. However that he has fascinated musicians from the Blood, Sweat and Tears to the multi-reeds master, Dan Willis who fabulously re-imagined his most famous work (mentioned earlier) as well as his “Nocturnes,” “Idylle” and the “Aubade” on the album Dan Willis and Velvet Gentlemen: The Satie Project (Daywood Drive Music, 2009). And now comes Satierismos a superb homage from the large Spanish ensemble, Afrodisian Orchestra. These are extraordinary musicians who have—to a man—a wild sense of creativity. Each of the members of the orchestra show outstanding technique especially pianist Marta Sánchez and under the majestic musical direction of Miguel Blanco, the ensemble displays a tremendous genius for tonal color and command of instrumental timbre. But their greatest asset could well be their monumental sense of rhythm, particularly how to take control of this aspect of the music when European idioms collide with African, Mediterranean and South American ones.

Using arch musicality and great daring the Orchestra turns its skills towards a composer who held nothing sacred throughout his life as a musician and pianist. Its re-creation in the Latin-American idiom, with thunderous African polyrhythms and spectacular European polyphony brings a refreshing new focus to Satie’s mysterious harmonies. The dissonant knocks about with linear melodic lines with characteristic Satie simplicity. The weird meets the absolutely normal as the music traverses a wide musical topography from the vast landscape of Afro-Brazilian baião and samba to the delightful looseness of the Afro-Cuban descarga.

All this brings attention to the outstanding percussion colorations of Jorge Pérez and Rodrigo Díaz. But the album is more than the sum of the musicality of Jaime Muela’s Middle Eastern inflections on flutes, on “Gnossienne 3” and “Gnossienne 4” or the sublime colors of “Nocturne No. 3”. Miguel Blanco’s musical vision and the Afrodisian Orchestra’s exquisite sense of Satie and his irreverence truly comes to a head on the energetic rap on “Le Fils des Etoiles” defines the Orchestra’s musical expedition into the heart and soul of the music of Erik Satie. Not only does it put Satie in the contemporary context, but it also brings recognition to the wildly irreverent streak in Erik Satie. The chart also takes the album from good to great.

While the elasticity of the Orchestra’s rhythm means that it forfeits the pervasive minimalism of Satie’s music in the end the album triumphs because it takes the essence of Satie’s soul and glorifies it in yet another way. It is very likely that the odd Frenchman would have right royally pleased even if his “Trois Gymnopédies” has been relocated to the altogether garrulous musical realms of South America.