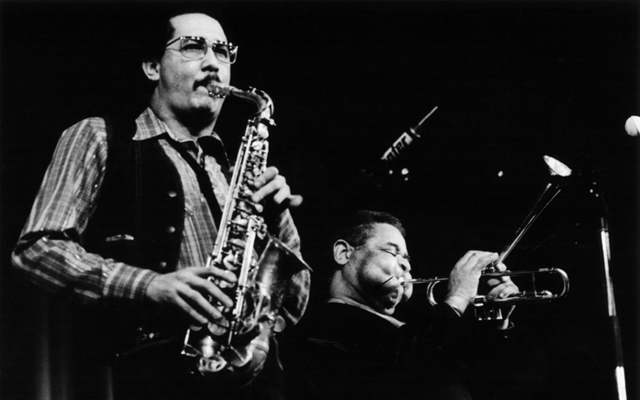 Lessons from a Life in Music

If there is anyone who communicates through music and life it could be said that few people do it better than Paquito D’Rivera. If you have ever been to one of his concerts, you will know that he loves to introduce his songs with anecdotes and somehow you feel as if not only is exquisite music being made, but history (according to Paquito D’Rivera) is unfolding before you. The saxophonist and clarinetist has carried this unique ability with energy and ebullience through two books about his life: My Sax Life (Northwestern University Press, 2005) and now in his 2015 reprise to a life well lived, in Letters to Yeyito – Letters from a Life in Music (Restless Books). The book was written by D’Rivera in Spanish and later translated into English by Rosario Moreno. It is a spectacular work of non-fiction written in a breathless style that is almost Joycean – I want to say stream-of-consciousness – style, but perhaps more appropriately it is like a series of extended solos taken by the master musician in so many contexts, just like the music that he plays. 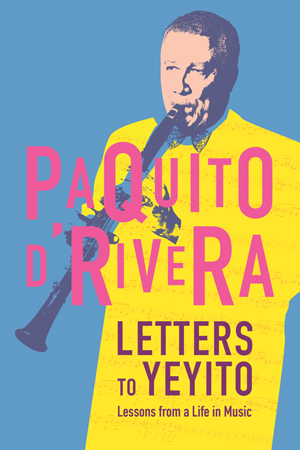 The premise of the book is simple and fascinating. “Long ago” Paquito D’Rivera received a letter from a fan named Yeyito, who was so taken by the musician and his music that he sought D’Rivera’s advice about spending the rest of his life in music. Remarkably, the letter left a first name but little else – no family name, no forwarding address for an intended reply. Ostensibly Paquito D’Rivera tried to find its writer as the letter was delivered to him after a concert he had just played, but that was not to be. Yeyito’s letter made such an extraordinary impression on the great musician that it knocked about in his head so much so that he found himself mulling over a reply. But now that he had no one to send the reply to except the Yeyito who was and is, but not reachable nevertheless, Paquito D’Rivera did the next best thing. He wrote a series of letters in reply to Yeyito that have become the chapters in this breathtaking book.

The story begins in Cuba, of course, because that is where D’Rivera was born and lived a significant and full life until his family fled the Castro Regime to live in New York. It tells of the struggle to make it as a musician, something that his father, Tito wholeheartedly supported from his musical instruments shop in Havana. Life was not kind to artists in Post Revolution Cuba. Constantly suspicious of artists, the regime kept a strict eye on them, and as ordinary folk, if they were not apologists of a brutal regime they eked out a very meagre existence using ration cards to buy even milk, meat and other food. D’Rivera’s family were no exceptions and suffered immensely until (we get to know later in the book) his father’s store was closed down by the regime and all of his instruments confiscated. Tito could only keep his store open if he sold the equipment that he was ‘commanded’ to sell. Despite all of this, Paquito D’Rivera tells Yeyito, he managed to live a full life. His determination to succeed in life and in music was why.

The first two chapters recall D’Rivera’s meeting with Dizzy Gillespie who was instrumental in bringing the music of Cuba to the United States and carving out of the collision of cultures, a musical idiom that came to be called “Cubop”. The chapters are hilarious and recount the chase. Dizzy was, after all, impish and apparently as elusive as the Scarlet Pimpernel. Paquito D’Rivera hears that Dizzy is looking for him from some members of his retinue at a club that the saxophonist played. The chase began, with Dizzy constantly eluding D’Rivera. Along the way, Paquito D’Rivera makes a detour to buy a little more meat that the government permitted and stashing it in his saxophone case. Of course, you cannot escape the long arm of the revolutionary (or is it reactionary) government. The eyes of their spies are everywhere. In this instance D’Rivera is given away by an old crone and he is picked up by the police. What follows is a hilarious encounter between the saxophonist and the police who are driving him to a nameless government building – from the rumblings in his stomach to riotous journey in his mind as he fears the police will discover his stash of meat. Of course, all’s well that ends well – well almost. When the interrogation begins, the policeman receives a call ostensibly from a higher-up authority who asks that the saxophonist is brought to rendezvous with the mysterious man who smokes a pipe just like Sherlock Holmes. The rest of the journey is like some fantasy until we discover that the pipe-smoking Sherlock is none other than Dizzy Gillespie. The revolution is denied and Paquito D’Rivera is free. 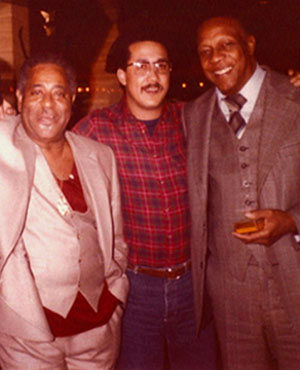 This is the (hilarious) spirit in which the rest of the book is written even when Paquito D’Rivera is talking about his musical escapades with the celebrated cellist Yo-Yo Ma and his Brasil project as well as the saxophonist’s own love of Brasil. It tells the touching story of Paquito D’Rivera and that great Cuban icon, Bebo Valdés. From Chapter five (page 67) onwards, the book reads like Paquito D’Rivera’s magical solos in what becomes the symphonic part or the book – the Letters to Yeyito. Despite his meanderings all over Latin America and Europe, Mexico and finally the United States, where the saxophonist starts right from the bottom all over again, the saxophonist’s rich and colourful life unfolds. Although the narrative is addressed to Yeyito the reader – you and me – never feel excluded from the book. We all become the excited audience in Paquito D’Rivera’s exquisite concert performance.

What is striking in this book as in accounts by other musicians from the Latin part of the continent is that no matter how hard life is there seems not to be a dependence on external factors to prop up their life in the arts. The musicians at least – Paquito D’Rivera, Arturo Sandoval, and the greatest émigré of all – Bebo Valdés seem so centered and sure of themselves that even in the direst of circumstances you get the feeling that their heads are held high and they seem to survive on the sheer pride of being artists more than anything else. Human existence seems to never compromise on anything to reach their goals. No matter how hard the struggle is you always know that come through. It is the triumph of human endeavour that unfolds before your eyes. This book is no exception even when Paquito D’Rivera is narrating about his battle to win over the clarinet, an instrument that he has now come to be known as the consummate master of. This constant wrestling over the artistic and the existential aspects of his life are handled with candour and stateliness. The honesty is brutal as is the endgame with is something quite remarkable.

Much of this has also to do with Moreno’s translation, which is beautifully expressive but seems always to be told in Paquito D’Rivera’s voice. This is truly remarkable in literature. It is not often that languages lend themselves to rendering from one to the other. What is even more remarkable is that although the English translation is musical but vastly different from the music of the original, the vividness of the Latin-American original is captured in the translation at all times. Languages of the Latin root are very voluptuous and this is reflected in Paquito D’Rivera’s music with breathtaking and endless beauty. The same can be said of the book. Obviously if you can read the work in Spanish you will be experiencing the ‘real thing’. However, I am not so sure that we do not do the same with this wonderful English version as well.

A World of Rhythmic Possibilities by Dafnis Prieto