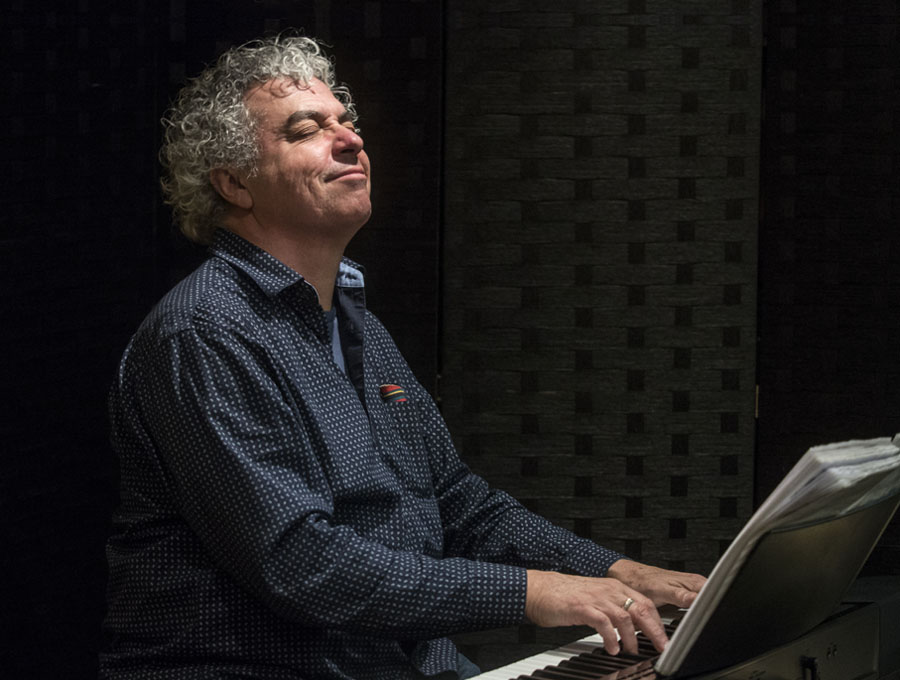 Performing solo on a piano – even before a large audience – comes with a sense of profound solitude. Alone on stage [or in this case, with pianist Jovino Santos Neto, it effectively means being in a sound-proofed recording booth] the artist retreats into the interior landscape of his mind, to view and interpret thoughts, ideas, feelings and emotions with a view to turning them into full-fledged songs [or poems or paintings, etc.]. The challenge becomes exponentially larger with the prospect of being seated at a magnificent concert grand piano – in this case, a Fazioli F278 – because the majesty of the sound precludes that its keys must be struck or caressed by a master.

This is exactly what you will hear in the repertoire of Luz by one who is – indeed – a master. Jovino Santos Neto is not simply that, he is an artist whose worldview is as profound as the musical tradition into which he was born. As a Brasilian, Mr Santos Neto is not only imbued with the unfettered alegria that comes with the territory of opening heart and mind to everything Brasilian, he also cut his musical teeth as musical director for O Bruxo himself – the great Hermeto Pascoal – for a decade and more. Now living in Seattle, USA, Mr Santos Neto distills all of his experience into a nearly-hour-long sojourn, alone with his beloved instrument: the piano.

The entire repertoire on this album is improvised; beginning with a central idea of exploring what it means to be bathed in the light of music. Luz, is therefore a mighty musical metaphor distilled into miniatures, each of which also stand alone as sound poems and narratives, evocative of the delightful madness of being touched by light. Each is also a complete song taking you into another world full not only of light, but also what happens when light descends upon the person of the artist. Each is a song of hope, doubt, sadness and ultimately joy. Some songs are familiar too – such as the Beatles’ “Blackbird” and Mr Pascoal’s celebrated song, “Bebê”.

However, no matter what the music brings; no matter what song unfolds, each musical missive is singularly Mr Santos Neto’s. This is clear from the fact that music speaks in a very special way to the pianist; it whispers its secrets in his inner ear, is processed in his mind’s mind and then ushered forth anew, from out of his fingertips. “Blackbird”, for instance, in its glissandi and dazzling runs and arpeggios, becomes a fluttering of the iconic bird’s wings as it takes flight in song and in life. “Bebê”, for which Mr Santos Neto has created a delightful new prelude, becomes a musical coddling of a thing of beauty; something to be summarily loved, worshiped and adored – a kind of homage to a Muse, so to speak.

Mr Santos Neto also presents other evocative miniatures – all of which are based on [and bring to life] some aspect of light – whether reflected from the mirror of the musician’s soul and through his eyes, or merely pronounced as if he were reciting the poetry of emotion. “Illuminado”, “Hoping for the Day” – both reflections on light [or Luz] are perfect examples. Elsewhere “Choro de Inverno” is a different kind of reflection – one that comes out as a cry, but turns out to be a joyful musical utterance too. And then there is the wickedly playful “A Cerca do Macaco”, which personifies the antics of our simian relatives dazzled – no doubt – by the light of day.

Wherever you go on this album, you will be seduced by the brilliance of light and the magnificence of sound as Mr Santos Neto turns the keyboard of this piano into a harp, a guitar, a drum, a contrabass, and a whole crashing orchestra – all of which bath each song in the brightness of light.