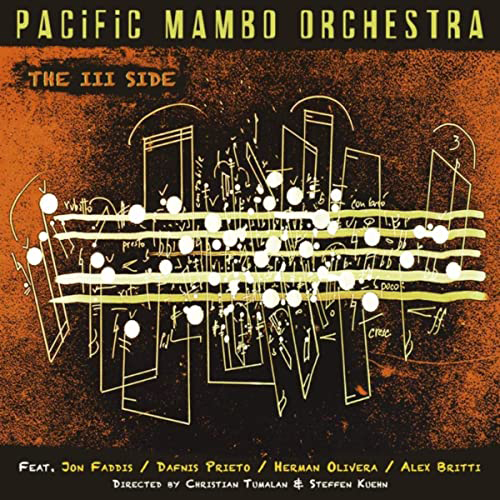 The Pacific Mambo Orchestra takes its name from the form of Cuban dance music pioneered by the charanga group Arcaño y sus Maravillas [circa 1937], made more popular in the big bands of Pérez Prado and world-famous by El Rey – the great Tito Puente, and Tito Rodríguez. Essentially [originally] a syncopated form of the danzón, known as danzón-mambo, mambo, as we know [and enjoy] it today came as the glorious, danceable and elaborate montuno finale of a typical of son cubano. It was all the rage during the 1940’s and 1950’s on both coasts of the USA.

The music of the Pacific Mambo Orchestra is not only rooted in this iconic rhythmic pattern and form of music and dance, but it quite vibrates with it and powers its way into your sensibilities with pomp and circumstance.

This is one of the most recognisable large ensembles on the West Coast of the US. It co-founders – keyboardist Christian Tumalan and trumpeter Steffan Kuehn – are both outstanding soloists, but have made sure that the group is known for the manner in which it plays its gloriously flamboyant charts. The result is music that gleams with a colourful brass section – trumpets and trombones that sing and dance around elegant and equally glitzy woodwinds section, together with a wall of rhythm led by Mr Tumalan.

Remarkably The III Side is just the orchestra’s third album. The “remarkable” aspect of this is that the band already appears to have the erudition and uncommon elegance of a group of musicians whose craft has been honed by years of refinement. 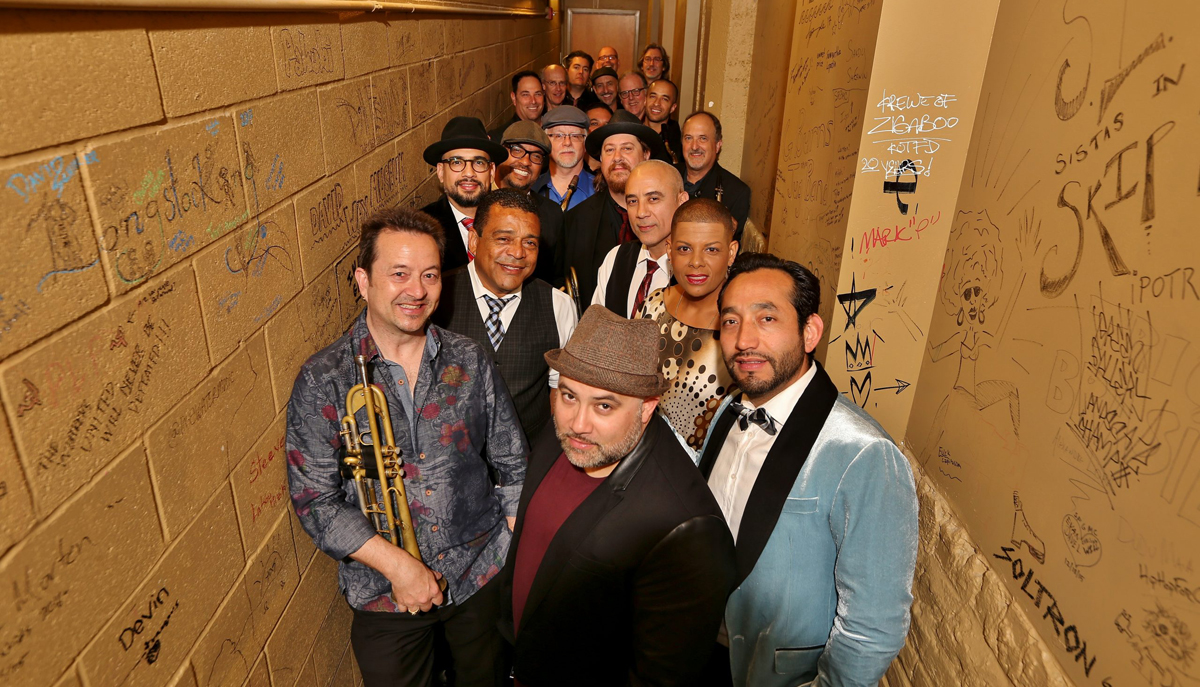 This speaks not only to the fact that its musical machinations function like a well-oiled machine, but more than anything else it is a testament to the musicians who make up the group and have a deeply interiorised relationship with the music, playing – as soloists and in ensemble – with idiomatic grace and elegance. Egoism and gratuitous versatility and ornamentation are assiduously eschewed. The focus is always on musicality. As a result of this music is melodically luminous and harmonically plush, with the muscularity of the rhythm section acting as the glue that binds it all into an impressive artistic edifice.

The ensemble plays these nine sinewy arrangements as if their collective lives depended on each note. As a result music flies off the paper and gathers like a bank of magnificent clouds in the air around the room. The group is also unafraid to venture outside the safe confines of what is conventionally acceptable of Afro-Cuban music. “Mambo Rachmaninoff” and “Fanfare for the Common Man” are two superb examples of this sense of adventure. The former piece is superbly arranged by Mr Tumalan and features – quite surprisingly for a spirited mambo – a wonderfully directed string quintet that plays not only with brisk eloquence but also in the joyful spirit of mambo.

In Aaron Copland, arranged by the groups own Aaron Lington, the heraldry of the original score is religiously maintained, while the group launches the work into the stratosphere with delightfully irreverent Afro-Cuban rhythms. Two songs composed by the great Dizzy Gillespie. The first is “A Night in Tunisia”, featuring the incomparable Jon Faddis on trumpet and with the Cuban, Dafnis Prieto rocking the Afro-Cuban rhythms. The second is “Birks Works” which features the other guest, Alex Britti on guitar. Both these tracks give notice of the group’s allegiance to Jazz – the music of Black America and rightfully so. “Omi Ye Ye” features a soaring vocal by guest star, Hermán Olivera.

The III Side raises the already-high benchmark of the Pacific Mambo Orchestra, further solidifying its soaring reputation as one of the best large LatinJazz ensembles in continental USA.