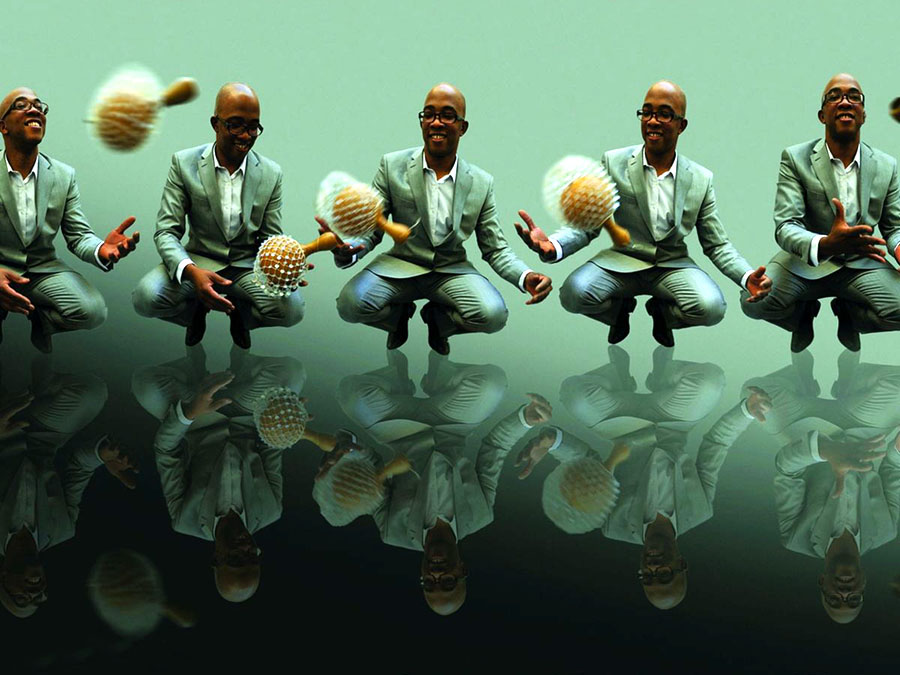 Celebrating Dizzy Gillespie – the legendary trumpeter and creative twin of the great [and equally-legendary] Charlie Parker – is not uncommon, especially among Cuban musicians, who value his recognition and support for Afro-Cuban culture as something seminal and which began with his collaboration with the incomparable Cuban rumbero, Luciano “Chano” Pozo. However, most listeners are generally exposed to a sort of [residual] colonial “mythology” that comes from how the world outside Cuba sees that great country – with the city of Havana as its “cultural ambassador”. The reality is not simply different, but incredibly diverse and stretches from Pinar del Río to Guantánamo and everything else in between, which includes Matanzas, La Habana, Camagüey, Holguín, Santiago de Cuba and eight other regions in the tiny Caribbean island nation.

Why the understanding of this is important is as important as understanding the difference between the reality of “Afro-Cuban” music and its faux-doppelgänger, which is rather deprecatingly called “salsa”. The percussion colourist Abraham Mansfarroll Rodriguez, like many Cuban musicians is one of the musicians who brings the richness and diversity in Cuban music to the fore in his deeply reverential homage to Dizzy Gillespie entitled Dizzy el Afrocubano – Hommage à Dizzy Gillespie. The musical tribute to Dizzy also raises the flag of Changüí, a lyrical-rhythmic musical idiom from the region of Guantánamo, which is where Mansfarroll – as he is popularly known – comes from. It is also a musical idiom which melds the Spanish canción with the West African and sub-Saharan rhythmic idioms such as kiribá and nengón.

Mansfarroll’s genius for invention reaches a musical summit of sorts on “Llegando a Bahía [Dizzy el Afrocubano – Hommage à Dizzy Gillespie]” the title track of this remarkable album. It is here that the African and Spanish collide with the Guantánamo [or “Cubanísmo”] nature of the percussionist. It is here that he pays homage to Dizzy – wielding his lyrical and rhythmic power in a song that combines uncommon melodicism with rhythmic supremacy. This was, after all, at the crux of the great collaboration between Dizzy Gillespie and Chano Pozo in “Manteca”; in the rumbling tumbao that morphed into Jazz bursting with the immortal, dancing harmonic inflections of tumba-Francesa that Dizzy and Chano Pozo captured like a proverbial genie in a bottle.

That Mansfarroll has been able to sustain his creativity over eleven songs – especially the remarkable ones composed by him – all of which grow out of the changüí of his beloved Guantánamo, Cuba, is cause for great celebrations and all the accolades that are due to music of considerable significance. That Mansfarroll was able to do this while living outside his home-country of Cuba is an added bonus, going further in making this repertoire worthy of much more than merely words of praise. Of course, the percussionist is not alone in making this possible. This is, after all, a tribute to one of the greatest Jazz trumpeters of all time. Happily, Mansfarroll was inspired in his choice of musicians to accompany him on this journey.

The two lead melodic and improvisatory voices were handed to Carlos Sarduy and Mario “El Indio” Morejón, and they do an admirable job in making this music burn blue, which is to say that it burns in the hottest part of the flame. You only have to melt in the heat of “Tin Tin Deo” and – more so – in the mystical and crepuscular “Night in Tunisia” – both now associated with the legend that is Dizzy. But make no mistake, the two trumpeters are not alone in bringing something special to this repertoire. There is also the wondrous playing of Irving Acao Sierra, another Cuban expatriate who resides in Europe. The French-Cuba collaboration has enabled Mansfarroll to rope in other musicians of considerable ability and repute – trombonists Denis Cuni and Martin Berlugue, for instance, and pianists Laurent Coulondre and Dimitris Sevdalis as well, who bring superb musicianship with them.

The wall of rhythm is granite-strong and this has everything to do with the masterful musicianship of percussionists Inor Sotolongo Zapata, Sebastián Quezada and Pedro Barrios, all of whom help create this gigantic rhythmic edifice; which leaves the proverbial best for last, and this goes to Felipe Cabrera Cárdenas, a towering contrabassist who anchors everything in the density and rumbling of his musicianship, with Luis Manresa and Rafael Paseiro, who share in the bass line credits of this monumental album.