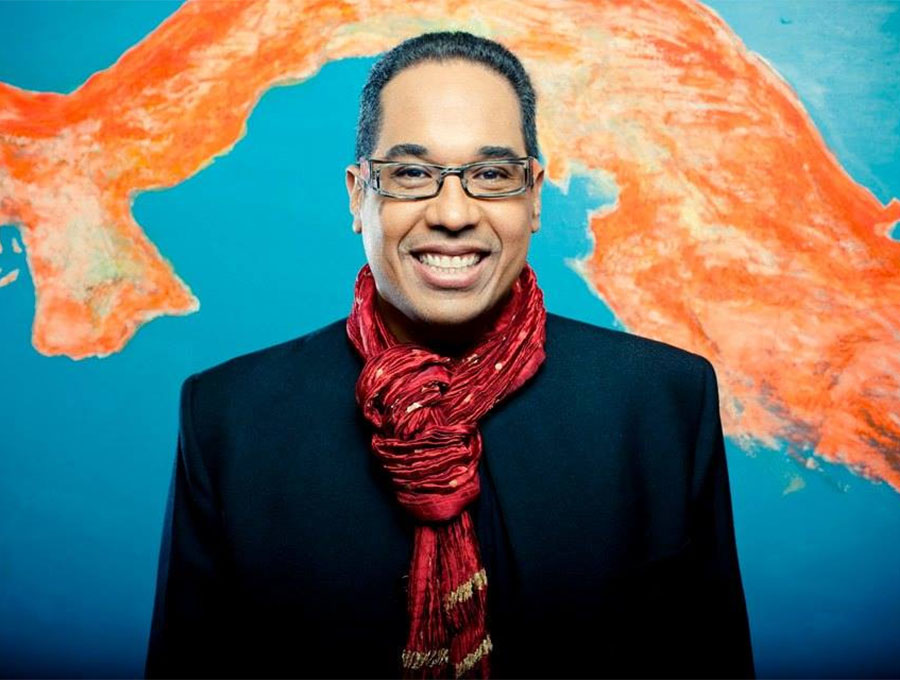 Danilo Pérez’s recording Panama 500 is remarkable. It is remarkable because it is a herculean task to be able to capture—albeit in snapshots—the history of Panama as it celebrates a landmark 500th anniversary. In September 2013 the country celebrated not only the arrival of the Spanish explorer, Vasco Nuñez de Balboa, but also the Spaniard’s crossing the isthmus to reach the Pacific from the New World. It is sweeping epic and covers the mythology relating to the beliefs of its proto-historic Guna peoples. And here is where the attempt by Mr. Pérez gets unique and interesting. Eschewing the urge to put music and folkdance above history, Mr. Pérez crowns his opening musical narrative “Rediscovery of the South Sea” with an initial invocation from Román Diaz, ostensibly to call upon the Gods to bless the enterprise. Then the music is melded in with a narration of the Guna peoples and at once Panama’s cultural anthropology and ancient genesis is tied to seemingly Biblical creation stories (although this must have become known much later, with the Spanish on the shores of Panama. However, it is interesting that early griots—prior to the advent of the African slaves brought in by the Spanish—consider the land to be on loan from God the father, “Bab Dammad”—so much so that it sets Panama’s ecological agenda even before the land was created, which again is unique. But on to the music.

How would a musician—even one as adept as Danilo Pérez use a chamber work to create the history of a land. It must not have been easy. Like every other country in Latin America, most the indigenous peoples tend to be left aside, but not on the music of Panama 500. Mr. Pérez involves them with the narration of the statement of purpose of the land at the very outset of the music. His devices are as unique as his use of instrumentation. First a violin to herald Román Diaz’s chant, where he invokes the presence of the Gods; then the piano in a slightly subordinate role so the mythology and beliefs can be strongly established. Percussion is cleverly used in a manner to suggest the Africanization of the isthmus, with minor chords in a cross-hatch manner so as to establish clash of peoples. This settles down when the piano retreats into a dallying mode so as to suggest conflict resolution. The third sequence herald’s calm, suggesting that various tribes have accepted one another and the invocation of the Guna people takes place, setting the stage of the great socio-religious pontification.

Of course, next follows the Spanish conquest, the formation of Spanish colony by Vasco Núñez de Balboa and the various treaties that take the governing of the isthmus out of the hands of the indigenous peoples and puts it squarely in the hands of its conquerors. Music here is tentative at first then grim, with the piano and the percussion at loggerheads suggesting conflict again. Here the violin plays a sequence that is simple but sad, with a sudden rush, but soon things smooth over and the resolution with in the music as piano and percussion, now with a dissonant bass rising in a glorious manner. Freedom after 300 years and now it is time to set the country’s course. Mr. Pérez digs so deep into his heart and bares his soul when it comes to being true to history—and so he must, now, as he assumes the role of a silent griot at least in this piece.

The role of percussion is superbly defined by Mr. Pérez. Although there must have been a temptation to use more wildly struck drums to signify strife, Mr. Pérez seems to have resisted, using instead gourds with their resonating seeds within. This softness immediately suggests the cultural anthropology of the Guna people, who were welcoming to the point of pain—suggested, in turn by piano and bass, which when Sachi Patitucci’s cello is added, suggests a coming together of the music—a grand resolution to be more precise. The significance of “Abita Yale” and “Gratitude” are both connected with not just the dismissal of the Spanish, and allegiance to America, but also the American’s assistance in building the historic Panama Canal linking the Atlantic and the Pacific nations. “The Canal Suite” is an exquisite piece of music. It is as complex and as epic as the endeavour that went on for a decade and rightly so, Mr. Pérez‘s music glorifies the achievement. In the final analysis, however—and with the return to the “Narration to the Reflections on the South Seas” and the “Celebration of Our Land” Mr. Pérez seems to take the listener in another direction and that is the direction where he hopes the indigenous peoples will have their say in the progress of the country as much as he knows the big business will. Grand chords and big finishes to each of the final sequences provide premonitions of this as the music must inevitably come to a close, but not before Mr. Pérez also suggests less strife and harmony in the celebratory nature of his final piece: “Celebration of Our Land”.

From New York Via Cuba: The Pedrito Martinez Group