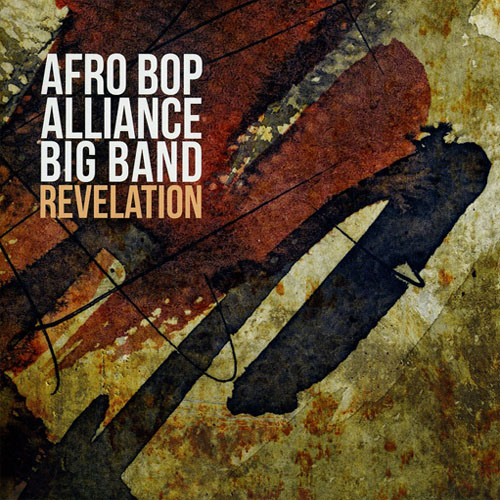 The relatively small, yet deeply rewarding output of the Afro Bop Alliance Big Band is skillfully wrought, thoroughly idiomatic, inventive and communicative on every level and it is not surprising that each album finds favour with audiences and students of big band music. Moreover the music’s variety of mood, conception and sheer exuberance is a moving feast for the inner ear. Revelation, like all its predecessors, is ravishing kaleidoscope of music with crashing contrasts of volume and dynamics (the percussion-heavy scoring is enhanced here by the glorious beauty of a quartet of steel pans). Revelation is worth every penny one would pay for it.

The recording begins with ‘CuBop’, an apocalyptic shout and show-opener that calls for setting the musical bar very high indeed. Fortunately all of the musicians involved are seasoned, technically commanding and musically insightful virtuosos who go well beyond merely playing the notes. From here onwards it’s all a series of dramatic musical peaks and no troughs of course. Musicians capture both the music’s extemporaneous sensibility and sudden theatrical crests. Each performer is clearly heard giving it his and her all – thanks, in no small way, to gorgeously spacious and clean engineering by Bob Dawson. Of course, here is leadership of the very highest order by drummer Joe McCarthy as well as conductor (on three tracks) Roland Vázquez. All of their efforts would come to naught were it not for individual performances – both solo and ensemble – of tremendous style and authority.

It is surely a well-known fact that Victor Provost has added a wonderful dimension to this big band. His two strategically-placed compositions, namely ‘Magharibi’ and ‘Soufriere’, display his mature writing style and how this is energetically intertwined into the repertoire of the ensemble. Provost’s extraordinary colouristic palette particularly comes alive in ‘Magharibi’ where the quartet of pans create tones and textures that are meticulously gauged and balanced not just for the individual players but also for the entire band.

The album comprises of five other compositions. Each is arranged to fit the warm, closely detailed sound of the Afro Bop Alliance Big Band and each features articulate performances by the musicians on this intense recording made all the more enduring thanks to the brilliantly aggressive, evanescent musical onslaught and refined flexibility from start to finish.

Track List – CuBop; No Rest for the Bones of the Dead; Magharibi; Family of Four; Soufriere; Dialed In; Creencias.