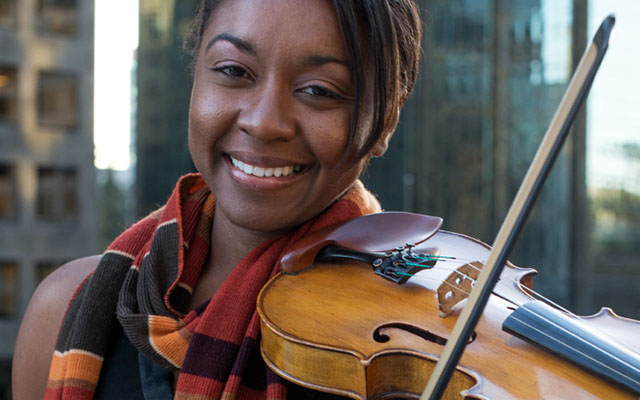 “A violinist who tends towards relative introversion and a pianist who tends the other way. Put them together and something magical happens within the tensions they engender. Of course there are other musicians as well, and they drive the rhythmic brilliance of this album, but it is ultimately a young violinist Dayren Santamaria and a wizened pianist Oscar Hernández who share the experience. Ultimately Belleza is Dayren Santamaria’s record, however and it is who it must be said, plays with audacity and spirituality. Her softly singing, sweet and tender playing invokes the beauty of her instrument often in hushed and also in exuberant tones. Her dynamics make for exquisite essences and aura.”
— Raul da Gama, Latin Jazz Network (Belleza: Album of the Week – June 14, 2015) 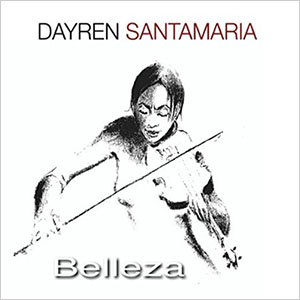 Dayren Santamaria & Made in Cuba

Dayren had a chance to record some of her original compositions on her new CD. It includes loving tributes to Cuba and her birthplace of Matanzas. It also features great performances from many Latin Jazz masters as well as Dayren’s expressive violin.

Dayren was fated to be an entertainer. Born in Matanzas, Cuba to a professional musician father and an actress mother, she opted for a musical life and chose to study violin at age 8. Her passion for music has taken her on a journey around the world and across musical styles.

After graduating from the National Art School in Havana, she had extended engagements playing with the National Symphonic Orchestra of Havana and as concertmaster of the Camerata Romeu. Both engagements involved extensive live performance, international touring, recording, and film score work in a range of genres.

Dayren earned her master’s in music performance from the University of South Florida in Tampa. While in Tampa, she recorded and performed with respected artists including Gumbi Ortiz and Fred Johnson. She also performed regularly with world-music group Wassalou at Walt Disney World and with the USF Symphony Orchestra.

Since relocating to Los Angeles in 2006, she has worked extensively with latin jazz ensemble Mongorama and appears on their Grammy-nominated 2012 CD. She has also performed in LA with variety of groups including performances with actor/musician/producer Andy Garcia, a fellow Cuban emigree. She still has time to pursue other musical activites including working with other groups and teaching engagements.

Well-schooled in styles spanning classical music, jazz, R&B, salsa, and Cuban folkloric music, Dayren has earned praise from appreciative fans for her passionate renditions of works on both acoustic and electric violin. She provides music suitable for all occasions, whether as a member of an orchestra, ensemble or group, or even as solo violin with or without recorded accompaniment.

Audiences and fellow musicians in a range of musical styles know that this young lady can really play and isn’t limited to reading orchestral scores! Her performance experience and her passion for music are evident.

Dayren was a member of the Cuban group Camerata Romeu when it was documented in the 2002 film Cuba Mia (“My Cuba”). The film affords a look at the workings of a busy string ensemble as well as a glipse into the daily life of Havana residents.