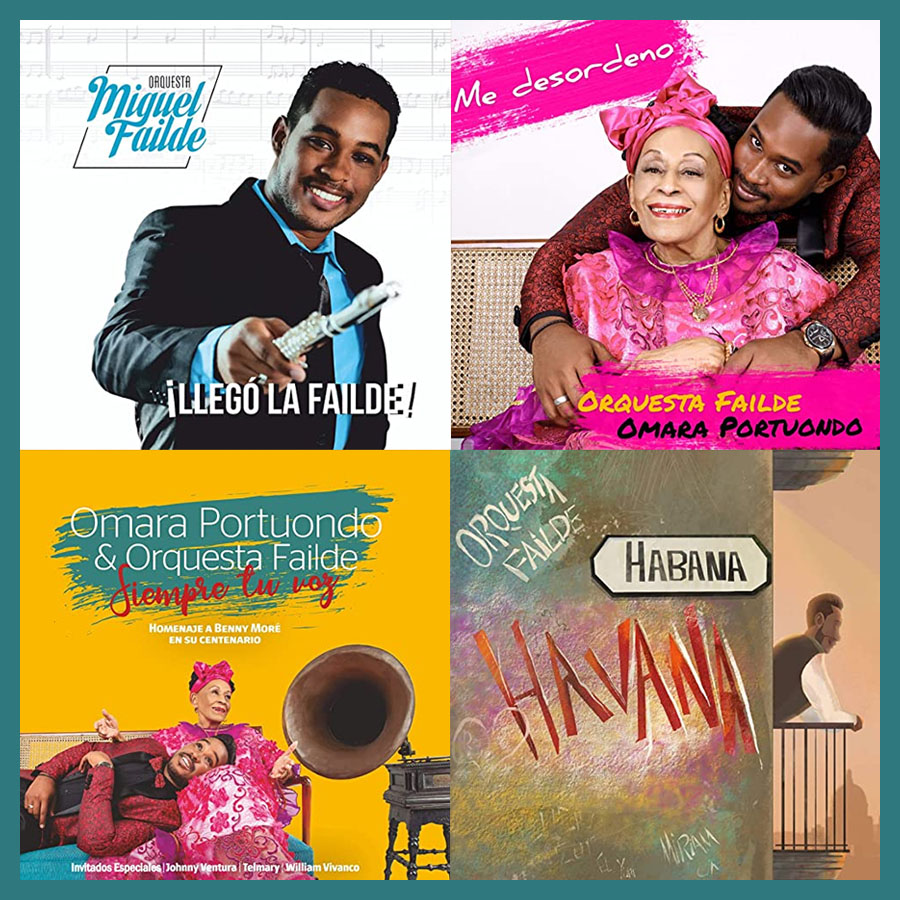 Ethiel Faílde, great-great grandson of the incomparable Miguel Faílde is, indeed, the keeper of the flame of danzón; the true successor of the iconic ensemble that the older Faílde fronted so successfully. Orquesta Miguel Faílde was reincarnated by the young virtuoso flutist from the province of Matanzas, fairly soon after he graduated from music school, not very long ago. By his own admission, he came to danzón later than you would think. Nevertheless evidence from his music indicates that this music – and that of his illustrious forebear – runs (indeed it gushes) furiously in his veins. Today Mr Faílde directs an inspired Orquesta Faílde and has distinguished himself with his superb arrangements of songs no doubt played by his ancestor as well as many other superb ensembles since then. He has travelled quite extensively and his finest hour may have come when he was asked to perform at an official ball convened to honour President Obama’s historic visit to Cuba in March 2016.

Enjoy this playlist with the music of Orquesta Faílde featuring the incomparable diva Omara Portuondo.

Previous article
Jazz Plaza 2020: Embracing the Culture of Jazz
Next article
Ethiel Faílde: Keeper of the Flame of Danzón