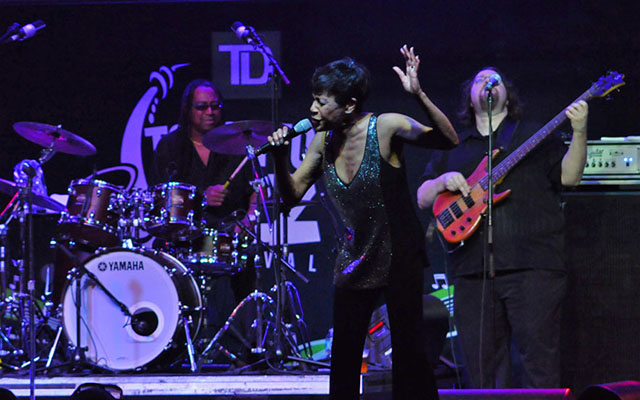 On its 26th edition, one of the most important jazz festivals in Canada and North America took place between June 22nd and July 1st, 2012. The TD Toronto Jazz Festival has always presented some of the biggest names in jazz, and this year was no exception. 1500 musicians took over the city performing more than 350 concerts to an estimated audience of half-a-million music lovers. During 10 days jazz made its presence in over 60 stages scattered throughout the city. This year the organizers expanded the boundaries of the festival. Besides the usual main stages, concert halls, theatres and clubs, it also included 5 churches, 1 fast food chain, 4 stages dedicated strictly to presenting free concerts for the duration of the festival, and 1 movie theatre.

The Festival paid homage to the big screen with its presentation of Bruno’s Blues, an independent Canadian feature film, running June 23 – June 30, 11pm nightly at Carlton Cinema. A mockumentary based on the life of jazz pianist Bruno Hubert, the film features more than 20 Canadian jazz musicians including trumpeter Brad Turner and vocalist Denzel Sinclaire.

Our contributing photographer, Atael Weissman captured through his camera’s lens the atmosphere and the excitement that only live music can provide. Check out the performances of the following artists: Bettye Lavette, Esperanza Spalding, George Benson and Karrin Allyson.

Related Topics:
Up Next

Atael Weissman’s main occupation is as an engineering consultant. Born, raised and educated in one of the former Soviet Union republics, which is now Latvia. He lived in Israel and now in Canada, for the last 28 years. Photography and jazz music have been his main hobbies for many years -perfect combination.