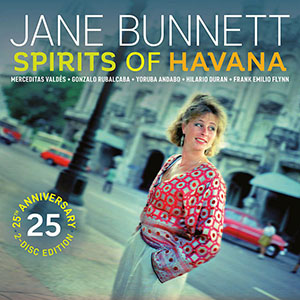 TorontoJazzFest: 2016 marks the 25th Anniversary of Spirits of Havana. Canadian flutist and soprano saxophonist Jane Bunnett traveled to Cuba and immersed herself in the island’s music. Jane Bunnett’s Spirits of Havana, the landmark 1993 album that brought together North American and Cuban musicians in Havana, preceded Buena Vista Social Club by three years. Combining other Canadian musicians with a host of gifted Cubans, guided by senior percussionist Guillermo Barreto on timbales, in a a genuine exploration of what is most distinctive and valuable in Cuban music and the special relationship of its African elements to jazz. Set for release June 24, 2016 via Linus Entertainment, the deluxe re-issue of Jane Bunnett Spirits of Havana includes a 2CD package with 3 unreleased tracks, 36 page book that includes historical photos and extensive notes by the late Robert Palmer and writer Ned Sublette. 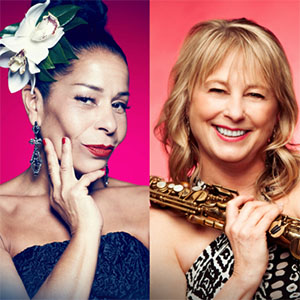 Known as one of Canada’s greatest voices, award-winning jazz vocalist Molly Johnson is a mother, singer-songwriter, artist and philanthropist who has grown to become a Canadian icon in the jazz scene worldwide. Molly’s luscious interpretations of jazz and blues standards speak to an emotional depth that few vocalists in any genre have ever reached. Molly’s story starts in the mid-sixties when as a young grade schooler, she and her brother, Clark Johnson, were tapped by legendary Toronto icon and producer Ed Mirvish to appear in Porgy and Bess at the Royal Alexander Theatre. In time, Porgy and Bess was followed by South Pacific, Finian’s Rainbow and other classic musicals. With the desire to become a choreographer, the budding child star was soon enrolled in the National Ballet School. Eventually Molly was taken with the idea of writing songs and the future chanteuse began to see herself as a potential songwriter.