A Musical Journey of Love, Friendship and the Power of Imagination

The Cuban is a “a story of how the power of music knows no barriers”. A young Afghan immigrant, a naive pre-med student named Mina starts her first job at a nursing home when an unexpected friendship with Luis, an elderly Cuban musician, a resident with dementia, reignites her love of music and changes her life.

Alma Records released a soundtrack album for this indie drama, featuring original music composed by Grammy Award-nominated jazz pianist Hilario Durán. The soundtrack is now available on amazon for download and on streaming services. It’s been recently announced that The Cuban will be premiering in Toronto at the Lavazza Drive-In Film Festival as the opening film on July 20th at Ontario Place at 9pm. 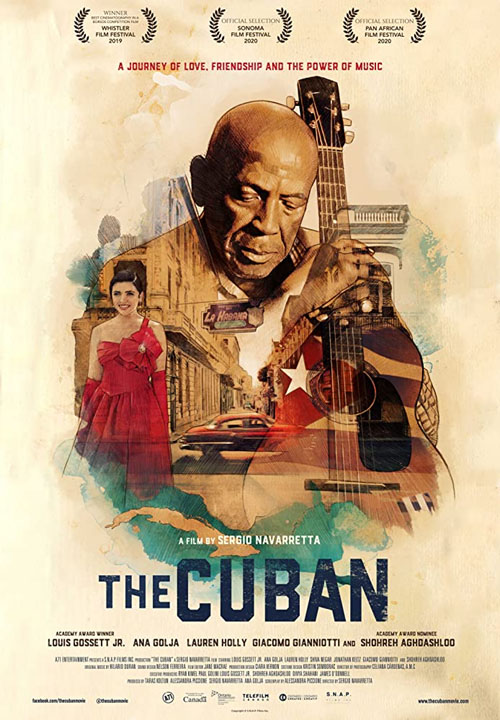 The Cuban is a feature film about a nineteen year old immigrant from Afghanistan. Having lost her parents at a very young age, Mina Ayoub, was sent to live with her aunt in Canada.

Pressured to pursue a career in medicine, as opposed to her real passion — music, Mina reluctantly takes a part time job at a local nursing home. Here she meets Luis García, one of Mina’s most enigmatic patients, who has Alzheimer’s and vascular dementia and spends his time retreated in a wheelchair, in his room.

Mina hums tunes from her childhood as she goes about the job of feeding Luis and to her surprise, it ignites a spark inside him and he begins to awaken.

There are some things in life that bring together the most unlikely people – Music is one of them. The Cuban explores the power of music and how it knows no barriers; how it ignites a fire within those that consume it, which in turn, helps create memories that last a lifetime.

We want to shine a light on the progression of Alzheimer’s which robs a person of these memories. The story will remind the audience to never take life for granted, cherish the precious moments with those that are close to us, and most importantly, value one another’s stories before they’re taken away for eternity.

Through the Music Project, personalized playlists are provided FREE of cost to support a person living with dementia and improve their quality of life.