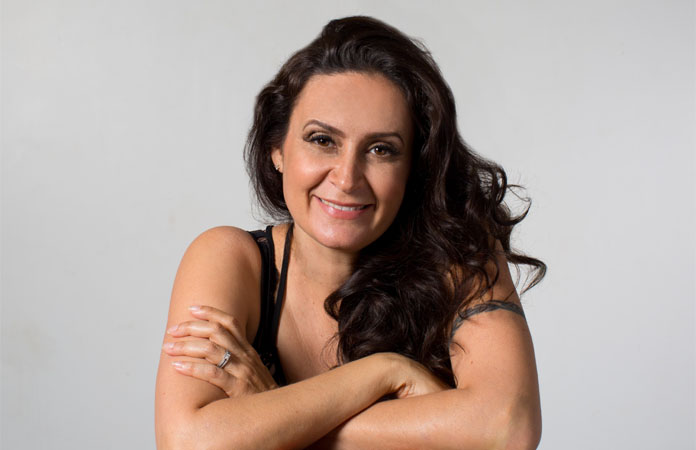 Telling a Gentler Story: Grunge-Born, Jazz-Inspired Singer-Songwriter Valeria Matzner Finds the Tender Side of her South American Soul on Anima

Uruguayan-born singer-songwriter Valeria Matzner walked into the studio with a book full of ideas. But she had no idea what final shape they would take. “Twenty minutes before the recording session, I announced that I had an idea and wanted to work on it. Our engineer was so patient with me. I wanted it to be very soft and tender. South American singing is not about showing off your instrument, your technique, it’s about singing the damn song,” Matzner states. “I don’t want to show I have a pretty voice. I want to tell a story.”

Matzner went in and nailed it, crafting the tender ballad “Amor y Soledad.” The track channels vulnerable sway and intimate appeal of Anima (release: May 16, 2018), Matzner’s first solo album and first recording after immigrating to Canada and diving into jazz. The Montevideo native 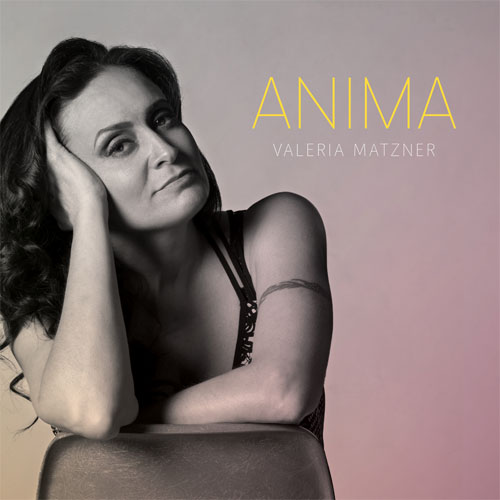 explores the softer side of her musical soul, filtered through a firm commitment to songwriting and a new-found perspective on her South American past.

“A lot of the songs on this album took a lot of reaching to write. I found myself able to write faster, upbeat songs easily. But writing ballads, I resisted that,” she muses. “I had to embrace the tender and vulnerable part of me. In this part of my life, I’m getting more in touch with that side.”

Matzner’s music wasn’t always so gentle in its approach. Though she grew up with classical training, singing as a chorister in the national choir, she and a friend would slip away from rehearsal to hang out with the guys at a local record store, asking for mixtapes. Matzner soon added hard rock and punk to the Latin, tango, and Brazilian music she heard her parents play at home.

When the Seattle sound swept the world thanks Nirvana and Pearl Jam, Matzner knew what she had to do. She started her own band, Blue Angel, with friends. Playing in a band meant writing your own songs: “If you played someone else’s music, you were considered a fake. You weren’t contributing anything,” recounts Matzner. “I showed some ideas that I had to a friend of mine, and I started writing my own music.” Over time, the band’s sound morphed to incorporate more local elements–even Ecuadorian folk music–into the grunge.

It was tough to earn respect as a female bandleader, but Matzner did it. The band played all over, from small holes in the wall to big festivals, even at SXSW. Then Matzner fell in love, married a fan, and wound up in a remote part of northern British Columbia. She found her music career on hold in her new homeland and her identity shifting as she adjusted slowly to life in Canada.

After some years, some heartbreak, and some moving around, Matzner found music calling her again. This time, she decided to pursue training in jazz. “I decided to go to music school,” says Matzner. “I got into something new, jazz and electronic music composition. Electronic music guided me in ways you may not hear at first,” but that pop in intriguing ways in Anima’s production choices, including an unexpected cover of Radiohead deep cut, “Lotus Flower.”

Jazz did, too, and its impact is readily apparent (“Illusion”). Yet as with rock, Matzner did not want to stick with singing standards. She began to write her own songs, eventually finding pianist and songwriter Scott Metcalfe to collaborate with. Matzner and Metcalfe both had a long history of writing across genres and styles. Together, they captured a variety of moments, sounds, and beats, like the feel of a newly democratic, musically bubbling Buenos Aires in “Contemporaineo,” where Matzner spent several years as a young woman.

They discovered ways to pay tribute to Matzner’s love of Brazil and its many musical styles. Portuguese often intermingles with Spanish in her lyrics, or inspires entire songs, like the beautiful “Lua Cheia.” A late-night swim in Rio with the lights of the city shimmering on the waves sparked “Cor,” which weaves together two different Brazilian rhythms. “It’s about finding peace in the water,” Matzner explains. “I wanted to stay there and never come out and just find peace in the current, submerging myself and looking at the colors.”

Reaching into South American sounds came naturally to Matzner as part of her ongoing adjustment to life in a new, very different country. “I realized I was getting deeper into my roots as I worked more and more in jazz,” recounts Matzner. “Musical exploration and memory became a way of finding myself more and more in a culture.” Digging deep also meant surfacing an emotionally tense tenderness in songs like “For My Father,” a song connected to Matzner’s restored connection to her father as an adult.

These intense subjects and stories channelled with a gentle touch are steps toward a new, more mature songwriting style, an achievement honored by a recent Global Music Award. Songs like “Broken Landscapes” point in this direction: “I’m drawn more and more to a philosophical way of looking at things and writing songs,” muses Matzner. “It’s painful to have to dig into yourself for inspiration. It’s very self-absorbed. I want to sing more outwardly, about stories outside of me.” Matzner instead strives to sing about the world, via the lens of a resonant soul, to the beat of the Latin pulse she imbibed from childhood.