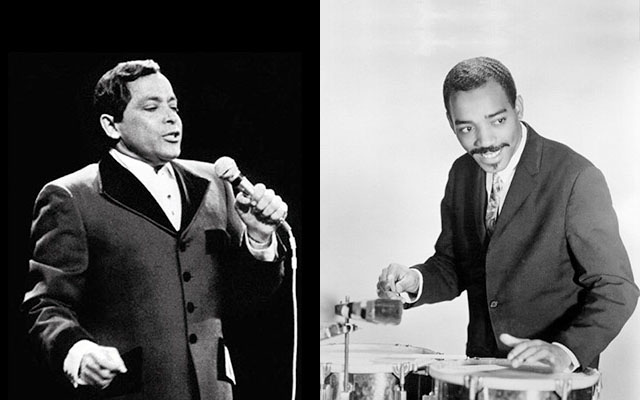 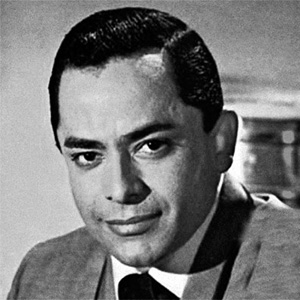 Tito Rodríguez (January 4, 1923 – February 28, 1973) was a popular 1950s and 1960s Puerto Rican singer and bandleader. He is known by many fans as “El Inolvidable” (The Unforgettable One), a moniker based on his most popular interpretation, a song written by Cuban composer Julio Gutiérrez.

Tito Rodríguez (birth name: Pablo Rodríguez Lozada was born in Santurce, Puerto Rico, to a Puerto Rican father from San Sebastian. He worked in Dominican Republic as land developer. Not as formally posted being Dominican and mother from Holguin Cuba, became interested in music as a child. He was always surrounded by musical toys, such as guitars, pianos and trumpets. His older brother, Johnny Rodríguez was a popular song composer and bandleader, who inspired the younger Rodríguez to become a musician. In 1936, 13-year-old Rodríguez joined the group of Ladislao (El Maestro Ladí) Martínez, “Conjunto de Industrias Nativas”, as a singer and when he was 16 years old he participated in a recording with the renowned Cuarteto Mayarí. In 1940, Rodríguez emigrated to New York City shortly after his parents, José and Severina, died. He went to live with his brother Johnny, who had been living there since 1935.

In New York, Tito Rodríguez found a job as a singer and bongó player for the orchestra of Eric Madriguera. In 1941, he recorded “Amor Guajiro”, “Acércate Más” (Come Closer) and “Se Fue la Comparsa”. In 1942, Rodríguez joined the band of Xavier Cugat, and recorded “Bin, Bam, Bum” and “Ensalada de Congas” (Conga Salad). Rodríguez joined and served in the U.S. Army for one year. After he was discharged, he returned to New York where he joined the orchestra of José Curbelo. On one occasion, the band performed at the China Doll Cabaret. There he met a young Japanese chorus girl by the name of Tobi Kei (b. Takeku Kunimatsu, 23 January 1925, Bellingham, Washington, USA), who eventually became his wife. Read more…

Willie Bobo was the stage name of William Correa (February 28, 1934 – September 15, 1983), a Latin and jazz percussionist of Puerto Rican ancestry. William Correa grew up in Spanish Harlem, New York City. He made his name in Latin Jazz, specifically Afro-Cuban jazz, in the 1960s and ’70s, with the timbales becoming his favoured instrument. He met Mongo Santamaría shortly after his arrival in New York and studied with him while acting as his translator, and later at the age of 19 joined Tito Puente for four years. The nickname Bobo is said to have been bestowed by the jazz pianist Mary Lou Williams in the early 1950s.

His first major exposure was when he joined George Shearing’s band on the album The Shearing Spell. After leaving Shearing, Cal Tjader asked Willie Bobo and Mongo Santamaria to become part of the Cal Tjader Modern Mambo Quintet, who released several albums as the mambo craze reached fever pitch in the late ’50s. Reuniting with his mentor Santamaria in 1960, the pair released the album Sabroso! for the Fantasy label. Bobo later formed his own group, releasing Do That Thing/Guajira with Tico and Bobo’s Beat and Let’s Go Bobo for Roulette, without achieving huge penetration.

After the runaway success of Tjader’s Soul Sauce, in which he was heavily involved, Willie Bobo formed a new band with the backing of Verve Records, releasing Spanish Grease, of which the title track is probably his most well known tune. Highly successful at this attempt, Bobo released a further seven albums with Verve. In the early 1970s, he moved out to Los Angeles. He again met up with his long-time friend Richard Sanchez Sr. and his son Richard Jr. and began recording in the studio. Bobo then worked as a session musician for Carlos Santana among others, as well as being a regular in the band for Bill Cosby’s variety show Cos. In the late ’70s, Bobo recorded albums for Blue Note and Columbia Records. After a period of ill health, he died at the age of 49, succumbing to cancer.

Source of both biographies: Wikipedia