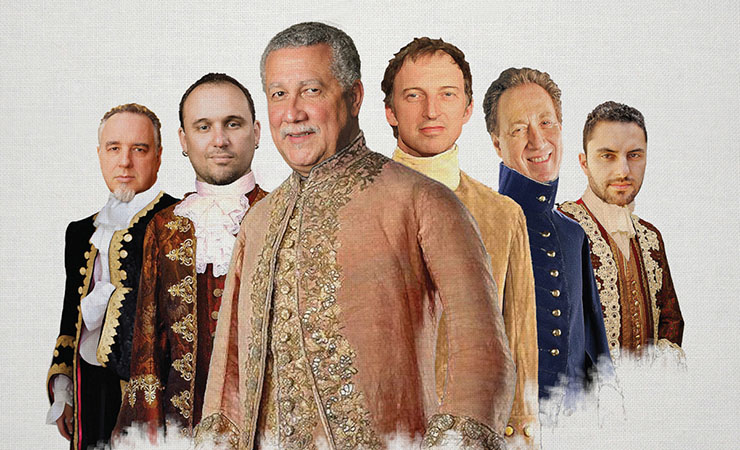 The border between classical and jazz music has always been a fluid one, with composers from each camp finding inspiration on both sides of the divide. It wasn’t long ago that Darius Milhaud, Igor Stravinsky and Bela Bartok were studying the exciting, extemporaneous new music of jazz musicians. Of course, many jazz musicians were just as transfixed by the historical developments made by classical composers.

The Grammy Award winning woodwind master Paquito D’Rivera has a long history with classical music. As a young boy, he was introduced to a wide variety of music, from Mozart to Ellington, by his classical saxophone playing father in Cuba. On his new recording – Jazz Meets the Classics, D’Rivera and his wonderful ensemble have recorded intriguing arrangements of the classical repertoire of legendary composers, including Chopin, Beethoven and Mozart, for a jazz sextet.

D’Rivera has long been a highly regarded clarinetist and saxophonist in the realms of jazz and Latin music. As a boy, he was regarded as a wunderkind on clarinet following in his father’s classical performing footsteps. D’Rivera was weaned on the music of Mozart and Beethoven but also on that of Benny Goodman and Duke Ellington. For D’Rivera, the bridge between classical and jazz was a natural one.

For the recording, D’Rivera assembled a sextet of his regular collaborators, all astonishing musicians in their own right: trumpeter/trombonist Diego Urcola, pianist Alex Brown, bassist Oscar Stagnaro, percussionist Arturo Stable, and drummer Mark Walker. Special guest pianist Pepe Rivero was also featured on two arrangements of Chopin and an original piece that he wrote for the ensemble.

The ensemble convened and recorded the album live at Dizzy’s Club Coca-Cola in New York City on June 14, 2012. 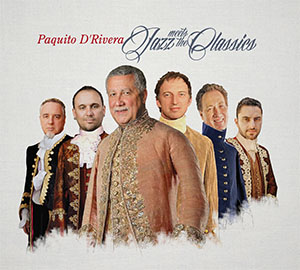 An invigorating blend of influences that have made Paquito D’Rivera the musician he is today inform the music on Jazz Meets the Classics. The mixture of jazz, classical and Afro-Latin traditions into a cohesive whole is wonderfully executed by the leader and his phenomenal sextet.