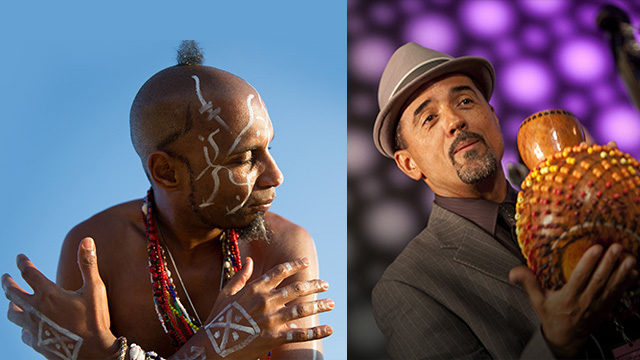 When Omar Sosa talks about his formative influences, he always starts with Camagüey, the inland bastion of Afro-Cuban culture where he was born and raised. Before moving to Havana as a teenager to study piano at the prestigious Escuela Nacional de Música, he devoted himself to percussion and marimba at Camagüey’s rigorous conservatory. He’s traveled far and wide over the past three decades, but always seems to find his way back home.

Omar will feature his Quarteto AfroCubano with special guest percussionist John Santos, bassist Childo Tomas, drummer Ernesto Simpson, and saxophonist Leandro Saint-Hill. Omar and John met soon after Omar arrived in San Francisco in 1995, and they have shared a remarkable musical chemistry ever since, including two albums (“Nfumbe” and “La Mar”).  John is one of the founding artistic directors of SFJAZZ.  Their reunion is sure to be a highlight!

Omar has assembled a group that will be making it’s world debut – including Joo Kraus on trumpet, Mino Cinelu on percussion, and Yosvany Terry on saxophones.  Joo is an award-winning German horn player who is featured on Omar’s GRAMMY-nominated Miles Davis ‘Kind of Blue’ tribute CD, ‘EGGUN’ (2013).  Mino Cinelu is a French-Caribbean artist who played as a young man with Miles Davis in the mid-70s, and has continued an illustrious career of composing, recording and performing, including engagements with Sting and Weather Report.  Yosvany Terry is an extraordinary talented composer, producer and saxophonist from Omar’s hometown, Camagüey.  Yosvany is featured on Omar’s recent recording ‘ILE’ (2015).  This evening will is a once-in-a-lifetime opportunity to experience this special ensemble! 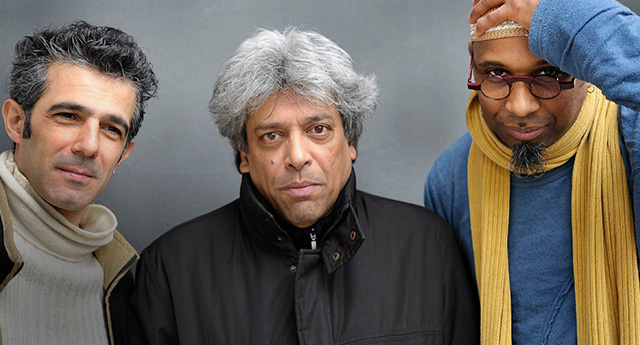 For the final night of his SFJAZZ residency, Omar has invited GFS Trio, the all-star group with renowned percussionist Trilok Gurtu and celebrated Italian trumpet / flugelhorn player Paolo Fresu.  GFS Trio has been performing at major concert halls throughout Europe since 2010, and will be making its North American debut at Miner Auditorium on April 23!  An evening not to be missed!