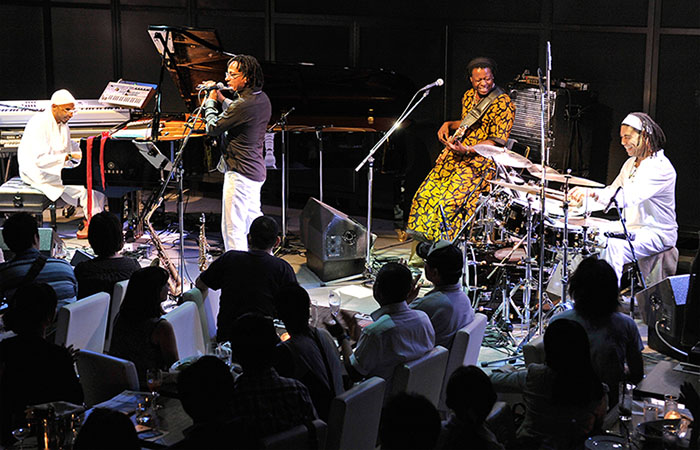 Since he emigrated from Cuba in 1993, Omar Sosa has forged a distinctive musical path, fusing an array of jazz, world music, hip-hop, and electronic elements with his Afro-Cuban roots. Omar’s newest recording, ilé, marks a homecoming for the 7-time GRAMMY-nominated pianist and composer to the Latin Jazz influences of his formative years in late ‘80s and early ‘90s Havana. During this period, Omar savored the music of Pancho Quinto, Lázaro Ros, Rubén González, Machito, Benny Moré, Arsenio, Cachao, Lili Martinez, Peruchin, Chucho Valdés, and Irakere. Ilé means home, or earth, in the Lucumí tradition of Cuba, derived from the Yoruba language of West Africa, and it is to the Latin Jazz roots of his native Cuba that Omar returns for inspiration on this new studio recording. 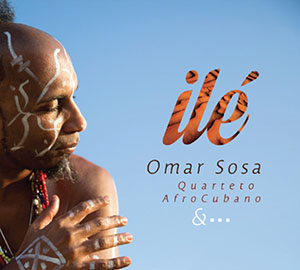 Joining him on the project are three seasoned musicians with whom Omar shares a close connection: fellow Camagüeyanos, Ernesto Simpson on drums, and Leandro Saint-Hill on alto saxophone, flute and clarinet, and Mozambican electric bassist Childo Tomas – collectively known as Quarteto AfroCubano. These musicians speak the same musical language, using their Cuban and African traditions as a springboard for creative freedom.

Ilé offers contemporary interpretations of some of the classic Cuban musical styles the world has come to admire. Listeners will enjoy a mix of ballads and sophisticated mid and up tempo arrangements. Also included is a set of four atmospheric interludes, featuring traditional music samples combined with improvised piano and soprano saxophone accompaniment.

Overall, the compositional focus of the project is on ensemble playing. A noteworthy dimension is Omar’s use of the Fender Rhodes electric piano in equal measure with the acoustic grand piano.