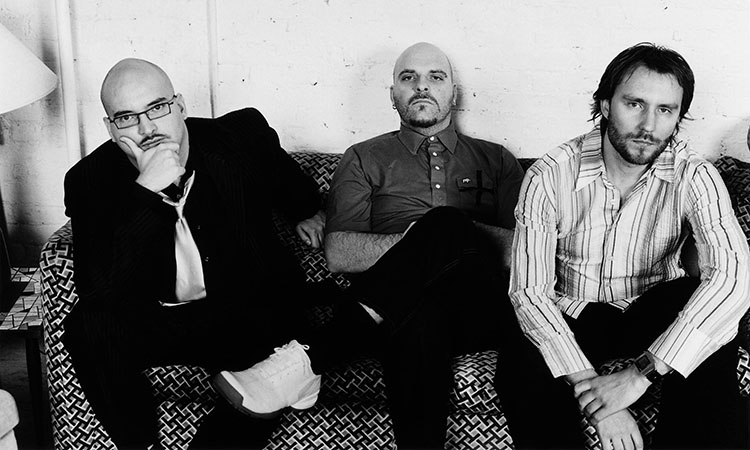 The Bad Plus — bassist Reid Anderson, pianist Ethan Iverson, and drummer David King — have a well-earned reputation for pushing the limits on what is expected of a piano-bass-drums trio. The past 15 years have seen the genre-smashing band create a distinctive and original repertoire of inventive and exciting original music, along with iconoclastic covers of artists as divergent as Nirvana and Neil Young, Aphex Twin and Ornette Coleman. Earlier this year, the acclaimed trio took on one of the most influential works of the 20th (Sony Music Masterworks). 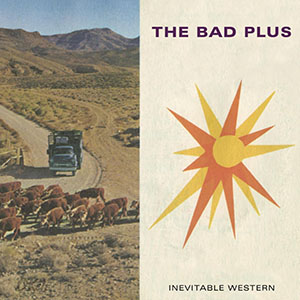 The Bad Plus’ tenth studio recording, Inevitable Western, is comprised entirely of originals and continues the band’s committed belief in what Nate Chinen of The New York Times dubbed ‘avant-garde populism’ — the idea that serious music can be as engaging and accessible as it is forward-thinking and provocative. Inevitable Western sees the group exploring the same set of aesthetic principles that fired their inception: an exploration of myriad musical forms born of jazz and advanced using any sonic source that forwards music that is uniquely The Bad Plus. The spark continues on tracks like Anderson’s lyrical “Do It Again” and the post-rock twists and turns of King’s “Gold Prisms Incorporated.” This is an album where pop, blues and folk meld with classic melodies and rhythmic innovation into that rarest of hybrids: intelligent music for the masses.

A genuinely leaderless trio, The Bad Plus is equal in every respect, from composition to performance to production. The interplay between these collaborators has marked the group’s work from the jump, infusing it with carefully considered spontaneity, subtlety, style, and depth. An intense emotional twang permeates pieces like King’s “Adopted Highway” and the Iverson composition which gives Inevitable Western its title, evokes a spacious milieu redolent of Wim Wenders’ Paris, Texas and the American West of Richard Avedon, dusty and open, weathered but free. Rich with mystery, Inevitable Western is The Bad Plus at their best, affirming them as one of the most audacious and imaginative musical collectives of this or any other era.

Inevitable Western was produced by The Bad Plus in January 2014 at The Terrarium in Minneapolis alongside engineer/mixer Jason Orris; the Executive Producers are Darryl Pitt and Chris Hinderaker.