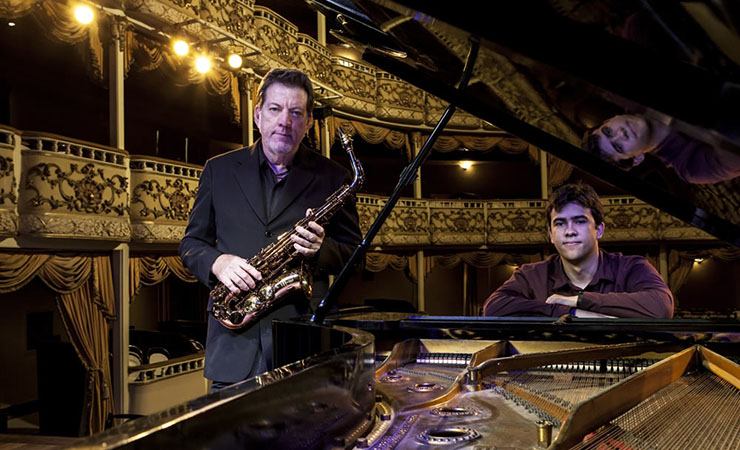 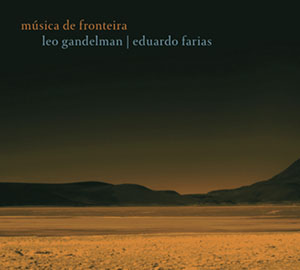 Since the last decades of the nineteenth century, from the rise of Choro and authors such as Ernesto Nazareth, a musical territory began to be demarcated between the popular and the scholarly, the border between these worlds was defined by gathering what was most interesting in each one. Rhythmic variety and virtuosity, refinement and communicability, impromptu and formal rigor. Not surprisingly, the great composers of the twentieth century occupied this rich territory: Heitor Villa – Lobos Pixinguinha, Radames Gnattali, Tom Jobim, Egberto Gismonti, among many others. “Música de Fronteira” (Border Music) creates this collection by two musicians from different generations, but they bring in common a willingness to put sensitivity and virtuosity in the service of the work of these authors, with an open musical approach, capable of reflecting the freedom with which the pioneers in that territory acted, breaking prejudices. The meeting of the experience of Leo Gandelman, who is used to moving between classic and popular with the youthful vitality of the piano soloist Eduardo Farias, highlights the richness of the repertoire and creates a timeless unity among the authors involved. The concept of “frontier” itself is expanded, seeking new windows of improvisation and treating treasures of the past as something alive and with possibilities not yet fully explored.

One of the most celebrated musicians of Brazil, saxophonist Leo Gandelman reached an entirely unique level in Brazil – and rare even worldwide – is adored by the general public, young and pop, and also by fans of MPB. Likewise, his name is associated with the excellence and virtuosity of concert music as a soloist, in performances of established orchestras and chamber recitals.

In fact, Leo Gandelman exceeds the boundaries between classical and popular when it comes to the quality of his saxophone, providing an advanced level of appeal to emotion and pop concert pieces and, on the other hand, exercising the talent in the interpretation, the purity and precision sound in folk and instrumental music. Saxophonist, arranger and producer, Leo Gandelman is today one of the most influential musicians in Brazil. Son of a classical pianist and a conductor, at age 15 was already a soloist of the Brazilian Symphony Orchestra.

Besides the solid classical education, Leo Gandelman studied at Berklee College of Music in the United States, returning to Brazil in 1979 to start a professional career. Since then Leo has focused intensely on his career, having participated in more than eight hundred recordings. He began his solo career in 1987, drawing primarily on Brazilian music and jazz, always with clear versatility and creativity. These are trademarks that caused him to be elected for fifteen consecutive years “Best Brazilian instrumentalist” by the contest “Diretas na Música” of the Jornal do Brazil. His work has also been launched with great success in the United States, where Leo has developed a remarkable career, complete with six seasons of full house at the Blue Note in New York.

In 2009 participated in the “Moscow City Jazz Festival” and also in Caracas (Venezuela) where, under the baton of Issac Karabitchevsky, was guest soloist of the “Youth Orchestra of Caracas. In 2010 toured Spain, Russia and Italy with his quartet, besides participating in jazz festivals in Brazil. In 2011 released his independent label “Saxsamba” and the CD “Origins”, sax and piano concertos. In 2012 released the CD and DVD “Vip Vop” for his Saxsamba seal, which was also released in Europe by the label “Far Out recordings”, receiving rave reviews and excellent visibility. The song “Vip Vop” was chosen as the theme of the novel “War of the Sexes” Rede Globo. In 2013, Leo Gandelman devoted himself to tour VIP VOP, to special projects with orchestras and also to the launch of the “Ventos do Norte” (Northern Winds) album, whose design is a tribute to the northeastern saxophonists who played a key role in building the language of Brazilian Saxophone.