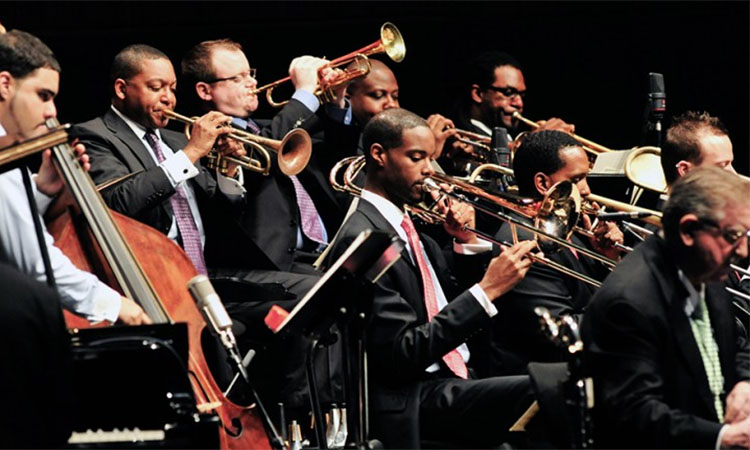 The music of legendary Brazilian composer and multi-instrumentalist Moacir Santos (1924–2006), born in Flores do Pajeú, Pernambuco, will also be explored. Percussionist Cyro Baptista join the Jazz at Lincoln Center Orchestra with Wynton Marsalis to perform the music of the man known as the “Brazilian Duke Ellington” in Rose Theater. Brazilian Festival concerts and events will take place in Frederick P. Rose Hall, home of Jazz at Lincoln Center, located at Broadway at 60th Street, New York, New York. The concerts will also stream live in high-definition audio and video for free to a global audience via jazz.org/live.

The late Moacir Santos’ work illuminated the soul of Brazil, creating a truly national music, which has been recorded extensively by hundreds of artists. Melding Afro-Latin influences with improvisation and jazz harmony helped make Santos a genuinely original voice in Brazilian music. Santos was orphaned at an early age, and taken in by a family who helped him take music lessons. He continued to learn the music of Brazil throughout his formative years, garnering an encyclopedic musical knowledge. Though late to receive proper international acclaim, his 2004 album Ouro Negro helped Santos to reach newfound celebrity among generations of Brazilian musicians and music fans worldwide. Wynton Marsalis also played on Santos’s final album Choros & Alegria (2005). For these two concerts, the Jazz at Lincoln Center Orchestra with Wynton Marsalis are joined by acclaimed Brazilian percussionist Cyro Baptista to explore the music of the “Brazilian Duke Ellington”. Featured tunes that evening will include new arrangements by Marsalis and JLCO members Ted Nash, Victor Goines, Vincent Gardner, Ali Jackson, Christopher Crenshaw, and Marcus Printup of classic Santos’ tunes such as ‘Coisa No. 8 (Navegação)”, “Coisa No. 5 (Nanã)”, “Lemurianos”, “Bluishmen”, and more. Free pre-concert discussion at 7pm with special guests on both nights.

*Due to unforeseen circumstances, composer-arranger-guitarist Mario Adnet, originally scheduled to appear on this concert, will be unable to perform.

Historically a folk music associated with the pre-lenten Carnival of Pernambuco, the brilliance of frevo lies in its evolution, influenced by religion, elaborate dance, and varied instrumentation. Saxophonist Inaldo Cavalcante de Albuquerque, also known as “Maestro Spok,” is considered a frevo maestro with an adventurous mind. Drawing from the democratic underpinnings of jazz, Spok uses improvisation as an exercise in expressing freedom, taking this music from the streets of Brazil to the international stage. His 17-member orchestra demonstrates both deeply traditional roots and explicit jazz elements. Special guests Melissa Aldana and Wycliffe Gordon join the orchestra for their Jazz at Lincoln Center debut. A native of Chile, Aldana is the 2013 Thelonious Monk International Jazz Saxophone Competition winner, the first female to take home this prize. Renowned trombonist and Downbeat poll topper Gordon, a former member of the Jazz at Lincoln Center Orchestra, rounds out this performance. Free pre-concert discussions at 6pm and 8:30pm on both nights.

Jazz at Lincoln Center’s 2014–15 Concert and Education Season features a season-long journey “through the Americas.” Through a diverse array of concerts and programs, Jazz at Lincoln Center’s 27th season will explore how jazz has both integrated and influenced the rich musical traditions of the Caribbean and North, South, and Central America. This season, Jazz at Lincoln Center also celebrates the 10th anniversary of Frederick P. Rose Hall, “The House of Swing,” which opened its doors on October 18, 2004. Click here for the complete season schedule.

Tickets can be purchased through jazz.org 24 hours a day or CenterCharge at 212-721-6500, open daily from 10am to 9pm. Tickets can also be purchased at the Jazz at Lincoln Center Box Office, located on Broadway at 60th Street, ground floor. Box Office hours: Monday-Saturday from 10am to 6pm (or 30 minutes past curtain) and Sunday from noon to 6pm (or 30 minutes past curtain). Hot Seats, $10 seats for select shows in Rose Theater and The Appel Room (9:30pm performances only), are available for purchase to the general public on the Wednesday prior to each performance. Subject to availability. Jazz at Lincoln Center’s Hot Seats Ticket Discount Program is supported by the New York City Department of Cultural Affairs in partnership with the City Council.